Check mate, and I’m off to Ingles 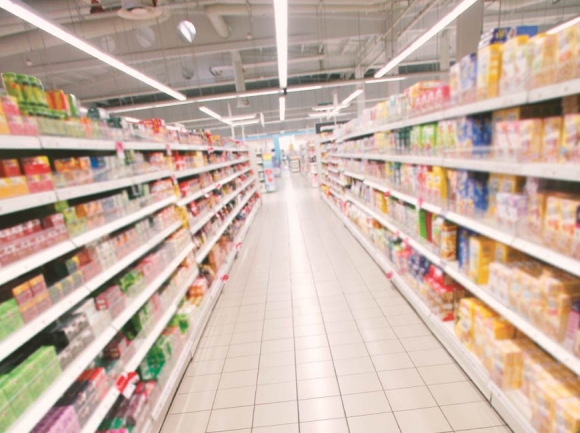 My wife and I do not play chess. A few years ago at a company Christmas party, we were participants in a game of Dirty Santa and came away with a chess set featuring oversized chess pieces that glowed in the dark. I had originally opened a gift I actually wanted — a big coffee mug with a nice bag of gourmet whole bean coffee — but some guy in a hideous Christmas sweater swiped it from me because he drew a better number and preferred my coffee bonanza to the chess set that he opened.

On the way home, I thought maybe the chess set would work out. I had learned to play in high school and even played a little in college when we were all out of beer money and had nothing much to do on the weekends on my dorm hall. I could teach Tammy to play, and we’d spend snowy afternoons playing chess over mugs of hot cider or hot chocolate, listening to Leonard Cohen on the stereo while the snow flew just outside the dining room window.

But we didn’t. We never opened the chess set, never took it out of the bag we brought it home in. Instead, we “re-gifted” it the very next year at the company Christmas party, which — unless I am just being paranoid — raised quite a few eyebrows. Is there a Dirty Santa decorum we don’t know about? Who cares? We ditched the chess set and walked away with a sweet collection of bath oils.

Besides, Tammy and I already play our own version of chess, only a far more complex game, one that requires not only great skill and cunning, but also a firm grasp of psychology, philosophy, and military strategy. We do not have a formal name for it, but for the purpose of this essay, let’s just call it, “Who’s cooking tonight?”

It is probably evident by now how this cycle works. In a better world, one of us would have developed an interest in cooking as a passionate hobby (“Who is up for some Lemon Trout Almondine?”) or inherited it as a family heirloom (“Hey, those chicken and dumplings are JUST like Mamaw’s!”). But we live in this imperfect world, where a family of four often winds up eating cereal out of the box for dinner like a bunch of broke college students. Or sending the short-straw-drawer for Chinese takeout. Or pizza. Or anything that does not require any preparation whatsoever.

When the better angels of our nature prevail, we remember that we are not millionaires and that we need to be both more budget conscious and health conscious. In other words, we need to cook. But who? And when? And what?

Our basic plan for many years is that we will alternate nights cooking and let that be the end of it. Instead, it was just the beginning, the beginning of cooking chess, or “Who’s Cooking Tonight?”

A typical game might go something like this. It is my night to cook, but I know that all we have in the fridge is one skinny, frozen tilapia filet hiding under some grape popsicles in the freezer, a pack of chicken breasts with rib meat that is probably two days past the expiration date, and a package of tofu. Tammy has an excellent tofu recipe in her repertoire. I have nothing in mine. On my way home from work, the prospect of slicing the tofu into little cubes and stir-frying it in the wok with some Teriyaki sauce is so sad and unsettling that I have to turn up the music and force myself to think about something else. And that something else will be my first move on the board. I tell Siri, “Call Tammy, mobile.”

“Hey, honey! Look, I know it’s my night to cook, but I have a situation with a student I need to take care of, and a stack of rough drafts that need to be critiqued. If I cook, I won’t have time to enjoy an evening with you after dinner.”

Queen’s Gambit, an old favorite. Now, it is Tammy’s move.

“Ah, that is a shame, sweetie. I would love to cook tonight, just love to. But I promised Lucy we would walk around the lake after work. She had something she wanted to talk about. I was just putting on my trail shoes when you called. Lucy is here and says ‘hey.’”

Of course, the albin counter gambit. I should have seen that coming.

“Hey to Lucy. I hope you all have a nice walk. You know, darling, I don’t mind getting out the tofu and rinsing it if you wanted to maybe cook that coconut curry dish that the kids love so much. And it is so healthy!”

A sudden bold move with my knight, using the kids for emotional leverage. I’ve won more than one match with this move. But not today.

“Oh, I promised them I would make that tomorrow night, babe. We’re out of curry anyway. I was going to stop in the morning to pick some up along with some paper towels. Hey, what about that chicken stir-fry and brown rice? Everybody likes that! You, sir, are the stir-fry master!”

My knight has been captured by the queen. Now I can only retreat and play defense.

“But we’re out of broccoli. And I think the chicken might be bad. You know how you are about salmonella.”

“Ah babe. If only there were a place you could go to get fresh broccoli and chicken. Hey, I know! There’s an Ingles right on your way from work, and then a Food Lion as well. Take your pick. You could even get us some ice cream and a movie from Red Box.”

I’m down to my last move.

“But those rough drafts …”

“Hon, you’re a pro and you know it. Do you know how lucky I am to be married to a man who can do all the things you can do? Do you know how sexy you are stir-frying chicken? Did you remember that it is Wednesday?”

In the game of “who’s cooking tonight,” sometimes you win and sometimes you lose. I swing into Ingles and grab one of those small carts, just big enough for one large rotisserie chicken, a family-sized container of potato salad from the deli, and a can of French-cut green beans. It’s not sexy. It’s not really “cooking.” But it beats cereal. After all, I will need all my strength for tomorrow’s game.