Is this the demeanor of a Supreme Court justice? 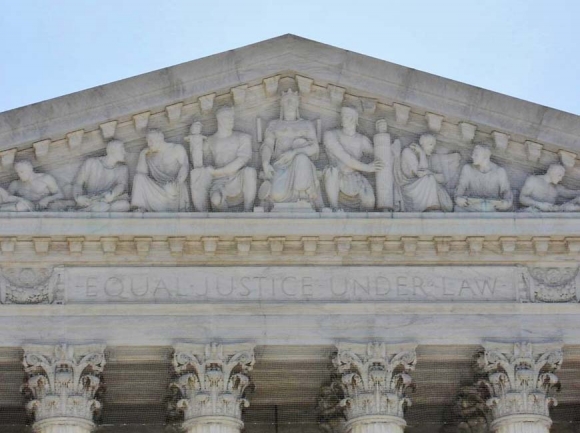 I did not go to college with Brett Kavanaugh, but I went to college at about the same time he did, and the portrait that has emerged of him over the past couple of weeks is one that I remember pretty clearly. There were plenty of beer-loving, weightlifting, cocky, entitled, belligerent frat boys on lots of college campuses in the early 1980s.

You would find them preening at the local bars, singing too loudly, invading others’ space, splashing beer on people, daring anyone to complain about it. My friends and I, most of whom were also beer-loving and some of whom could be pretty obnoxious themselves if under the influence of 10 or 12 glasses of Schlitz Malt Liquor Bull, we really, really, REALLY hated those guys. You see, these guys were already all of those things before consuming their first beer. They just used beer like kerosene to inflame these qualities.

Of course, the Kavanaugh hearings were a spectacle, political theater that the Democrats played some part in staging. But that has no bearing on whether Christine Blasey Ford’s claims that Kavanaugh assaulted her when they were both in high school are credible or fabricated. Predictably, Americans seem to be split along party lines — to the extent that Donald Trump has for now assumed control of the Republican party and made it in his own image. That is, the party that was once obsessed with the deficit and the sex lives of the Kennedys and Bill Clinton has, in the age of Trump, seemingly lost is appetite for these former obsessions.

The issue of evidence in the Kavanaugh case is more problematic. What is alleged to have happened was a long time ago, so it is not surprising that the details are fuzzy for people who may have been at the same party. I attended a lot of parties myself during my high school and college years. Some I remember only in fragments, some I am sure I do not remember at all. For the majority of people, nights like these remain vivid to us only if something extraordinary — or extraordinarily traumatic — happened, in which case the details will become forever etched in our consciousness … but not in the consciousness of our friends who were there.

It is a nightmare scenario for both the accused and the accuser, as well as for a judicial system trying to get to the bottom of what happened. A false accusation could ruin the reputation of the accused for life, which is what Kavanaugh and his supporters are alleging is going on now.

On the other hand, if the accusation is true, justice is not delivered, and the accuser is not believed, not only does that double down on the trauma the victim experienced the first time — in effect, a second violation of her — it has a dreadful chilling effect on other victims coming forward with their stories, thus perpetuating what some have called the “rape culture.”

In these scenarios, women are deemed responsible for ruining the reputation of men either out of spite or an unwillingness to take responsibility for their own role in “provoking” or misleading the man, or by exaggerating what happened, or by trying to mitigate their shame in participating in a voluntary act by saying it was rape afterward.

Over the past few days, I have seen and heard a lot of highly agitated talk from some women on the right who are suddenly very worried about their sons, husbands, brothers, or other men in their lives being framed by this new wave of false accusers who have suddenly appeared on the scene. My goodness, if this can happen to a fine man like Brett Kavanaugh, then it can happen to ANYBODY!

There are several problems with this point of view, including the sheer number of attacks by men that go unreported every year, as well as those that are. Violence against women is a very serious, deeply disturbing issue that must not be minimized by the propagation of this false narrative. This is not to say that false accusations never occur, but these must be weighed against accusations that are never reported and viewed within a cultural context. We are talking proportion here. Some studies have shown that one out of every five women has been sexually assaulted at some point in her life. That is an astonishing and alarming number.

Then there is also the problem of witness credibility, which in these cases is often all we have to judge if there are no witnesses and no compelling physical evidence. I found Ford’s testimony to be credible.

Kavanaugh, on the other hand, was belligerent, theatrical, political (was a reference to the Clintons necessary?) and often on the verge of becoming unhinged altogether. Yes, I know he was under enormous pressure, but one would expect a nominee to the highest court in the land to comport himself in a more dignified manner. Moreover, I do not believe he was honest about his drinking (other than liking beer, and I mean REALLY liking it) or even the meaning of those absurd terms in his yearbook.

In short, I found him to be less credible than she was. If the FBI finds that he was, in fact, lying under oath, his name should be withdrawn immediately from consideration for the Supreme Court. And Lindsay Graham ought to look into moving back into the private sector.