Oil Nut, that most curious fruit 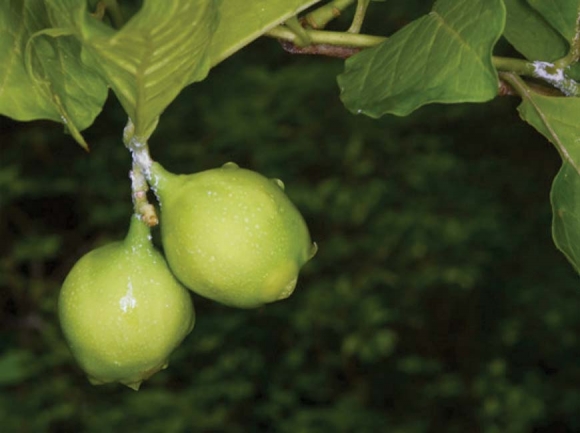 For Elizabeth and me, the fall season is one of the most invigorating times to get out in the woods and prowl around. Many of the most beautiful wildflowers found in the Blue Ridge, especially the lobelias and gentians, are then coming into their own. And most of the others are in their fruiting stages. The transition from flower to fruit (or seed) is both logical and enjoyable. The varied fruiting forms — which run the gamut from drupes, berries, and pomes to follicles, utricles, loments, and legumes to capsules, achenes, samaras, and nuts — are as attractive and intricate in their own way as any wildflower. And they are, after all, the grand finales of the germination-flowering-pollination cycle.

Some plants are more conspicuous in their flowering form while others stand out when they produce fruit. The latter would include doll’s-eyes, hearts-a-bustin’ or strawberry bush, virgin’s bower, sumac, carrion vine, pokeberry, sassafras, chinquapin, foxtail, wild oats, bittersweet, winterberry, American holly, mountain ash, ginseng, nightshade, wild yam and many others. A peculiar instance is oil nut (Pyrularia pubera), a fairly large shrub in the Sandalwood Family (Santalaceae).

During every fall season, I have several people contact me to ask, “What is the name of that plant with the curious little green fruits that resemble pears?” Answer: oil nut, also known as buffalo nut, elk nut and tallow nut.

In floodplains and upland woods, oil nut thrives in the mountains from southern Pennsylvania to Georgia and Alabama. It bears inconspicuous small greenish flowers from late April through May. The leaves are prominently veined, alternate, deciduous, and lance-shaped, often being long-pointed at their tips. When it’s not in fruit, I recognize the plant by the distinctive apple-green color of these leaves. It’s the only species of the genus Pyrularia found in the western hemisphere — the other three being natives of southeastern Asia.

In late summer and fall, oil nut displays a pear-shaped fruit that’s an eye-catcher. It contains a single round brownish nut about the size of a marble. The green exterior husk is mealy and oily, while the interior of the nut consists of meat about the color and consistency of that found inside an acorn.

The common names oil nut and tallow nut suggest that the fruit might provide a substance that would burn. And this is supported by S.B. Buckley, a botanist who roamed the Blue Ridge during the nineteenth century, who wrote that the fruit is “so oily that it will burn like a candle if a wick be drawn through it.” 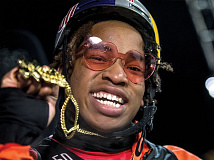 In John Lyon, Nurseryman and Plant Hunter, and His Journal, 1799-1814 (1963), botanical historians Joesph and Nesta Ewan made some interesting observations about the botanical interest in oil nut during the nineteenth century:

William Hamilton, for whom Muhlenberg named the oil-nut Hamiltonia oleifera, and B.S. Barton were interested in the product, and perhaps Lyon may have hoped to find a large enough quantity to merchandise the nuts, which sometimes attain the size of a ‘musket ball.’  F.A. Michaux sought and found Pyrularia a short distance from West Liberty Town, near the plantation of Mr. Patrick Archibald in western Pennsylvania in July, 1802 . . . Michaux describes how his father (Andre Michaux) had discovered the shrub fifteen years previously in the mountains of South Carolina, but had been unsuccessful in growing it in cultivation.

In Cherokee Plants: Their Uses — A 400 Year History (1975), Paul B. Hamel and Mary C. Chiltoskey recorded that the early Cherokees called the plant “colic ball” in reference to the inner nut, which was chewed so as “to make vomit for colic.” They also prepared a salve from the fruit that was reputed to cure “old sores.”

Although oil nut quite obviously produces its own chlorophyll, it is partially parasitic, deriving water and minerals from the rootstock of several hosts in the plant communities where it grows, primarily various hardwood trees and shrubs. It has also been identified as a potential parasite on Fraser fir trees, when they are grown at lower elevations to be sold as Christmas trees.