This must be the place: You who are on the road, must have a code that you can live by 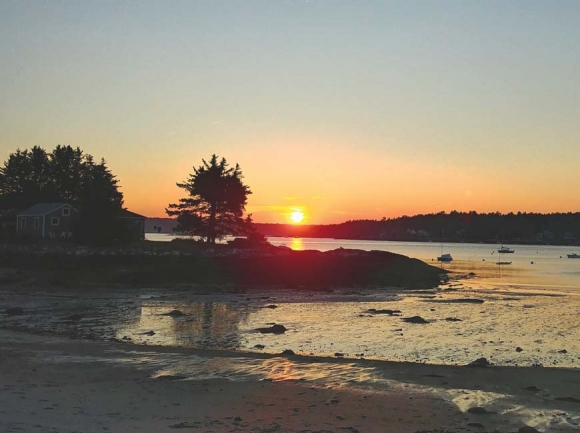 I had to really think back and question it. Had I ever crossed that line into what could be considered sexual assault during my interactions with the opposite sex? I mean, no, I haven’t ever. At least, I felt I had not in my immediate recall.

But, I also was trying to truly dig deep into my memory, to think about perhaps a time where I had too much to drink in college or whatever, and disregarded the line between right and wrong, a time either lost in a haze of booze or purposely suppressed to hold one’s accountability at arm’s length.

Thankfully, there wasn’t anything in the walls of my mind that would raise a red flag. But, did I ever comment to a male peer about an attractive woman nearby at a bar or a party? Yes, I had, many-a-time. I would ask any male out there to cast the first stone if he hadn’t ever done the same, at least once in his life. This is not to pass the blame, but to show just how prominent of mindset we’ve evolved (or always have retained even) into the digital age.

This isn’t “boys being boys,” more so a societal culture that champions the alpha male type, one who will seize and conquer what is “rightly his,” as disgusting as that sounds. But, we as men are told early on to “eat or be eaten,” a sentiment that almost always would find its way into our thoughts when at a social gathering with other males also looking for a date, a girlfriend, or even a random one night stand. “Don’t be a coward, go talk to her,” our peers would say, harassing us to make the move.

You’re taught as a teenage boy that the only way “to get a girl” is to be confident. But, under the curtain of cheap beer and liquor, that confidence can quickly mold itself into aggressive behavior, where you find yourself in this “all or nothing” scenario that you “must complete” the task at hand, or else be marked by your cronies as someone who “couldn’t seal the deal.” It’s something that has been at the foundation of our society for decades — heck, centuries — in literature, film, music, advertisement, and the vast, haphazard landscape that is pop culture.

And I think of all those girls I knew back in middle/high school who were either taken advantage of or rumored to be a “slut” or “easy.” They immediately became social pariahs in the hallways even if they did nothing wrong. Some of those females, to this day, never really recovered from that ridicule and judgment. The trajectory of their lives immediately shifted, all while the male in every single one of these situations was never really so much affected, but saluted by his peers for the latest notch in his belt.

That same double standard reared its head in college and post-college, even to today and beyond. In college, it was all about who could drink the most and score the most. You found your spot in the hierarchy of collegiate and fraternal society by who could cause the most chaos with the bottle, but also hold enough composure to be suave and charismatic to not go to bed alone.

Following college graduation, I ended up in a ski town in the Rocky Mountains. If you’ve ever wandered through or visited a ski town, it’s pretty much like college for adults — the party never ends, this “Peter Pan” vibe, even if you’re middle-aged or older. My first day there, I remember someone talking about how some couple recently broke up and how “Well, here? You didn’t lose your girlfriend, you lost your turn,” which referred to the high numbers of males versus low numbers of females in the cold, snowy terrain.

And anytime a new, unknown woman would roll into the ski town, it was like blood in the water of a shark tank. Either you get to her before the night was over or she’d have a boyfriend by the following weekend, this sexual urgency that was completely flawed yet completely justified by those practicing it.

At 33, I’m well into adulthood these days. And it never ceases to amaze me the conversations I find myself in nowadays, where a female friend would confide in me her dark past, not created by her own doing, but put onto her like some ball and chain she has to forever walk with. Truth-be-told, most women who are sexually assaulted never really mention it afterwards, not even to close friends or family, either out of personal fear, a misguided feeling of shame, or simply they don’t want to remember.

Now, I know I may seem like I’m all over the map. But, this issue, one currently permeating through our entire country and judicial system right now, is all one thing, you know? All of these ways and means by which teenage transgressions and real adult consequences are at the heart of the #MeToo movement. I’m not preaching to all y’all. I’m simply telling you what I’ve seen and experienced in the trenches of adolescence and adulthood. And it’s as bad as you would think — probably far worse.

So, what do we do about it? First off, be aware of situations around you where the scales are being tipped towards a bad outcome. This could be at a bar, brewery, party or social gathering. If you see something, say something. It’s that easy. Don’t be on the sidelines when those on the field are committing aggression towards the opposite sex. And “teach your children well,” as the old Crosby, Stills, Nash & Young song says. It’s true, it all starts at home. Be a positive influence to the young minds of tomorrow.

I don’t pretend to hold the answers to the hard questions facing our society at this crossroads. And I won’t give up on trying to make sense of it all, to find ways to heal the wounds of the past and also prevent future inflictions. But, regardless, I will continue to take the time and respect to listen to the victims, whether female or male, who are ready and willing to talk to someone, anyone.

4 The “Libraries on Tap” brewery tour will continue at 6 p.m. Tuesday, Oct. 9, at Lazy Hiker Brewing in downtown Franklin.

5 There will be a DVD release party for acclaimed writer Gary Carden’s play “Birdell” at 6:30 p.m. Friday, Oct. 5, at City Lights Bookstore in Sylva.