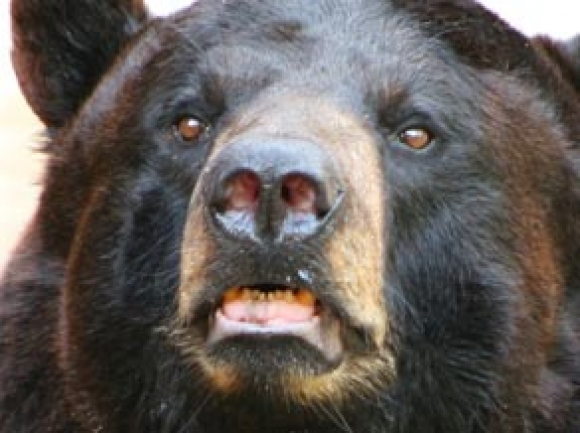 At about 10:30 p.m., Toni Rhegness, 75, was walking her dog on a leash in front of her house when she saw three bear cubs in a neighbor’s trash, which was scheduled for pickup the next morning. The dog barked and Rhegness shouted to scare the cubs off, picked up her dog and headed toward the house. However, she hadn’t seen the adult female bear, and the bear bit Rhegness and scratched her repeatedly.

Rhegness’ husband took her to the hospital, where she was treated and released.

However, the attacking bear was ultimately euthanized. N.C. Wildlife Resources Commission staff trapped the bear and cubs over the weekend, deciding to euthanize the mother bear in order to protect human safety and keep the cubs from learning aggressive behavior. The cubs were deemed healthy and old enough to live independently, and were relocated to a remote area.

According to Colleen Olfenbuttel, bear specialist for the Wildlife Commission, Rhegness followed proper bear safety procedures but was the victim of an unusual “perfect storm” of events. This included the fact that bears can be protective while feeding, and of their young; the dog barking throughout the incident; dark conditions making it hard to see the female bear; and the fact that bears are most active at night, when the incident occurred.

Bear safety is especially important this year, Olfenbuttel said, because heavy rains earlier in the year have resulted in a substantial lack of natural foods for bears.

“This lack of food means bears are getting bolder and going into neighborhoods and other places they may normally avoid seeking food,” Olftenbuttel said. “Unsecured trash cans left out overnight are one of the biggest attractants to bears.”

Read up on bear safety at www.bearwise.org