As the buckeyes fall, I await my old friend 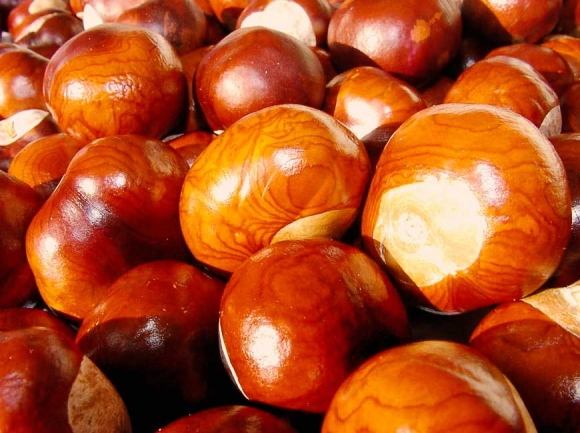 The sounds, the feel of the coming fall is always comforting, like reconnecting with an old and dear friend.

It was just shy of 8 a.m. Saturday as I opened my book, blowing lightly at my steaming coffee. I sorted the pillows from our porch furniture on my lap so I could aim the pages in the direction the sun would appear when it cleared the mountain. Angling the book to catch just the right natural reading light is tricky early in the day on the covered porch. My wife, Lori, and I usually play this game together and against each other, the early riser getting the best spot, the loser spending more time than the other to coax the sunlight into position.

But she was out of town, so I settled in and reveled in the chill. Not cold, not yet, probably high 50s, but the air held more of fall than summer. I remembered climbing on my motorcycle and going to work one day last week and the same thought had come: fall is coming, the wind cool, exhilarating as I thought about my riding gloves useless in the closet at home and switched on the throttle handwarmers.

As I settled in to read, the squirrels and chipmunks provided background noise. Constant running, jumping and, I guess, storing food. The sounds of leaves scattering and the vocalizations, squeaks from the squirrels and a chirping from the munks.

Our resident crows — who seemingly have lived here as long as us — joined in. They ratchet up the early morning cawing during the shoulder seasons, as if announcing something important.

But it was another sound portending fall that distracted me enough to make me turn away from the story. Three large huge buckeye trees help form the edges of the land that was cleared for our house. The large, greenish-yellow husks were falling, the noise louder than I could ever remember. Three, four, five in a couple seconds, pounding down on the gravel driveway, some breaking open to reveal the rich, mahogany- colored seed, considered good luck by many.

It was actually the fallout from two of the trees making all the noise, the trees that get more sun I suppose. I drained the dregs of the first cup of coffee, got up and wandered down the drive to peer up at the canopy to see if something was making the seed shells fall. Nothing there; it was just time.

As I craned my neck upwards, more dropped close by. I wondered what kind of damage one of those husks could do dropping from 40 or 50 feet, coming down on my head.

I remembered the year our kids gathered up the treasures, gave them a quick polish and sold them at Waynesville’s Church Street Festival. They propped a table up in front of our office, which at that time was on Church Street. They made some money. A quick online search shows that a half-pound bag of buckeyes sells today for $9.99 from an outfit called Curious Country Creations. That’s about 25 buckeyes. My kids, as I recall, asked 50 cents, and many amused festival-goers simply dropped a dollar on the table. Apparently they had the perfectly formed little charms priced just about right.

As I walked slowly back to my book, I noticed that a lot of the other trees were already turning. I spent my earliest years in a suburb of Virginia Beach, and then a few years in Guantanamo Bay, Cuba. I don’t even remember fall or the changing seasons during that time.

It was when we moved to Newport, Rhode Island, that I began to look forward to autumn’s coming. My father had a Navy friend who had retired to Fall River, Massachusetts, and I remember the drive up Aquidneck Island to visit them in the old country house that I think had belonged to his family. My mom would comment constantly on the leaves, the colors, the beauty. They had an old St. Bernard and two sons, and we would pile up the leaves and spend hours just jumping around and scattering them, then gathering them back up into piles.

When we next settled in Fayetteville, a land of pine trees and scrub oaks, fall meant hunting trips to the Pee Dee River area of North and South Carolina where my father’s family lived. We'd spend cool mornings and days in the woods, dogs running, just walking with the men at first and eventually shouldering my own shotgun as I got older. The days in the field were followed by massive meals and listening to the men and my aunts and cousins telling stories about the family, gossip from the textile mills where they worked, stories of previous hunts.

The buckeyes are falling again as I write this. It’s early Monday, and I go out to inspect the husks and notice the seeds are mostly gone, taken away by the squirrels I suspect. Some say they know how much to eat to avoid the toxins, and evidence right in front of me supports that supposition: perhaps a hundred husks littering the ground and torn open, some with obvious chew marks, but only a handful of buckeyes to be found.

Fall is closing the door on summer, winter is coming. The autumnal equinox is Sept. 22. And I’m thankful to live right here, to be able to witness this annual passage of the seasons, looking forward to greeting this old friend.