No hazy nostalgia with my first car 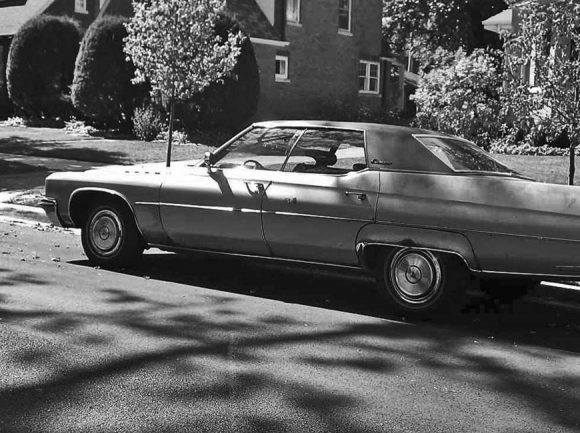 Some people’s memories of their first car are glazed with sugar, like candy apples at the county fair. It is just one species of nostalgia, I guess. A few of my classmates actually did drive cool cars, including some twins who shared a black Trans Am that was the envy of every teenage boy who had seen Burt Reynolds driving one in “Smoky and the Bandit,” which played for about 80 consecutive weekends at the Twin Oaks drive-in theater.

Most of us, of course, did not drive cars that anyone but our teenage selves would celebrate. There have been great songs written about Little Deuce Coupes, Little Red Corvettes, and Pink Cadillacs, but do you remember any great songs about a 1972 Buick Electra? This was my first car.

It’s not just that the car was as unsexy as a head of lettuce. Not even Bruce Springsteen could find words that rhyme with “Buick” or “Electra.” Not that he should. The 1972 Buick Electra was definitively not born to run. It was, instead, born to run out of gas. On a good day, the car got about eight miles per gallon, which meant I could barely make it to a neighboring town before the gauge plummeted below a quarter tank. When I pushed the gas pedal to the floor, I could literally see the needle move ever closer toward ‘E.’

I ran out of gas a few times, a problem compounded by the battleship dimensions of the car. When the Electra ran out of gas, I needed the football team to help me push it out of the road. My friend’s Toyota Tercel looked like something my car would have for a snack between meals. No wonder he never parked next to me.

There were even worse problems than the gas mileage. Every few days, symptoms of darker, deeper, more mysterious problems would suddenly materialize. Suspicious smells — sometimes a whiff of  a gas or oil, sometimes the scent of something very hot and maybe sweet, like someone burning maple syrup on a griddle — would waft through the vents.

The car often produced an extraordinary array of sounds that was not unlike an elementary school jazz concert. The percussive knocking from the engine, the squalling horn section in the steering column or worn brake pads, and a peculiar bass thumping from tires that could not maintain regulation air pressure. This was the music that competed with Van Halen playing on my Pioneer eight-track tape deck.

Truly, the car was a feast for the senses.

My conversations with my dad during this period usually began with an inventory of what the car was “doing” or “not doing.” I would tick off the list, and he would sigh.

“I’ll call Bob in the morning. You can just drop it off after school.”

It seemed to me that grown-ups never had car problems. And for the most part, they didn’t. What they had was car payments, a concept I would not come to understand for at least another decade, when I bought my first new car with my dad as chief negotiator.

There is no feeling quite like driving a brand new car off the lot, no smell quite like a new car smell, and no sense of security quite like that sense that your car is not going to break down on you before you get it home, not going to emit any noxious fumes, not going to blow a tire, not going to shudder like a dying cow when you stop for a red light, not going to light up the dashboard like a pinball machine, with the ‘check engine’ glowing bright as a neon sign. You get home, go to sleep, wake up, and there your new car sits gleaming in the driveway, a symbol of something you can’t quite put your finger on. It feels like everything may work out after all in this weary world of ours.

And then the payment book arrives in the mailbox one day. You take it out and thumb through five or six years of monthly payments, the dates all orderly and sequentially numbered. The payoff seems impossibly far away. What will you even look like in five or six years? Where will you even be? Suddenly, your new car, still gleaming (I guess, through the light coating of salt and mud) in the driveway but now with a small ding on the driver-side door and a ketchup stain on one of the floor mats, seems more like a prison sentence than a symbol of anything good or hopeful.

Welcome to the delightful calculus of car ownership. Just last year, we celebrated the payoffs of two cars, that wonderful feeling of liberation from being out from under those years of car payments. Since then, we have been living like teenagers, with our cars now well into their golden years, exhibiting the same unpredictable symptoms of decline that we remember from our Buick Electras, Dodge Darts, and Ford Granadas of yesteryear.

“Dad, the car is making that sound again, that sawing sound when I turn the wheel. The check engine light is on again, too.”

(Chris Cox is a writer and a teacher who lives in Haywood County. This email address is being protected from spambots. You need JavaScript enabled to view it.)