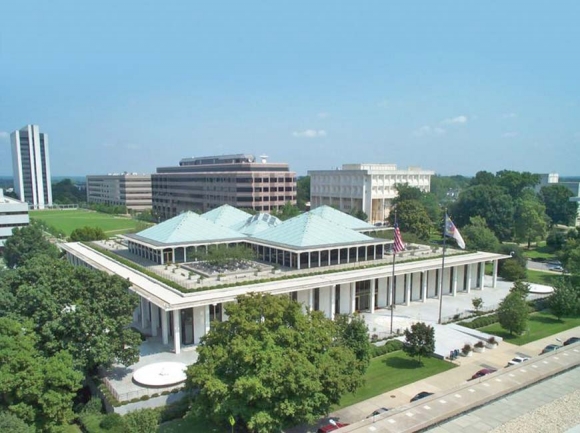 With a net pickup of four seats in the House or six in the Senate, North Carolina Democrats could break the Republican Party’s veto-proof legislative lock on Democratic Gov. Roy Cooper this November.

Currently, Republicans hold a 75 to 45 advantage in the House, and a 35 to 15 advantage in the Senate. Fundraising totals are often — but not always — strong indicators of any campaign’s viability and are documented meticulously by law.

Presented herein are those totals for three local House races, five regional House races and 16 other House races scattered about the state but deemed some of the “most flippable” by Durham-based Democratic advocacy group FlipNC. Also represented are 12 local, regional and vulnerable Senate seats from across the state, again as defined by FlipNC.

First and second quarter fundraising totals for 2018 are shown for all candidates, as is total fundraising for this election cycle, which began on Jan. 1, 2017, and runs through Dec. 31, 2018.

Cash on hand totals show the figure as of June 30, 2016 and June 30, 2018; where the current candidate was not the candidate in 2016, the 2016 candidate’s fundraising report was used for comparison and is denoted by an asterisk. When no candidate from that party ran in 2016, “n/a” is used. All data compiled by The Smoky Mountain News from North Carolina Board of Elections and Ethics Enforcement reports, retrieved online Aug. 1, 2018.

On July 12, the North Carolina Democratic Party announced that it had set a record for fundraising both in the second quarter of 2018 and at this point in a midterm cycle, with a $5.8 million haul to date. In 2014, that number was $800,000.

That sprit of generosity among donors seems to have filtered down to many Democratic House candidates who are also posting solid totals of their own in critical races across the state.

Of the 24 House races profiled, Democratic House candidates have outraised Republicans for the cycle in 17 and have more cash on hand in 15 of them.

Democrat Aaron Martin is one of them; he’s running against Rep. Kevin Corbin, R-Franklin, and has 10 times the amount of cash on hand than Corbin’s previous opponent had.

Numbers can be deceptive, however; Randy Hogsed only raised $125 by this point in 2016 while Martin has raised more than a thousand. Further, Martin trails Corbin for the cycle by $34,000.

Rep. Mike Clampitt, R-Bryson City, is being badly outraised by Waynesville Democrat Joe Sam Queen, but that’s nothing new. This will be the fourth time the two have competed, and second quarter reports dating back to 2012 show Queen outraising Clampitt in 2012, 2016, and 2018.

In another rematch, Rep. Michele Presnell, R-Burnsville, will again face off against Canton Democrat Rhonda Cole Schandevel, who also holds an early fundraising lead. Schandevel has collected $57,000 this cycle to Presnell’s $14,000, although Presnell does have slightly more cash on hand. In 2016, second quarter reports show Presnell with a larger balance of cash on hand at $42,000, to Schandevel’s $33,000. Presnell won the race easily.

Of the 16 most vulnerable races on the list, Democrats hold significant financial advantages in 10 of them. In some of the most important, 1st District Democrat Ronald Wesson is outraising Ed Goodwin and has more than twice as much cash on hand. In the 8th District, Republican Brenda Smith has raised less than $1,000 to Kandie Smith’s $27,000, and in the 19th District, Dem Marcia Morgan is outraising incumbent Ted Davis by about 30 percent.

As Canton Democrat Rhonda Cole Schandevel again faces off against Rep. Michele Presnell, R-Burnsville, this November, she’ll see many of the same challenges she saw in 2016, including raising enough money to win.

Observers gave Schandevel a strong chance last time around, especially based on her impressive fundraising totals — she ended up raising $450,185 for the cycle — but it wasn’t enough. Presnell, who raised a comparatively paltry $296,885 for the cycle, beat Schandevel handily, proving once again that money is important, but it isn’t everything.

Of course, there was plenty of outside money being spent both for and against Schandevel and Presnell, but in terms of candidate fundraising, Schandevel is in a much better position than she was even in 2016.

For Democrats, the Senate seems a harder battleground on which to contest Republican legislative domination, and judging by fundraising reports, more Democratic efforts — and dollars — have gone into House races.

But in the 12 Senate races profiled here, Democrats are fighting to remain financially competitive in almost half of them, outraising Republicans for the cycle in 5 of 12. Dems also have more cash on hand in five races, and have outraised the 2016 Dem in four.

Of the 10 most vulnerable Senate races, Dems hold significant financial advantages in three of them. Similar to Van Duyn, 15th District Dem Jay Chadhuri has raised $202,000 to Alan David Mitchell’s $750.

In the 17th District, incumbent Republican Sen. Tamara Barringer has raised an impressive $74,000 for the cycle, but it still pales in comparison to her Democratic opponent Sam Searcy.

Searcy’s raised $648,000 for the cycle, which includes a $500,000 loan. But while some candidates may take out loans to boost fundraising numbers with no intention of ever actually spending the proceeds, Searcy’s apparently not doing that — he has $374,000 still on hand, to Barringer’s $49,000.

Four-term senator and Franklin Republican Jim Davis enjoys some of the highest levels of voter support of any elected official in North Carolina.

That hasn’t stopped Franklin Democrat Bob Kuppers from challenging him, nor has it stopped Kuppers from aggressively fundraising.

Kuppers’ efforts appear to be paying off — through the first half of this year, he outraised Davis in both the first and second quarter, and has more cash on hand. He’s also outraised Davis during the entirety of this election cycle, which began on Jan. 1, 2017.

Still, Kuppers will need every nickel — from 2010 through 2016, Davis has earned 50, 57, 54 and 62 percent of the General Election vote, respectively. In some of the far western counties of his 50th District, his support hovers near 75 percent.