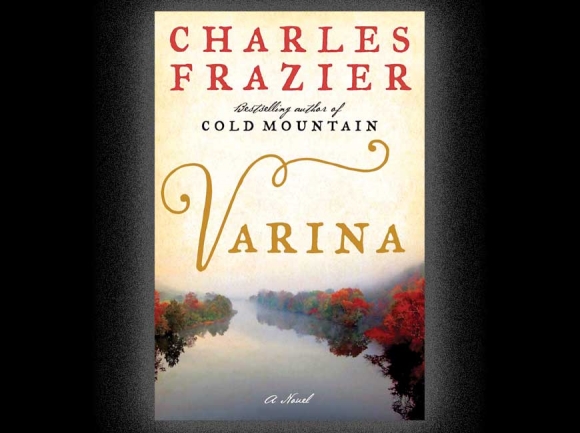 ... never acknowledging that the general culture is often stupid or evil and would vote out God in favor of the devil if he fed them back their hate and fear in a way that made them feel righteous.

Back in the eighteenth century, England developed a popular form of novel called “picaresque.” Essentially, this name was applied to a novel in which the hero or heroine travels to exotic places where they have exciting adventures. The characters were frequently a bit disreputable but survived in spite of the odds against them. Moll Flanders and Tom Jones were popular examples.

Charles Frazier has taken this form and turned it on its head in Varina, his latest novel. Varina Davis, the ill-starred wife of Jefferson Davis, the defeated president of the Confederacy, spent the majority of her life traveling. Frazier follows this remarkable woman as she moves through both time and space. While sharing the indignities and judgments heaped on her husband, Varina accepts her fate and learns to not only endure, but to acquire a kind of dignity.

There is one significant difference. Unlike Tom and Moll, Varina is never a comic character. Indeed, Varina, although subjected to the ridicule, contempt and the harsh judgment of both the press and post-war public opinion, retains her wit and charm. In effect, Charles Frazier provides his protagonist with “gravitas” or a well-earned dignity.

If the Civil War had not happened, Varina Davis would have lived the pampered life of the spouse of a popular senator who was already a decorated war hero. Although wounded and widowed, Jefferson was a politician with a gift for oratory. Although rumored to be in mourning for his first wife, he perceived Varina to he an ideal wife who could plan the dinner parties and provide the witty remarks on current events that would be repeated in the press, thereby making Sen. Davis and his wife the leading stars in the Washington galaxy. Indeed, Varina had already proved her worth in the constant wars with relatives, including her judgmental mother and disputes over property and wills.

However, she had barely adjusted to Washington when her husband was elected President of the Confederacy and Varina moved to Richmond where she watched this new government flourish and then founder and collapse. When Richmond burned, Varina escaped with a kind of “movable feast” ... a household composed of children, relatives, “extended family members” and friends.  Observers often compared Varina’s flight to the movement of a gypsy camp.

Jefferson Davis abandoned Richmond with a vague idea of fleeing to Cuba and possibly reorganizing his rebel government there. As the household travels, the “first lady” gathers a strange assortment of folks: Jimmy Slender is an abandoned child that Varina picks up in the streets of Richmond (she named him for his ability to bend his joints in an unnatural way), a collection of uncles and aunts many of which were African-Americans who had become a part of her extended family, several armed soldiers and a number of young rebel soldiers, the number varying from day to day. It may be that Jimmy Slender may be Frazier’s creation to suggest the “curse” that Jimmy lived under since he was uncertain of his race. Were his parents African-American?  His light brown complexion suggested it. The world around him was uncertain, too, and often indicated that he appeared to be “colored” and should wait outside until the Missus can see you.

One theme that runs throughout Varina like a dark thread is Varina’s drug addiction. Throughout her life she had been accustomed to taking both opium and laudanum for headaches, nervousness and anxiety. Like thousands of Southern women, Varina kept a steady stock of both drugs, although she preferred the opium which she took in a glass of wine. She was haunted by bad dreams and images of war, and the faces of her dead children. Varina always saw these drugs as a blessing since they afforded a means of suppressing terror and grief, and she recommended them to her famous visitor in her final years: Oscar Wilde.

It is on this journey to Florida that Varina experiences the full horror of the war. She sees the mangled bodies, the dead children, the bitter young men with empty sleeves, flapping pant legs, the eyeless and the mutilated. Years later, she will see them again in the hospitals and in towns throughout the South. When she bent close to the ear of a dying soldier, she whispered, “Go now. Just let go. The future holds nothing but pain for you, so go. Cross the river and escape into the green woods.”

The fugitives never made it to Cuba, of course.  While still passing through ruined towns and muddy roads, at a painfully slow rate ... less than 12 miles each day, they were finally captured. Both Jefferson, the remnants of his staff and Varina are rushed off to prison in Fort Monroe and the hysteria sets in as the press talks of traitors and judgment.

It is in prison that Varina has time to ponder all that she has seen, the burned plantations, the abandoned children and the ruined land. She kept a diary and wrote letters, vainly trying to pull remnants of the old life together. When she is finally released, she goes back to Richmond and spends time prowling through antique stores looking for the silverware, the dishes and the furnishings that were once hers. She sometimes finds remnants: a cracked plate, a few dishes and lo, a small painting by Whistler that she treasured.

There is little to suggest that the elderly Jefferson Davis treasured his youthful, intelligent second help-mate. In fact, upon being released from prison, he chose to live with a widow named Dorsey who intended to help him with his autobiography. He never finished it and it was Varina who, after Jefferson’s death, took the odds and ends of Jefferson’s writing and pulled them together, revising and expanding them. In the end, she dies quietly, almost like an after-thought or a footnote (pneumonia). I am left with a singular thought: Is this book an accurate depiction of Varina Davis, or is she totally a marvelous fictional personage created by Charles Frazier?

This is a wonderful book and represents Charles Frazier at his best. Varina contains some of the most moving passages of prose that I have read in some time. Those dealing with warfare are especially notable and the burning and retreat from Richmond moved me tremendously. The death of two young men in one of the ruined plantations on the “road to Havana” is like a synopsis of the entire war. This book deserves to be read slowly, and savored like one of Varina’s favorite meals: oysters coated in cornmeal and fried in hot bacon grease.

(Gary Carden can be reached at This email address is being protected from spambots. You need JavaScript enabled to view it..)