Least I got the blues: Justin Townes Earle on songwriting, Van Zandt 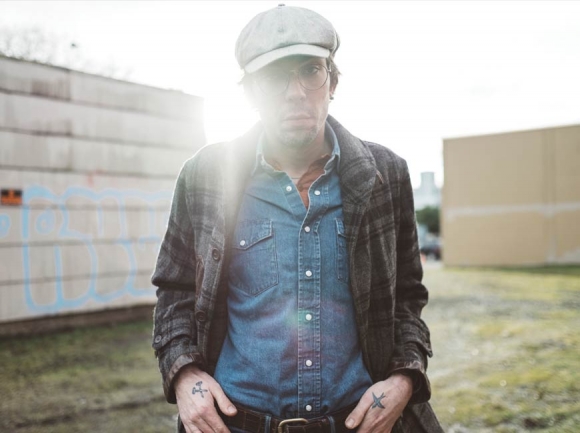 Justin Townes Earle is the son of beloved longtime troubadour Steve Earle, with his middle name in honor of the late Townes Van Zandt, a musical figure as tragic as he was talented. Though Justin had his own troubles out of the gate, between teenage transgressions and adulthood trappings, he has found emotional and professional footing in recent years, ultimately emerging atop the list of great lyricists and acoustic performers of the modern era.

In his melodies, Justin paints a truthful, poignant picture of life in America. It’s a rollercoaster of sadness and happiness, where when you’re in pursuit of your dreams, only the highest of the highs and lowest of the lows seem to emerge. And yet, though one may find themselves in the midst of those intensive extremes, you tend to also be well aware of where you currently stand, able to weather the storm in hopes of a new tomorrow.

The Smoky Mountain News recently caught up with Justin. He spoke of Van Zandt’s legacy, what it means to have a societal platform in this age of confusion and chaos, and why the only way to become great songwriter is to dive deep in the words of those who came before you.

Justin Townes Earle: Yeah, I think you can. Because I don’t think that it necessarily has anything do with the way your music is delivered, except for the fact that you tour and you present a good live show. The digital age is definitely changing the way that the music business is shaped. But, I don’t think that it has changed the amount of work that goes into becoming a songwriter, becoming a well-round musician.

SMN: [Is that] role of the songwriter as important now as ever before?

JTE: I do think that it’s more important, whether people know it or not. Hopefully we’ll have it circle back around like in they did in the 1970s. [There was] the late 1950s, early 1960s “folk scare,” and then in the 1970s Guy Clark and Townes Van Zandt come out and there was this kind of resurgence in the songwriter. The role of the songwriter is more important, but people aren’t paying as much attention as they did, but I don’t think that makes it any less important.

SMN: It’s been a little over 20 years since Townes Van Zandt passed away. What’s your biggest takeaway not only on his legacy, but the man himself?

JTE: Well, you have to look at Townes for what he is. And there’s two parts to that. Which is this incredible songwriter who had this incredible talent. But, you also have to look at him as a cautionary tale, how you can squander that talent. I don’t believe that Townes’ later records were as good as his early records. A lot of people say that “Live at the Old Quarter, Houston, Texas” (1977) is their favorite Townes Van Zandt, and I hate that. It’s not “Our Mother the Mountain” (1969) or “Townes Van Zandt” (1969).

SMN: Was there a moment when you realized a song could be whatever you wanted it to be?

JTE: Yeah. I think that kind of came in hindsight. I loved Nirvana when I was a kid. It didn’t take me long, probably in my late teens, where I went back and realized what a great songwriter [Kurt Cobain] was, what the influence was he had over me as a songwriter. He’s definitely somebody who broke a lot of rules according to a lot of songwriters — lyrically and musically. You don’t want to formulaic about the way you write songs. But, I’m not one of those people that says there are no rules. Hell yes, there are rules. It’s like the way I think about baseball — there are rules, but if you can get outside of those rules, there’s a reasonable question that you may be able to do it.

SMN: Was there ever a piece of advice you carry with you now that you initially blew off?

JTE: Absolutely. My father telling me “you can’t be a songwriter if you don’t read.” It was something that I blew off until I was in my late teens and early 20s. Then I really found the importance in that, even today it makes more sense to me.

Editor’s Note: To listen to the entire conversation, you can stream the audio for free by going to YouTube and searching: “Justin Townes Earle Garret K. Woodward.” To message Woodward, email: This email address is being protected from spambots. You need JavaScript enabled to view it..

Justin Townes Earle will hit the stage at 9 p.m. Friday, June 1, at The Grey Eagle in Asheville. Tickets are the show cost $17 in advance, $20 day-of-show. Indie-rocker Lilly Hiatt will open the performance. For more information and/or to purchase tickets, visit www.thegreyeagle.com.