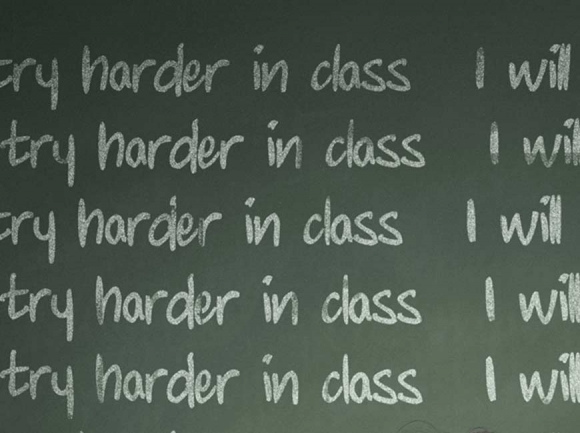 The first time I met Owen Gibby, he immediately reminded me of my favorite television character of all time, Deputy Barney Fife, and as I got to know him, that impression only intensified. They are about the same size and are both prone to exaggerated bug-eyed facial expressions, double takes, and dramatic pauses. I suspect that they learned at a very young age that being the funniest guy in the room has a lot of advantages for smaller guys trying to find their way in the world. Not only is being funny disarming, it turns out to be a better way to meet girls than anybody could have guessed.

Another thing Barney and Owen share is a love of the law, except Owen’s law is grammar, which he has been enforcing in his college English classes for 35 years with cases and cases of red pens, marking his students’ essays up with merciless precision and ruthless margin notes.

He’s as tough on boys who “seen a cat” as Barney was on jaywalkers, because subject-verb agreement matters every bit as much as observing traffic laws. Damn it, there’s an order to things. Otherwise, there is only chaos. Owen may have never arrested his dearly departed mother as Barney might have, but he once busted a preacher and a police officer for plagiarism in the same semester. Nothing gets by him. Very often, he will spend more time grading a paper than the student spent writing it.

Owen had already been working at Southwestern Community College for several years before I showed up 27 summers ago. When we met, it was pretty clear that we were destined to become friends. We shared not only a love of writing and literature, but a love of music, sports, professional wrestling, and certain quality television shows. Every Wednesday at lunch during its twelve-season run, we would dissect the latest episode of NYPD Blue with incomprehensible urgency. Other days we would discuss the books of Cormac McCarthy, or the woes of the Atlanta Braves’ bullpen, or the sorry state of health care in this country, or our fantasy baseball teams.

We also shared a loathing for meetings, especially those pointless meetings so common at professional conferences. One year in Greensboro, we slipped out of a presentation on retention (pro tip: it is important to CARE about your students. Imagine!) in order to see “Pulp Fiction,” which had just opened that weekend. Another year, we escaped a tedious session on funding formulas to catch a matinee of “Sling Blade,” which we proceeded to critique for a couple of hours before joining our colleagues for dinner, where we confused them with our imitations of Billy Bob Thornton’s sterling performance.

Owen is surely one of the most popular and beloved teachers in the history of the college. He makes his students laugh, while sneaking in lessons and promoting high academic standards at the same time. It’s a high wire act artfully disguised as a comedy routine. Students have fun in his classes, but they understand that he means business and that they will get the grade they earned, nothing more and nothing less. If they are struggling, he will spend as much time as they need in his office after class helping them get to the light, or closer to it. They drive him crazy with their cell phones, tardiness, and lame excuses sometimes, and he drives them crazy with his lofty expectations, blackboard hieroglyphics, and all of that damnable red ink on their papers. But in the end, it has been one hell of a love affair.

I say “in the end” because in two weeks, Owen Gibby will call the roll for the last time, put on his black cap and gown for graduation, and then start packing up his office the day after. Commencement is a celebration of our graduates, their commitment, and their achievement. But this year, I will be imagining that all of those students in their blue caps and gowns are all of the students that Owen has ever taught, generations of them, gathered together to celebrate a man who made a difference more lasting and profound that any particular rule of grammar, or a passing grade on a research paper.

He didn’t just teach them how to write and how to think. He taught them that attention to detail matters, that it is important to remain curious and question everything, that being authentic and having integrity should always be high priorities, and that you can certainly have fun and be serious at the same time. Not only that you can, but you should.

It is difficult for me to imagine coming back to work this fall and not seeing Owen in his office, and not having lunch with him every day, as we have for the vast majority of days for 27 years. Over these years, we have become more like brothers than friends. The college will miss him, and I will miss him.

Our new students won’t know what they are missing, but their parents will tell them. Those stories will go on for many years to come in kitchens and car rides all across Western North Carolina and beyond. His journey as a teacher may be at an end, but as those great philosophers from the rock band Journey (Owen hates Journey) once said, “the movie never ends, it goes on and on and on and on.”

As his doppelganger Barney Fife once said, “It’s been a gas.”

Owen, it really has. Rest easy, friend. You done good.