As Nicaragua smolders, our lives go on 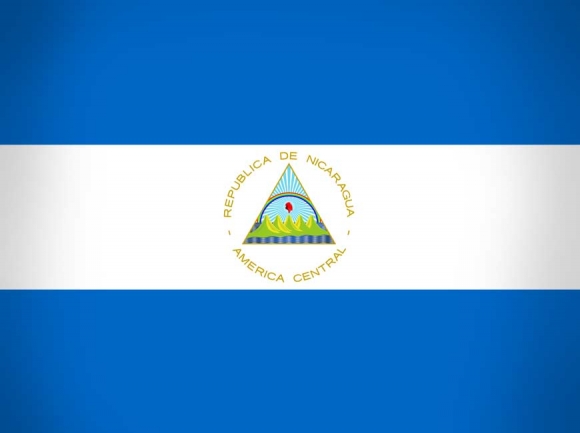 We Americans are spoiled. Too often we take our way of life for granted, both the freedoms we have and the institutions that keep our democracy intact. Our republic is strong, but its survival is not a given.

People who have traveled know that the biggest hearts beat in those who have the least. That’s a truth you’ll find throughout the world. In places where people struggle to find the day-to-day basics needed to stay alive, where scarcity is a way of life, you find friendliness and generosity in abundance.

I started thinking about this dichotomy after my son, Liam, called from UNC Charlotte Saturday to ask what was happening in Nicaragua, and we told him we didn’t have the full story. Gustavo — now a college student, I think — had stayed with us for about seven months back in about 2009, and Liam had seen his Instagram post about student protests being met with violence from police supporting President Daniel Ortega and the Sandinista government.

Like many news events these days, social media was on it before it became a mainstream story. Gustavo, from Leon, Nicaragua, was 13 or 14 when he spent time as an informal exchange student with us, and he was followed by his younger sister, Fernanda, and a cousin, Anna Raquel. Anna was the last, and that was eight years ago when our middle daughter Hannah was a sophomore in high school.

These young adults still follow each other on social media platforms. We were able to travel to Nicaragua twice since that first visit from Gustavo, and our oldest Megan spent a summer in Leon attending school.

My family’s connection with Nicaragua started via my father-in-law, who had what was approximately a 20-year relationship with a hospital and doctors-in-training in Leon. Through that program — Project Health for Leon (look it up online if you want to donate to a worthy charity) — my wife Lori and her dad became close friends with many Nicaraguan families. When the doctors would come to Raleigh to learn surgical techniques, they would often come to the mountains and our home for a visit.

Lori traveled to Nicaragua for about 15 years straight with her dad, helping out in the hospital as needed and visiting schools and orphanages. She was also the de facto guide for the medical team and their families when they weren’t working and wanted to visit beaches, mountains, volcanoes, coffee plantations and generally just get a taste of this endearing country.

Nicaragua is poor. Most years it ranks as the second-poorest country in the Western Hemisphere, with only Haiti being in worse shape. It was devastated by the U.S.-led war against the Sandinistas in 1980s and many corrupt leaders since. Ortega — whose wife is vice president — has been accused of fixing elections and installing puppet leaders in cities across the country, taking over the judiciary and doing away with term limits. He is, in essence, a dictator looting the country of what little it has.

The demonstrations against the government kicked off on April 16 over what has been called negligence in handling forest fires in the Indio Maíz Biological Reserve. Then last week Ortega issued a decree telling public employees they would get more taken out of their paychecks to bolster the retirement system, and in turn retirees would receive less in their monthly pension. That started the violent protests, and even though Ortega has rescinded the decree, emotions are still simmering after protests that left many dead. The decree, it seems, was a catalyst, but the dissatisfaction with the government runs much deeper.

Tomorrow I’ll wake up, drink coffee, perhaps go for a run or read for a while before coming to the office to put in a day’s work. No fears. My friends in Nicaragua will be wondering if they should take a chance and attend a protest, wonder if their careers are in peril, if their neighbors and friends may get caught up in this fight against a dictator who won’t show mercy. People have died in those protests.

It reminds me to take nothing for granted, and to appreciate our political situation for what it is — rough-and-tumble, increasingly nasty, but still controlled by a rule of law and tradition. That’s not the case for too many people in other parts of the world.