Make the most of every day 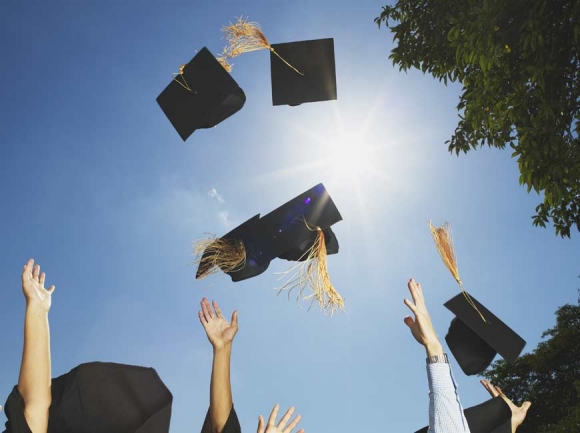 When I was a student at Appalachian State University, I could have made the walk from Anne Belk Library to Sanford Hall in my sleep and often did, or nearly so, on those mornings after a late, coffee-drenched night writing a paper on one of Flannery O’Connor’s short stories, or working through the impossible genealogy of a William Faulkner novel, or racing the sentences of James Joyce toward the dawn.

If you enter Sanford Hall on the left side of the building, the first room on the right is where the teaching assistants have their “offices,” four rows of fairly large desks that are personalized with photos, poetry, concert fliers, and all the other butt-ends of the days and ways of grad students working on their master’s degrees.

We taught composition classes to subsidize our educations, and sometimes we had conferences with addled freshmen, who sat next to us as we helped them interpret the mysterious symbols, arrows, and abbreviations, all scribbled in red ink in the margins of their drafts, along with a summary at the end that always began with something positive, regardless of how wretched the writing might actually be.

I didn’t know it then, but I was actually developing the first draft of my future in that room. I hadn’t expected to like, or even care about, teaching very much. The plan was law school, or maybe writing books. I admired my professors, even idolized a few of them, but I couldn’t imagine doing what they did, much less being good at it. It was gratifying enough to be a part of their classes, adding a little something now and then to the class discussion.

I would have been happy to do that for years and years, spending my afternoons consuming “the canon,” reading one great work of literature after another, and then wake up the next morning to rush over to Sanford, coffee in hand, to debate the themes and the relative merits of those works with other students who were just as enthusiastic as I was about this new world we had discovered, which seemed to open up more and more the farther we journeyed into it. We weren’t just figuring out literature. We were figuring out who we were, and what that meant.

I could not have imagined then the man I would be in 30 years, a teacher edging closer to retirement just as I was then edging toward graduation. I could not have imagined being back here, in this same building, in this same room, with a family, my family, including a 16-year-old daughter weighing the relative merits of this university to the others we have visited and will visit as she prepares for her senior year in high school and all of the decisions that she will be come with it.

So many things about Appalachian State have changed, and I can see in her eyes as our tour guide is painting appealing portraits of student life on campus that she is envisioning herself here, as one of these students, earbuds in, sweater on, hustling from one class to the next on a brisk April morning. The new library is spectacular. The bookstore is much more expansive, and there are so many more options for food and coffee. The student enrollment has doubled since I was here.

For my daughter, this is a dazzling new world, filled with possibilities. It is one of several futures she could choose, taking her place among this swarm of students, making new friends, trying out majors.

For me, being here is like seeing your closest childhood friend after spending 30 years apart. The resemblance is there, the essence is there, but can only be accessed or understood as a dream half remembered. The reality of the physical change is shocking, and when you share stories of the past, you find that some memories remain vivid, others are sanded down to a blur, and still others have vanished.

What is most jolting about Sanford Hall is that it remains almost miraculously unchanged. It is just as it was 30 years ago, as if it has been lovingly and painstakingly preserved all these years so that future generations could behold and celebrate the glory of the ASU English Department as it existed in the 1980s. The classrooms, the faculty offices, even the benches and the clock in the hallway, seem untouched by the fundamental laws of time.

I admit without shame that I became drunk on that for a few priceless moments. No one noticed, but I was for just a second 25 again, about to teach my very first class down the hall.

Then, the fundamental laws of time reasserted their control. The tour was over now, and the kids were hungry. The oldest one, this day is all about her. One day soon, she’ll be in these rooms, or rooms much like them, discovering her passions, developing her convictions, meeting people she’ll never forget, and figuring out who she is and what that means.

Seize the day, honey. Seize them all.