The U.S. has become an oligarchy 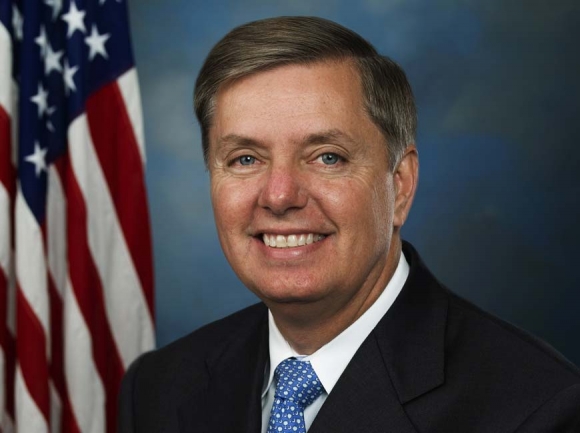 Do politicians read their mail? It depends.

A recent New Yorker article on Christopher Steele, the British espionage expert, scored a direct hit on Lindsey Graham, the senior senator from our neighboring state to the south. Steele, you may recall, put his livelihood and perhaps his life at risk in helping to alert our intelligence agencies to Russia’s covert — and continuing — subversion of our election process. Among other things, Steele wrote the memo that raised the question of whether the Kremlin has seriously compromising information regarding Donald Trump’s personal conduct during a visit to Moscow.

Steele deserves the gratitude and respect of every patriotic American. What did he get from Graham? A cheap attack, in the form of a criminal referral to the Justice Department, which the magazine article properly described as a political stunt by Graham and Sen. Charles Grassley, R-Iowa.

It went hand in glove with the seamy campaign by Devin Nunes, R-California, chair of the House Intelligence Committee, to disparage the entire special counsel’s investigation of Trump’s romance with the Kremlin and the flourishing crop of crimes being laid at the president’s doorstep if not to the Great Pretender himself.

Graham does neither the country nor himself any good by covering for Trump in the face of such serious questions.

I sent him an e-mail through his website, remarking that if he didn’t care enough about the country he might at least care more for his reputation. I checked the box asking for a reply. Back came a form notice, probably triggered by my zip code, saying the senator doesn’t respond to messages from outside South Carolina. That implies he doesn’t read them either.

Do you suppose the Koch Brothers or Wayne Lapierre would get the same answer?

To be fair, many if not most members of Congress have the same policy. Constituent mail alone is a full-time job.

But if they’re not interested in public opinion from people who can’t vote for them, they shouldn’t be soliciting and accepting campaign money from them either — as just about all of them do.

Nothing about our country is as inconsistent with its ideals as the reality that such outsider money usually has more to do with who’s in Congress — and who’s not — than the votes of the people they claim to actually represent. In a better world, it would be illegal.

It’s often said that all politics is local, and it does happen from time to time that voters give the heave-ho to someone who seems to be neglecting the grassroots. It’s what helped Kay Hagan defeat North Carolina Sen. Elizabeth Dole in 2008. However, outside money fueled both campaigns, as it did again in Hagan’s loss to Thom Tillis, an NRA favorite, six years later. To understand most election results, and why Congress most often acts as it does, follow the money.

That’s what two professors did in a study they published in the journal of the American Political Science Association four years ago. They tracked the outcome of 1,779 policy issues on which it was clear what the public and the special interests thought. When those viewpoints did not coincide, the public rarely won.

“(T)he preferences of the average American appear to have only a miniscule, near-zero, statistically non-significant impact upon public policy,” they wrote. “… If policymaking is dominated by powerful business organizations and a small number of affluent Americans, then America’s claims to being a democratic society are seriously threatened.”

The term that best fits what our country has become is “oligarchy,” or if you prefer, “oligarchic republic.” Webster’s defines oligarchy simply as “government by the few.”

That’s why Lindsey Graham doesn’t answer mail from North Carolina. We need to fix that. Electing Bernie Sanders would have gone a long way to fixing it, but we got Donald Trump instead. Next time, we must do better. Time is running out.