Wind on the water, carry me home 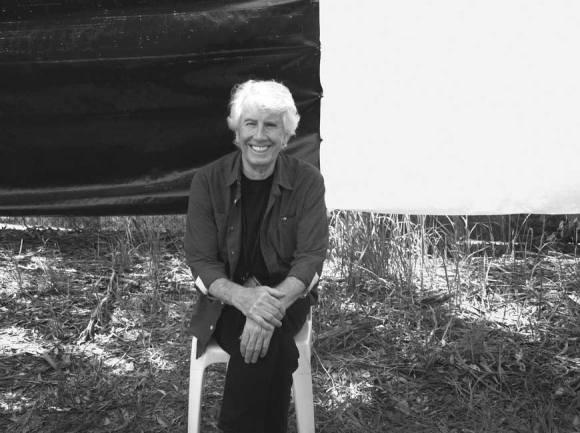 When you simply mention the name Graham Nash, a multitude of sounds, images, movements and ideas flood your field-of-vision. You don’t have to say much because his captivating music and whirlwind life is known the world over.

But, in conversation with Nash, what we know as fans and admirers just scratches the surface of this melodic giant that has stood tall amid British and American culture for the better part of the last half-century.

Reflecting on the extensive career of the Rock & Roll Hall of Famer, Nash hasn’t really had a moment to sit still in his 76 years on this earth. He shot out of England with his band The Hollies (“Bus Stop,” “Carrie Anne”). But, even with the group being one of the biggest acts of the mid/late-1960s, Nash saw the writing on the wall.

The Hollies wanted to continue their success, regardless of what the message was in their music, seeing as musicians back then weren’t taken seriously, nor was the notion of making a lifelong career out of performing.

In 1968, Nash crossed paths with David Crosby and Stephen Stills during his excursions within sunny California. At that time, Crosby (The Byrds) and Stills (Buffalo Springfield) were megastars both flying solo following their tenure with two enormous rock bands. Shortly thereafter, Nash left The Hollies in pursuit of a project with Crosby and Stills.

The harmonic talent that ricocheted between the Crosby, Stills & Nash became an unbreakable triangle of voices speaking to a higher power. It was (and remains) an undeniable force that real, tangible change could be cultivated from musicians and artists atop large social platforms, radiating an honest sense of peace, hope, and change to an entire generation of disenfranchised youths.

Though the lineup of CSN (and later CSNY with Neil Young) became more of a powder-keg of artistic vision (and familiar, loved faces lost in the haze of celebrity) than a stable entity, the band’s mission reached tens of millions, songs and attitudes that still permeate the fabric of society even today — perhaps until the end of time itself, truth-be-told.

And when you see Nash onstage these days, it isn’t a victory lap by any means. It’s a never-ending process of discovery and creation, one that steers clear of any form of the term “nostalgia.”

Nash harnesses and transcends what it means to be human — a true Renaissance man within his music, photography and writing. His presence is full of urgency, one with so much left to say and do, where his original message of compassion and compromise is needed as much now as ever before.

Smoky Mountain News: I was curious, are you optimistic about the future?

Graham Nash: I have to be optimistic about the future, because the other side is awful. I have children. I have grandchildren. I have to think that this is a wonderful world and can be brilliant and beautiful. I have to — in spite of everything that’s going on with this Trump administration. America is one of the greatest countries on earth. That’s why I became an American citizen over 30 years ago. We deserve better than what we have. I think one of the saddest things about this last election was that 48 percent of Americans that could vote didn’t, and look what happened.

SMN: You’ve spoken at-length in interviews over the years about the social responsibility of musicians and artists, using their platform for good. [Do] you see that in mainstream music [today]?

GN: You can count the people that own the world’s media probably on one hand, maybe two hands. And they don’t want you disturbing the status quo. They do not want people rocking the boat. They want you to lie down, be sheep, [and] “shut the fuck up while we rob you.” That’s what’s going on here. This is bread and circuses, invented by the Romans, probably going on way before the Romans. Bread and circuses — “give them a little to eat and distract them with the Kardashians while we rob you.” And Trump, unfortunately, is a terrible example of a human being. Some of the things he’s said about dividing people, about women, about Mexicans, about black people. This man is insane, and I certainly hope that his loud mouth will bring him down. One of the things [Trump’s] done is torn the curtain between civility and violence. He’s seemed to removed that curtain and has given people who have crazy ideas an excuse to talk about their crazy ideas — this is not good.

SMN: Do you see any glimmer of hope within all this chaos?

GN: I do, and I’ll tell you why — physics. The pendulum. It will swing back. It may take four years, it may take eight years. I certainly hope not. It only may take another six months. But, this pendulum will swing back. You cannot treat people like this. You cannot give them an entitlement like Medicare and Medicaid and take it away — you can’t do that.

SMN: When I hear you talk there’s that same fire within you that I saw in those clips from 50 years ago. Where does that fire come from?

GN: Being a human being. Championing the underdog. I’ve been this person all my life. I’m going to fight until my last breath.

SMN: With all the things going on in the world, especially with the environment, I think of [your] song “To The Last Whale.” I wonder if you think about that song’s meaning when applied to today…

GN: I do. The truth is, I original wrote that for [David] Crosby. It was him people were throwing harpoons at. I love the song and I sing it every single night. I have to tell you, Garret, that I put as much passion into every single song that I sing. That’s my job. I need my audience to understand that I want to be there. An audience can spot immediately if you’re just going through the emotions. Everything the hippies stood for I still believe. I’m a hippie myself, right to this day. I still believe that love is better than hatred. I still believe that peace is better than war. I still believe we have to take care of each other, because we are all we have on this planet.

Graham Nash will hit the stage for “An Intimate Evening of Songs & Stories” at 8 p.m. Saturday, March 10, at the Diana Wortham Theatre in Asheville.

For more information and/or to purchase tickets, click on www.dwtheatre.com or call 828.257.4530.