One of the Smokies’ finest poets 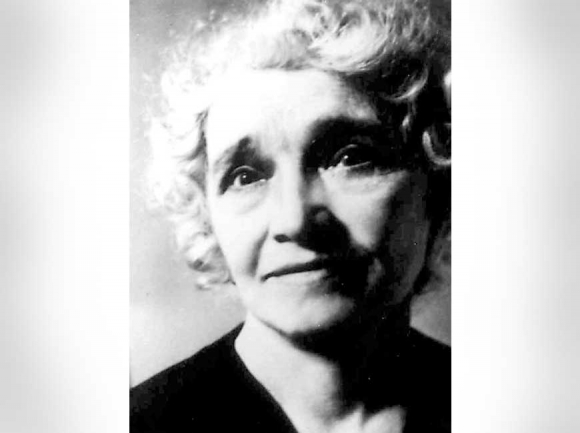 Editor’s note: This Back Then column by George Ellison first appeared in the Feb. 15, 2012, edition of The Smoky Mountain News.

Olive Tilford Dargan is fairly well known in literary circles as the author of From My Highest Hill (1941), a delightful collection of autobiographical stories set in Swain County, originally published as Highland Annals in 1925. But she is also one of the finest poets the Smokies region has as yet produced.

Dargan was born in Kentucky in 1869. The family moved to the Missouri Ozarks, where her parents founded a school, with Dargan serving as their assistant. While attending Radcliffe College on a scholarship, she met Pegram Dargan, a South Carolina poet then at Harvard. When she moved to Blue Ridge, Ga., to write, he followed her. They subsequently married and settled  in New York City.

While in college, she had gone on a camping trip to the mountains of Western North Carolina and had dreamed ever since of living here some day. The dream was realized in 1906 when the Dargans bought a farm at Round Hill in the Almond community above the Nantahala River in Swain County. They traveled widely but after her husband drowned off the coast of Cuba in 1915, she returned to the farm in Swain County. When the farmhouse burned in 1923, she moved to Asheville, where she wrote novels under the pseudonym of Fielding Burke. Two of them depict  mountain migrants in the Gastonia Mill strike. She died in 1968, eleven days after her 99th birthday.

Dargan published several collections of poetry, including The Cycle’s Rim (1916), sonnets dedicated to her late husband; as well as Lute and Furrow (1922) and The Spotted Hawk (1958), both of which contain verse inspired by her infatuation with the transcendental qualities she intuited in mountain landscapes.

These lines excerpted from “Sall’s Gap” describe her discovery of a springhead: a place of  renewal. The “lin” referred to is a basswoood tree with a double trunk. The “forest lillies” are turk’s-caps. Her description in the opening lines of “the sound so near” and the effect it has upon her is uncanny.

And there’s a sound so near it seems to bubble

Out of your heart and tingle through your skin.

You creep around the lin that rises double

And where a clump of forest lillies thin

Themselves to to three that rise with little trouble

To a graceful score of feet before they droop

Their spotted heads, you catch your breath and stoop;

For you have found it; found the mossy parting

Where a mountain rillet breaks into the light;

An infant on its seaward way outstarting.

In the concluding lines of “Vain Rescue” she imagines those moments just before death:

No gleam around me save a pale moon’s haze.

I know a wood of beech and birch and snow

That waits my step.  And come the June-warm days,

And stir white pebbles with my slow, bare feet.