Grief and redemption in the wilds of Wyoming 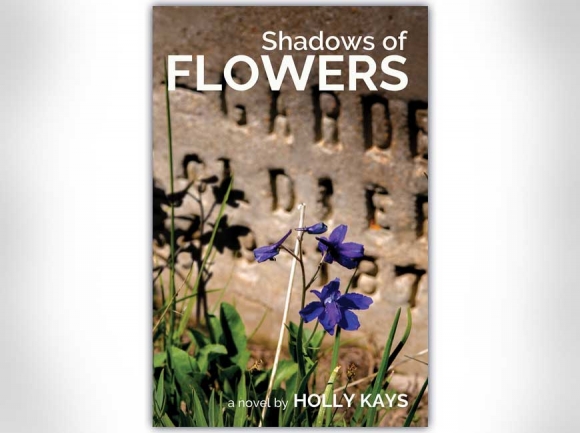 I fled him down the nights and down the days;

I fled him down the arches of the years;

I fled him down the labyrinthine ways

Of my own mind; and in the mist of tears

I hid from Him, and under running laughter.

— “Hounds of Heaven” by Francis Thompson

The first time we meet 22-year-old Dana Stullman, she is in the midst of adapting to her new environment. As she rushes about, attending garage sales and buying household items, we learn that after a year she has finally adjusted to the late-April weather of Buffalo, Wyoming, and the challenges of her new job as a reporter for the Buffalo Chronicle, the local newspaper.

She is combining business with pleasure as she clicks pictures of the customers in the Habitat sale (good for an article in the paper), buys a few used books and exchanges chit-chat with one of the county commissioners about the new tax. Then, she prepares for a 35-mile trip down the interstate to Walmart (where the groceries are cheaper).

Despite Dana’s good humor and energy, the reader is soon aware that an unspoken darkness has cast a shadow over this young woman’s life. As she realizes that she is driving too fast on the interstate, she slows down thinking, “Great way to die, just like he did.”

So it is there we learn that this bright young woman is stricken by an event so tragic, it has forced her from her home in Virginia and has brought her to Wyoming. His name is Chris, and as the past floods Dana’s memory, we learn that they had planned to get married. Dana remembers her friends, her own parents and Chris’ parents who had treated her like a daughter. But in a single instant, a drunken driver had destroyed her future. Unable to bear the looks of sympathy from her friends and family and angered by the platitudes of the local minister, Dana packed and left for a job that would take her over 1,000 miles from her family and Chris’ grave.

For a year, Dana’s plan appears to be working. She makes a new friend of Sandy Hallerman, a middle-aged woman who runs an organization that collects coats for needy children. She strikes a sympathetic chord with Dana when she reveals the loss of her husband and Dana becomes a frequent visitor at Sandy’s home where she raises horses. As their friendship deepens, Dana finds new interests: horses and archaeology!

Out riding with Sandy, Dana literally stumbles over a bone that is “prehistoric.” Dana does an article for the Chronicle, and for a brief time, CNN, NPR and NBC are interested, but when the painstaking work at the archaeology site becomes tedious and boring, they go away. Dana, however, is fascinated and spends much of her free time watching the bones emerge. It turns out to be a “multiple site,” and the archaeologists become excited about the opportunity to explore the ancient life of the triceratops in Wyoming.

There is an additional significant factor about the archaeology site on Sandy’s land. In addition to a be-spectacled and aging archaeologist, the archaeology staff includes a young intern named Aaron who takes an interest in Dana and eventually invites her to dinner at a local restaurant. He is a winsome fellow, but Dana is still grieving for a young man buried in Virginia.

At this point, Dana finds her new life and all of her carefully constructed defenses against the past threatened. She receives a call from Chris’ parents. Dana is distressed to learn that Jeff and Linda are taking a vacation and intend to visit Dana in her new home. She had always found Chris’ parents a bit cloying in their affection for both their son and their future daughter-in-law. Now, they are coming to see her and in a short time, their Winnebago is parked in a local campground. What to do? Dana decides to do her best to be a good host and take them on a hiking trip into some of Wyoming’s scenic wonders.

So it is that Dana leads Chris’ parents to a place called Soldier Park, which contains the graves of an Army survey party in 1877. The hike goes well until a thunderstorm floods a nearby creek and the three hikers find themselves trapped. Rain falls and Dana and Jeff (who has sprained his ankle) discover that their survival will require a cooperative effort.

As the three beleaguered hikers struggle to build a shelter and ward off the cold rain, they talk. As Linda talks, Dana realizes that they are all suffering the same heartache. It is here that the final barriers come down and Dana feels the floodgates open. Linda and Jeff share their personal grief and assure Dana that they need to have her in their lives. Dana senses that a bond has been established.

In the morning following the storm, the three hikers manage a perilous crossing of a flooded creek and eventually find their way back to Buffalo.

However, back on Sandy’s porch, Dana begins to realize that she has solved nothing by running away. She needs to find room in her life for both Chris and his parents. She also has the time to ponder the events that made her realize the truth. When she considered the results of the thunderstorm and the flooded creek, she sensed that perhaps this violent natural event had served to bring them together. While they shivered in their wet clothes, their true relationship became apparent.

Eventually, Dana would wonder about her religious beliefs. Had she not felt that God had failed to save Chris in that terrible car accident?  Is it possible that God does have a plan and that, in time, it will be revealed? When she made her decision to leave Virginia, had her flight merely required Him to reveal the truth by an alternate plan? Also, this alternate plan might provide room for Aaron, that winsome fellow in the archaeological digs.

I decided to introduce this book review with a passage from a famous religious poem, “The Hounds of Heaven.” When I read the poem, I am aware that there is little difference between Francis Thompson’s flight to avoid God’s love and that of Dana Stullman. Thompson fled from God as he moved through a lifetime of misguided choices. In the end, he surrendered.

I believe that Dana did, too. Her favorite image — the shadow of flowers on a tombstone — suggest the ephemeral nature of life; a shadow cast on a cold stone. Life is short. If you have something to say, speak.