The Naturalist's Corner: Will eagles dare? 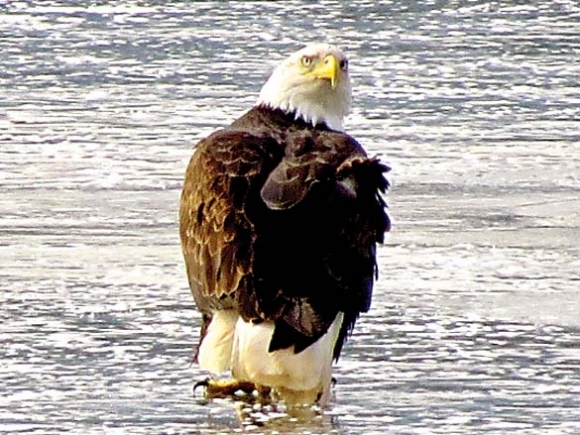 A pair of mature bald eagles has been hanging out at Lake Junaluska for a few months now. I have heard two separate reports of these birds carrying nesting material. In the dark musty cobweb covered labyrinth that serves as my memory, I seem to remember reading about bald eagles nesting on Waterville (Walters) Lake, along the Pigeon River in northwest Haywood County near the Tennessee border back in the late 1970s. However, I recently did a Google search and could find no reference, so? Maybe some reader(s) could clear that up for me?

There are nests in the region. I know of nests along Fontana Lake, Douglas Lake and Lake James to note a few. Many, including me, are hoping reports of nesting material are true and would love to see a successful bald eagle nest at Lake J.

Most probably know the highlights of the near loss of this beautiful raptor that was chosen as a symbol to represent the newly created United States of America in 1782. More than half a million bald eagles resided in North America at that time. Deforestation, depletion of prey through hunting — especially market hunting — and urbanization quickly began to take its toll on this national symbol. Populations had plummeted so far that by 1940 the Bald Eagle Protection Act was passed by Congress. But eagles and other raptors continued to struggle. The bald eagle was one of the first animals afforded protection under the Endangered Species Preservation Act of 1966 (the precursor of the 1973 Endangered Species Act). Protections afforded under the ESA plus the banning of the pesticide DDT helped the bald eagle and other raptors like the peregrine falcon begin to rebound. Some science revisionists and industry apologists have tried to discount the connection between DDT and mortality in raptors like bald eagles but I think the science is pretty sound. I believe a good place to get a cursory overview is reason.com/archives/2004/01/07/ddt-eggshells-and-me.

This rebound in population was enough to remove the bald eagle from the endangered species list in 2007. And it is true that more and more eagles are being noted across the continent. But I believe it bears keeping in mind there are only around 10,000 nesting pairs of eagles in the lower 48 states and a total North American population of around 80,000 — still a far cry from the half million present when the bald eagle was selected as our national symbol.

As I mentioned earlier, I would love to see bald eagles nesting at Lake Junaluska. I do fear, however, this spring may be bad timing. I fear the scheduled drawdown of the lake for much needed repairs to the dam could be a deal breaker. When the water goes, so goes the eagles food. There will be no more coots and/or diving ducks to dine on. And I’m not sure what happens to the fish during this kind of drawdown. If they are trapped in the lake, they may provide enough prey for the eagles to nest successfully. If they migrate up or down Richland Creek there will be slim pickings. I wonder if the eagles might sense this loss of resource and look for a more productive nesting site. 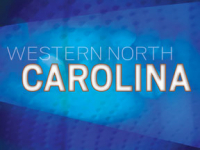 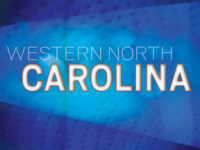 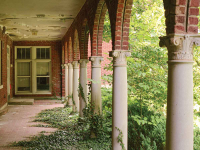 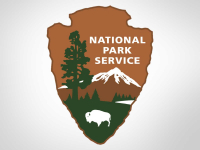