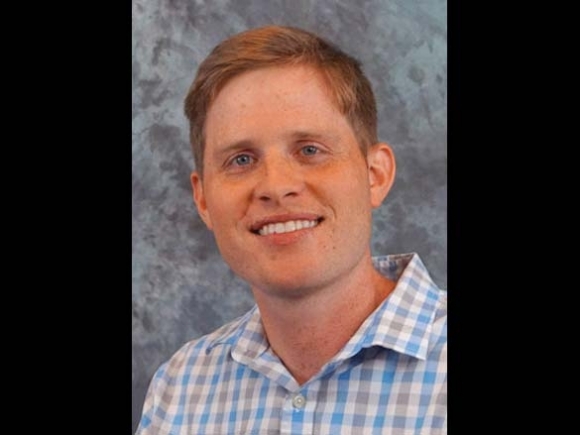 After serving as Bryson City’s town manager for more than a year, Chad Simons will be moving on to Murphy to take on the same position.

“I’ve lived in Cherokee County since 2012, so I’m going home,” Simons said when asked about his departure. “It wasn’t an easy decision because I love Bryson City so much, but it was the right move.”

Moving closer to home will cut down on his commute time and also let him spend more time with his wife and children. As for how his job in Murphy may differ from the manager post in Bryson City, Simons said the two municipalities have a lot on common. He said Murphy’s town board was also stable and cohesive like Bryson’s. “That’s very important as well. I know most people don’t see that because of certain issues where disagreements emerge, like alcohol sales and Fry Street, but Bryson City’s board works very well together for the most part.”

During his short time in Bryson City, Simons said he along with the staff and board made progress on many fronts, including efforts to improve the town’s aging water and sewer system. The town eliminated a $40,000 annual water/sewer contract and used that funding to purchase equipment that gives the staff the ability to clean out the sewer system in-house.

“Before, we spent $40,000 to get contractors to do this work for us, but we only got them for 10 days. Now, we will have the same capability 365 days out of the year,” Simons said. “It’s money well spent in my view, and I’m glad we were able to do it.” The town is also in the process of completing a rate study to implement a pay-as-you-go type plan for the water and sewer system. In the past, the town has relied on grant funding to make major improvements to the system. If no grant funding was available not much got done, but Simons hopes that changes.

He also worked hard toward the town purchasing the Bryson Yard property along the Tuckasegee River that will give the town maintenance staff the space its needs to store equipment and supplies. The town was able to purchase the property outright using money from its fund balance instead of financing it and paying interest. However, the town had a difficult time negotiating with the Great Smoky Mountain Railroad for an easement needed to cross over railroad tracks to access the property.

“As you know, the property transaction did not come without some drama and stress, but our board was able to stick with it and get something positive out of it,” Simons said. “I was glad to help them do it.”

Simons has also worked toward making sure town employees receive competitive pay to improve retention and attract quality employees to Bryson City by implementing a new pay plan schedule. He’s seen the town through several in-house street improvement projects and delivered a more thorough, transparent budgeting process, which is similar to the budgeting process he was accustomed to while working as the town clerk for Franklin.

Simons knows he is leaving the town in a better state than when he came. He knows the town’s capable staff will continue on with the progress they’ve made in the last year.

“We’ve tried to empower employees who possess the cognitive ability and the desire to improve the town, and while it takes time to see the results, it will pay off,” he said. “The town will not move backwards. The board and employees won’t allow it. The town is also in great financial condition because of the actions of previous boards and managers, and an improving economy.”

Simons will stay in Bryson City through the middle of January and said he will do whatever he can to ensure a smooth transition.

“I will help the board in any way I can, even if that means remaining on speed dial in Murphy for a few months,” he said.

The board is in the process of searching for Simons’ replacement. The board went into a closed session to discuss personnel during a Jan. 8 meeting, but no decision came out of it.