House of my soul: A conversation with Langhorne Slim 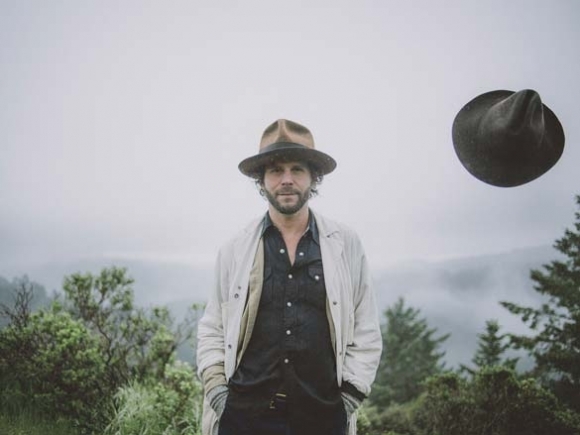 The sound echoes a tone of inclusion and timelessness.

When you listen to Langhorne Slim, you’re hearing something oddly familiar, but also new and innovative at the same time. You let the songs soak into your skin, pushing ever so deeper into your carefully guarded soul. The words remind you of your past, faces you haven’t seen in years, but miss dearly. Each melody conjures memories, perhaps cherished moments, of loved ones either six feet under and long gone or six feet away where the emotional distance could still be bridged with a simple interaction.

With his latest album, “Lost at Last: Vol. 1,” Langhorne Slim brings the world he sees, or maybe one day hopes to see, into focus — clarity in the presence of chaos. The record is about letting go, where you ultimately find yourself the exact second you surrender to the cosmos, where vulnerability to the unknown is a strength and not a weakness. Between the lines of the lyrics is a meandering thread of reconnection in a disconnected world, where modern technology has gotten in the way of the lost art that is face-to-face communication.

Smoky Mountain News: When I was listening to the album, it was the first time in a long time I’ve felt pretty light, in terms of the heaviness of this year. That line in the first song, “life is confusing and people are insane,” I felt that.

Langhorne Slim: You feel it because it’s true. I feel it because it’s true. There is hope within the fact that “life is confusing and people are insane.” I think we’ve all been aware of that, but this year has certainly brought that into the forefront of our minds and consciousness. It’s been a wild one. I’m feeling it around me. And it’s not if you vote Democrat or Republican. It’s more of an energetic, dare I say spiritual thing, where people have become disgusted, who just can’t take any more of the fear mongering and division, and that’s on both sides. We hear it from our president, and we hear it in the media, left wing or right wing. At some point, we identify more as humans. There’s a boiling point, where people are pushed so far to buy into a side, and get disgusted, and sick of it, and say, “fuck this, we’re actually human beings, and we can live a life more positive and connected than this.” I do get a sense that there’s more nastiness ahead of us, that there always has been and always will be, but also that there is real hope for this [next] year, and going forward.

LS: I think that everything is the same. I don’t think that “this” is brand new, but I think it looks a little bit different. The non-optimistic part of myself is that is like, “people live and they learn, and then they forget.” And the same shit happens again. Take a step forward, two steps back. But, my optimistic side, is that we break down some of these walls and barriers. That people who root for one team can look the people in the eye that root for the other team, and see if there are more commonalities than there are things that are being shoved down our throats. Maybe not look towards these politicians or “leaders” for the answers. Stand up for ourselves more, stand up for the individual more, for our sisters and our brothers. And I think it’s happening to some extent. It is happening more, people are opening their eyes a little bit more than previously.

SMN: Well, your music definitely has a camaraderie and inclusive nature to it…

LS: Unless someone is a racist, homophobic shithead — and that’s my opinion that, that person would be a shithead — is that everybody else has beauty and redeeming qualities. And even maybe those people (shitheads) do, I don’t know. But, that to point fingers, to push each other further apart, isn’t the way to do it. Someone doesn’t need to agree with me, I don’t care anymore. I don’t have to agree with them, and they don’t have to agree with me. But, there is nothing to be gained by dividing further.

SMN: The title of the new album, “Lost at Last,” does that come from the idea of just letting go and leaving yourself vulnerable to the cosmos?

LS: You nailed it. Said it better than I would of. That’s exactly what it is.

SMN: And I guess seeing intrinsic beauty in that vulnerability?

LS: One-hundred percent. Not attaching identity to careers and to relationships, to opening up as many channels as we can within ourselves, to being as open as we can. Vulnerability, I believe, is a great strength that we’re taught is a weakness. These are beautiful, mighty strengths that all humans possess. And that by covering them up, by acting tough and hiding them, is what drives people to madness and sickness…

SMN: What has a life immersed in music, travel and interacting with people, taught you about what it means to be a human being?

LS: So we can end where we started. There’s so much more that we have in common. Everybody’s smile is beautiful. Everybody, when you look them in the eye, you can feel a connection. And thank goodness through the language and the spirit of music, it enables me to do that all over the world. But, you do learn that there’s so much beauty out there — it’s a big place — and that buying into these negative, dark notions is not the way to go. People can think it’s just “hippy shit.” I say it’s ancient shit, and I believe that it is as real as it can be. There is a better world for us to be living in.

Singer-songwriter Langhorne Slim & The Lost at Last Band will perform at 9 p.m. Sunday, Dec. 31, at The Orange Peel in Asheville. Opening act will be Pierce Edens.

The Lost at Last Band will feature members/former members from The Avett Brothers, Hurray For the Riff Raff, The Law, and The War Eagles. Langhorne Slim’s new album, “Lost at Last: Vol. 1,” is now available for purchase and on all music streaming services or on his site, www.langhorneslim.com.

The show is for ages 18 and over. Tickets are $25 in advance, $30 day of show. For more information and/or to purchase tickets, visit www.theorangepeel.net.