This must be the place: ‘I have been all over but I can’t help feeling stuck…’ 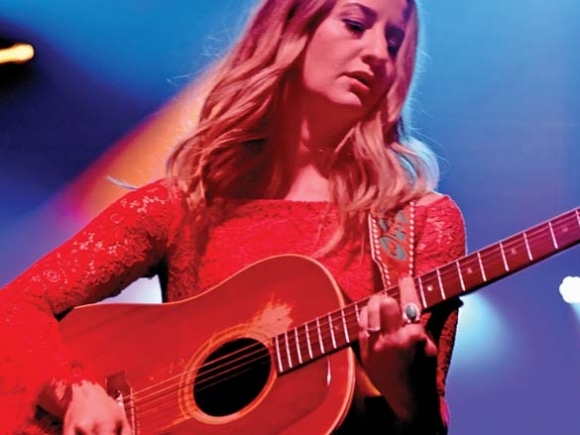 The crunching kept catching my attention.

After finding a scarce parking space, it was a short, careful stroll from the Montford neighborhood of downtown Asheville to the U.S. Cellular Center for the 29th annual Christmas Jam last Saturday evening.

The heavy snowfall from the previous night crunched underneath my old boots. The mesmerizing sound of crushed ice and snowpack reminded me of home, while the Southern accents waiting in line outside the center reminded me just how far away that place is, physically and emotionally.

I remember a similar stroll almost exactly a year prior, to the same venue for the same reason, which was (and is) to be part of the most anticipated event all year for music freaks in Western North Carolina and greater Southern Appalachia. I also remember this time last year, when we were in the midst of an administrative transition in the White House, and the country was starting to lose its footing in exactly what it is we as a society see in the mirror, and how we approach the world outside our front door.

For folks around these parts, or maybe just for me at least, the Christmas Jam truly is the culmination of another year. Sure, it’s an enormous fundraiser for the Asheville Area Habitat for Humanity, one hosted by rock icon Warren Haynes. And sure, it can be viewed as an escape from the cold world — literally and figuratively — outside. But, all-in-all, and year-after-year, I view it as a litmus test of where I stand, and where those around me stand, a “where to from here?” kind of moment when it finally hits you that this latest 365-day calendar is coming to an end, only to begin anew on Jan. 1, 2018.

Music has always been a vehicle for social unrest and upheaval. And that sentiment was loud and clear when singer-songwriter Margo Price took the stage to light the fuse of the Christmas Jam. The Midwestern small town girl has always been outspoken about her personal experience, and how it not only shows commonality to a majority of Americans, but also exposes truths we either ignore consciously or aren’t aware of on a subconscious level.

Plucking through “All American Made,” the final track of her recent album of same name, Price evoked a sense of sadness, lost pride, and perhaps a call to arms — not guns, but the ones used to raise a fist in solidarity or to hold/shake hands in times of peace and compassion.

The acoustic melody pushed through the thick layers of my flannel shirt, through my skin cells and into that beating muscle in my chest, where that age-old notion of “nothing’s the same, everything’s the same” seems to reappear each generation, “1987 and I didn’t know it then/Reagan was selling weapons to the leaders of Iran/And it won’t be the first time and, baby, it won’t be the end/They were all American made/But I was just a child unaware of the effects/Raised on sports and Jesus and all the usual suspects/So tell me, Mr. Petty, what do you think will happen next/That’s all American made/I wonder if the president gets much sleep at night/And if the folks on welfare are making it alright/I’m dreaming of that highway that stretches out of sight/That’s all American made…”

But, beyond the political heaviness of this year — heck, all the years before, too, eh? — what also stuck out was the “changing of the guard.”

On the verge of entering its fourth decade of existence, the Christmas Jam this year was filled with a “round robin” of young, melodically talented faces — Price, The Avett Brothers, Holly Bowling, Marcus King, Brandon “Taz” Niederauer, Jake Shimabukuro.

And there’s something to be said for that, especially with the “Master of Ceremonies” himself, Haynes, adorned with his trademark Cheshire cat grin under ever-apparent white whiskers and well-earned wrinkles, who lost two of his longtime bandmates and soul brothers just this year — Gregg Allman and Butch Trucks.

They say there’s “no country for old men” when times get tough, or strange, or simply hard to comprehend. Maybe that’s true. Maybe it’s more about trying to find familiarity in a world changing faster than you can keep up. Whatever the case, music, especially when performed live and in the moment, remains the most potent of tools for conjuring memories, and for making sincere and real connections with folks— known or unknown.

Heck, I’m 32 years old, a millennial by definition, and yet, I’m already feeling that whole “no country for old men” vibe. It’s real and tangible, especially in an era when a week feels like a year, and a year feels like a decade, in terms of the cause-and-effect/truth-and-consequence of the actions of those above us, around us, and within us.

I hold out hope. And that hope comes from real life interactions with others with similar concerns, who also haven’t given up on the mere fact that the power for change — for honest, positive change — does exist. We’ve seen it before, and we’ll see it again.

1 Americana/mountain music act The Pressley Girls will perform as part of the “Lounge Series” at 5 p.m. Saturday, Dec. 23, at Andrews Brewing Company.

2 A celebration of the publication of Lift Every Voice! African American History in Haywood County: Volume 1 will be held at 4 p.m. Friday, Dec. 15, at Blue Ridge Books in Waynesville.

3 Blues-rocker John The Revelator will perform at 10 p.m. Friday, Dec. 15, at the Water’n Hole Bar & Grill in Waynesville.

5 The Haywood County Arts Council show, “It’s a Small, Small Work,” will be held through Dec. 23 in HCAC Gallery & Gifts in Waynesville.