Brunch Bill one step closer to reality in Maggie Valley 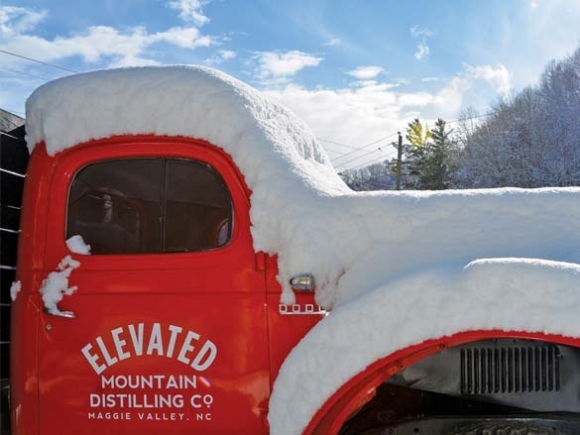 As the town’s former police chief and also as a woman of faith, Maggie Valley Mayor Saralyn Price said last month that she couldn’t support the town’s proposed Brunch Bill ordinance that would allow alcohol sales to begin at 10 a.m. instead of noon on Sundays.

But as an elected official charged with carrying out the will of her constituents, Mayor Price made a courageous reversal of that position, throwing her support behind the measure Dec. 11 and moving it one step closer to reality.

“My biggest reason for changing my mind is I said I was going to vote the way the people in Maggie wanted me to vote,” Price said during the meeting. “If it was up to me I’d vote against it, but I’m voting for the people, so I will vote for it.”

Price’s vote was, for once, necessary; mayors usually vote only in the case of a tie, which is exactly what the Maggie Valley Board of Aldermen was facing after conducting several months of public hearings and collecting a substantial amount of public comments, the overwhelming majority of which were in support of the proposal.

Maggie Valley distillery owner Dave Angel again showed up to make the business case for the proposal. Since mid-summer, Angel’s been everywhere the Brunch Bill’s been heard in Haywood County.

In addressing the board, Angel said that the Maggie Valley Chamber of Commerce had sent a letter to the town signed by more than 40 businesses — most of which are not involved in the alcohol trade — and that the Maggie Valley Club had also expressed strong support for the proposal, which if nixed would inhibit the club’s ability to compete with other clubs in the area.

Both Waynesville and Canton have passed the bill, a fact that wasn’t initially an issue, but over time became increasingly difficult for aldermen to ignore.

“I have come to the conclusion that if they don’t get [alcohol] here in Maggie Valley they’re going to drive to Waynesville to get it,” Price said.

“We want to be able to compete with others in the county as well as Sylva and these other places that are going to be vying for new businesses that come up, and we want to be the place perceived as welcoming,” he said. “We want to find ways to let you come into this valley and be prosperous.”

Both Alderman Phillip Wight and Alderman Clayton Davis have been steadfast in their opposition to the bill, opposing even a public hearing on the matter; months ago, Wight said it wasn’t relevant to the town since there are so few establishments that might take advantage of it.

During the meeting, Wight suggested it be placed on the November ballot for residents to decide.

“One way or the other I think it falls on us to make the decision here,” Eveland said. “We had a huge loss in commercial property values. Some of those are empty buildings. Do we want to be the face of why they’re empty?”

“I think also we need to recognize that the scenario has changed since Waynesville has passed the Brunch Bill and Canton has passed the Brunch Bill, and we are looking at a new linkage between the [Asheville Area] Chamber of Commerce and the Haywood Chamber to promote businesses between the two counties,” Banks said. “That is a real game-changer in terms of what we as a town need to do to promote economic development for us and within the county.”

Banks was referring to a recently revealed partnership between the two counties that will see the Haywood Chamber paying out a consulting fee to the Asheville Chamber in exchange for Asheville marketing business opportunities in Haywood County; should Maggie Valley pass on the brunch ordinance, Banks said, those opportunities might look less attractive to businesses that may end up choosing Canton or Waynesville instead.

None of that swayed Davis, however.

“I have no problem with those involved in the alcohol industry who are moderate and create no problems for others,” he said. “But I am concerned about the 10 percent who due to their genetic makeup cannot be moderate and become addicted. Often they are involved in tragedy with themselves and others. If I personally promote and endorse this action, I feel I share in the results.”

With Davis and Wight opposed and Banks and Eveland for, Price cast her tie-breaking vote on the measure, which then passed 3 to 2.

But Bloody Marys and mimosas aren’t on the table in Maggie Valley just yet.

Because the ordinance wasn’t passed by a two-thirds majority on this particular reading (3 to 2 is 60 percent) it must again be voted on at the town’s Jan. 9 meeting, where a simple majority will suffice for passage.

Although aldermen aren’t bound by their Dec. 11 vote, it’s likely the Jan. 9 vote will be a simple formality as long as neither Banks, Eveland nor Price have a change of heart.

If it does pass, Angel’s distillery could receive a substantial boost; although the “brunch” portion of the bill wouldn’t affect his distillery, another provision will allow him to sell up to five bottles of his spirits to each customer, each year. The current limit is one bottle per year, which he says restricts his ability to send visitors home with a taste of Maggie Valley.