Remembering the quieter, essential aspects of a life 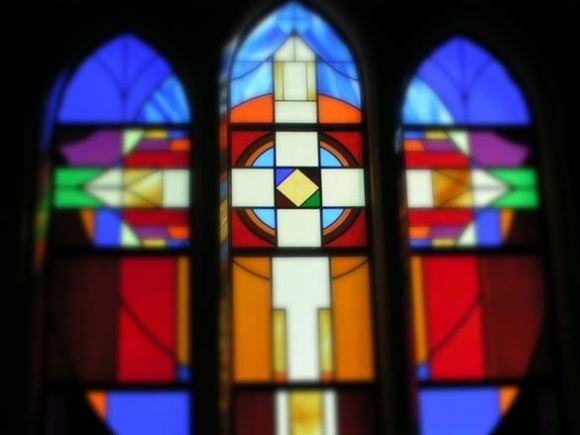 The day of my stepfather’s celebration of life service was a brisk, sunny Saturday morning, as good a day as any to celebrate life. We got up before daylight, made coffee, put on our nice clothes, packed the car, and hit the road for the three-hour drive up to Sparta, where we would meet the rest of the family before all the people started showing up to hug us or shake our hands as we stood in a long line to greet them.

The service was held in the church where my stepfather and mother were members, and as we stood in a long, serpentine line waiting for the other line to form, I reflected on the many mornings over the years when we stayed at my mom and stepdad’s house on our visits to town. Carroll was always at the church doing something or other. On Sunday mornings, he would be up and out the door long before any of the rest of us woke up, getting to the church hours early to clean, make coffee, and help prepare breakfast for church members and visitors alike before the weekly service began.

Of the 200 or so people who came through the line to express their sorrow for our loss — and their own loss — probably half of those were fellow members of the church. I heard at least a dozen stories I did not know about his contributions to the church, hours he spent working on the floors, or the walls, or something else. I knew how much of the church had been in Carroll, but had not quite realized how much of Carroll there was in the church.

It has been just about 17 years since my father passed away. Even after he and my mother divorced, she was still considered a part of that family, and eventually as the years wore on, Carroll was, too. They were both often present for holiday meals, and no one thought or felt anything strange about it when they came for Christmas dinner or Thanksgiving or Easter Sunday.

Almost all of my dad’s family were there for the service on Saturday, including all four of his siblings, ranging in age from 68 to 84. Somehow, they remain locked in their forties or early fifties in my mind’s eye, and I am always in my early twenties, just about to finish up college.

But then I see my brother and his wife, Reba, along with their three sons at the other end of the line. I see my sister and her children, both grown with children of their own, and I realize that my brother, sister, and I are now the very ages that I still assign to our aunts and uncle. It doesn’t seem possible, but here we are, and the passing of our stepfather is just another a jolting confirmation that change is not only upon us, but is always there, riding shotgun, even when it doesn’t speak.

After the service, we were treated to an incredible feast by members of the church. We ate ham, chicken and dumplings, turkey, roast, and a staggering assortment of casseroles and desserts, with the smaller children crawling under tables to hide or play tricks on their parents or siblings. Best of all, we were treated to more stories about Carroll, stories of his generosity, his love for the children, his warmth — “he gave the best hugs ever” — and the frequent gifts he brought from his garden. Squash, beans, tomatoes … whatever was ready to pick, bushels or huge bags of it, left on doorsteps of church members or the church itself.

My favorite stories, though, were the smaller ones that capture the quieter, but essential, aspects of a person’s life. How, for example, he always carried a treat every single day when he walked out the long driveway to get the mail, so that he had something for the neighbor’s dog, who always sat up and pricked up his ears when he heard Carroll coming down the way toward his mailbox.

I remembered how many mornings I would have to throw out his coffee and make my own pot, because he could never manage to put enough grounds in the filter to make the coffee more than the very lightest shade of brown. “That’s not coffee,” I would tease my mother after he was already gone to church. “It looks like rusty water, and it tastes worse than that.”

Anytime I was home, he always made sure to give me the remote control, even if he was already watching something. And he watched random, strange things on television. Police procedurals, documentaries about meerkats, lacrosse, or whatever struck his fancy at any given moment. Whatever it was, if I came in the room, he handed me the remote and said, “Here, see if there is a game or something you want to watch.”

He told me, just a week before he died, that he had had a good life and was ready to go. I think he would have liked the celebration of his life, but maybe worried that we were making too much of a fuss over him. If he could, he would’ve liked to be there to sweep up afterwards. We’ll celebrate his life best by taking the time to help our neighbors without them even knowing it, by smiling and speaking to a shy child, or by giving the dog up the street a treat, just because.