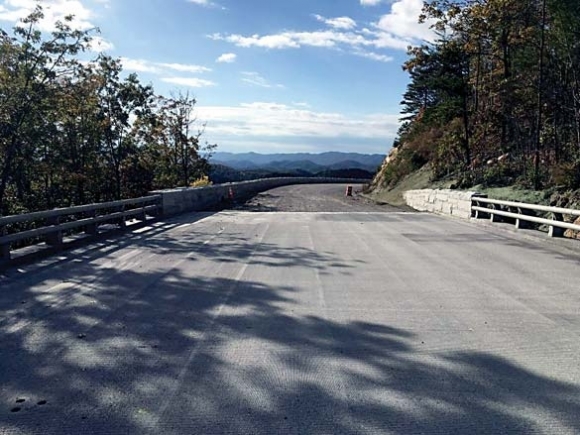 For the first time, vehicles can drive the entire 16-mile section of the Foothills Parkway from Walland to Wears Valley, Tennessee.

The Great Smoky Mountains National Park, which manages the Foothills Parkway, celebrated the bridging of this “missing link” last week, the culmination of a project that began with the launch of the section’s construction in 1966. Most of the roadway was complete by 1989, but the project then came to a halt due to slope failures and erosion during construction of the last 1.65 miles, known as the missing link. Over the last seven years, Charlotte-based Lane Construction Company has worked to complete the section with a series of five bridges at a cost of $48.5 million.

Since 1966, $178 million has been invested in this 16-mile section of the Foothills Parkway spanning parts of Blount and Sevier counties.