Character has one foot in earth, the other in paradise 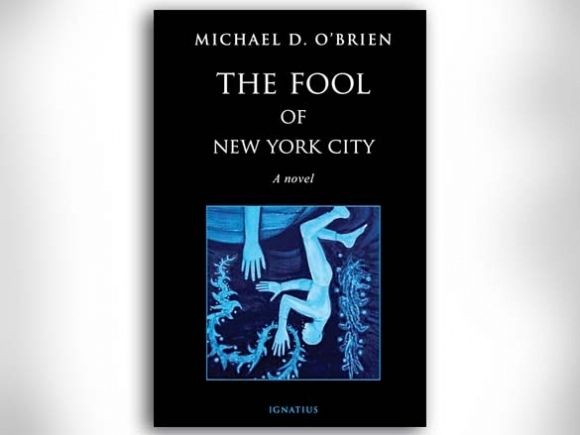 Michael D. O’Brien, Canadian novelist and painter, essayist and lecturer, is the author of what I call “door-stop” books. His works of fiction, most of which I have read and all of which I enjoyed immensely, are hefty tomes which, if one so wished, could double as dumbbells, weapons of defense, and as I say, door stoppers.

In his latest fiction, The Fool Of New York City (Ignatius Press, 2016, 279 pages), O’Brien has eschewed the weighty novels of the past for a book of more conventional length. Here he tells the story of a man nearly eight feet tall, a giant named Billy, and the lost soul whom Billy rescues from cold and hunger in New York City, a homeless, amnesic wanderer who calls himself Francisco de Goya.

Billy, a failed basketball player living on the sale of his family farm and some insurance money received via a horrific accident, was himself once a victim of amnesia and so sympathizes with the man he calls Francisco. Determined to help heal his new friend, Billy escorts Francisco on a tour around Manhattan, taking him to art museums and familiar landmarks, explaining that, “The more places we go, the more you’ll remember. We need to find the pocket where your brain put the key and forgot about it. Maybe it’s not just one key but many keys — a keychain.”

As the two men travel and explore in hopes of locating this keychain, O’Brien takes readers on a journey of their own. He gives us his take on several painters, sits us down in various diners around Manhattan, shows us that what appears as true love may crumble and fall apart, and deepens our appreciation of Billy, a man who is goodness personified. Along the way, we encounter comedy side by side with tragedy, particularly in the hilarious scene where Billy and Francisco try to enter Canada without the proper documentation. Later, when the two of them make their way to Vermont, O’Brien offers us lavish word portraits of the forests, fields, streams, and tumbledown buildings that once loomed large in Francisco’s past.

Unlike most of O’Brien’s other novels, which could fairly be described as “Roman Catholic fiction,” a designation I mean as a compliment, The Fool Of New York City avoids direct religious denotation. O’Brien and his characters focus instead on other subjects: the fall of the Twin Towers; memory and how it shapes our past and our future; the nature of compassion; the influence of material objects — a toy truck, a stuffed duck, yellowing ancient letters, and so on — on our lives and our dreams; the many ways we love and care for one another.

Although Francisco de Goya — not his real name, by the way — narrates most of this story, it is Billy who leaves the greatest impression on the reader. Located somewhere between Isaac Bashevis Singer’s “Gimpel The Fool” and Dostoyevsky’s Prince Myshkin, Billy is a guileless man in a fallen world, a man whose heart matches his size and appetite. Billy brings to mind the New Testament admonition that “unless you convert and become as little children, you shall not enter the kingdom of heaven.” The giant is one of those rare beings with one foot on earth and the other in paradise.

One test of good fiction is whether we find the characters believable. In The Metamorphosis, Franz Kafka gives us Gregor Samsa, a man who wakes to find himself a giant cockroach. In A Confederacy of Dunces, John Kennedy Toole introduces us to Ignatius J. Reilly, who is, as Walker Percy wrote in his foreword to the novel, “a slob extraordinary, a mad Oliver Hardy, a fat Don Quixote, a perverse Thomas Aquinas rolled into one.” Both of these books are classics, in part because their authors made their central characters as real to us as our next-door neighbors.

Is Billy the giant believable?

I think so, though finding a Billy in the real world may present a conundrum.

The reasons for this difficulty lie in Billy’s nature. With his generosity and somewhat simpleminded talk, Billy has a touch of Forrest Gump about him, yet his goodness goes beyond the lovable fool played by Tom Hanks in the movie. Unlike Forrest Gump, who bumbles his way into fame and history, Billy is a man on the street, a pedestrian who draws stares from passers-by only because of his extraordinary height. He shows absolutely no interest in recognition for his good works, but performs his acts of charity in private and without expectation of award.

In Billy, therefore, O’Brien creates a character we may fail to recognize because such people hide their good deeds from the glare of the public spotlight. They constitute that small number of living saints who make the broken world in which we live more bearable by their unseen presence and undisclosed gifts.

Two caveats: The first chapter of The Fool Of New York City is told in the second person singular. That use of “you” quickly grows annoying, but O’Brien reverts in the rest of the book to the more suitable “I” as narrator of the tale. Get through the first chapter, and the pace of the story immediately picks up.

Much later in the story, we learn that Billy has a premonition of disaster about the Twin Towers and tries to warn people days ahead of time about 9/11. He hands out thousands of leaflets announcing the coming catastrophe, and is arrested once for doing so. Surely the police and the FBI would hunt down an eight-foot tall man who had predicted the attacks on the Towers.

Those quibbles aside, high marks for this one. And though not a Christmas story, The Fool Of New York City would make a wonderful holiday read.