Franklin elects incumbents and one newcomer 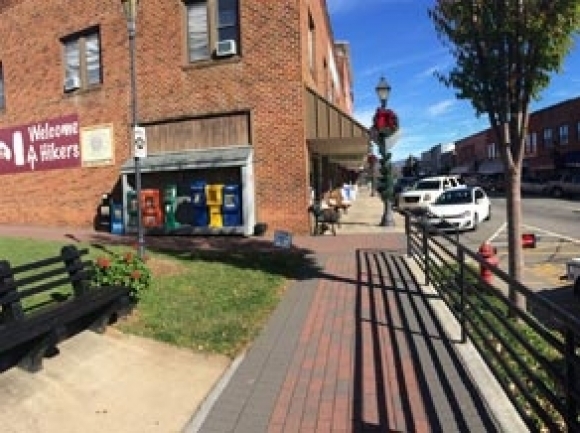 Franklin residents kept two incumbents and elected one newcomer to the town council to represent them for the next four years.

Incumbent Barbara McRae will reclaim her post for a second term and challenger David Culpepper will serve his first term on the board after being the second highest vote-getter.

“I'm really excited. A huge thank you to those who support me, the people of my hometown for believing in me and granting me this opportunity,” Culpepper said. “It’s a real honor and I look forward to getting to work and helping make Franklin prosper. I really think this board is positioned to get some great projects started, the type of projects that will have a positive impact on the community for decades to come.”

The next highest vote-getter was challenger Angela Moore, but that doesn’t mean she is going to automatically claim a seat on the board.

State statute allows the governing board to appoint someone to the vacant post in Mashburn’s absence for a nonpartisan municipal election.

Mayor Bob Scott, who ran unopposed, will begin his third term after receiving about 83 percent of the vote — 49 ballots were cast for a write-in candidate.

Moore, who has run four times for town councilmember, was only 16 votes behind Mashburn and is still hopeful she has a shot at representing the people of Franklin.

“It is my hope that the Council will act in good faith to the electorate and appoint the next highest vote-getter. I was vocal about this stance even before the election or the election results,” Moore said. “I would have supported the people, the voters, and whichever candidate was next in line, regardless of politics. Our government is built on the voice of the people and any effort to circumvent that is deeply disturbing.”

Moore said she’s tried to reach out to each of the council members to see where they stand on the issue but has had “mixed results.” The next town council meeting is at 7 p.m. Dec. 4 at town hall where the board is likely to discuss the appointment.

All six candidates really pushed for people to get out and vote, but the turnout wasn’t that impressive for the town election. Out of 3,576 residents, only 423 cast a ballot — about 12 percent. Voter turnout during the 2015 municipal elections was over 15 percent.