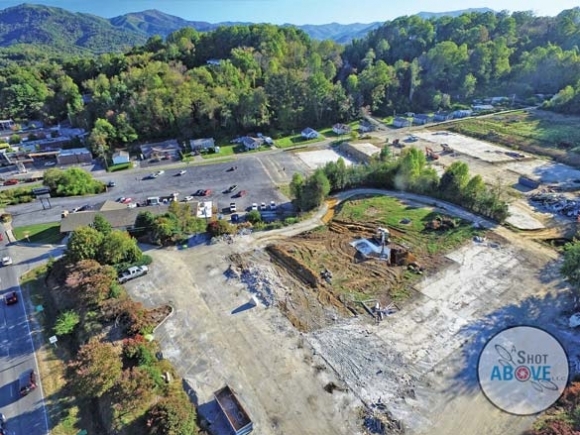 Inasmuch as any document can be truly hallowed on a local government level, that document is the comprehensive plan.

The importance of such plans cannot be understated; they not only engage substantial portions of the community in a discussion to discern future development goals, but they also establish a very public set of standards that are referred to in almost every planning, zoning and infrastructure decision a town makes for about two decades.

They’re also required by state statute, and need to be redone from time to time. In Waynesville, that time is now.

Waynesville’s cumbersomely titled 129-page tome, Waynesville: Our Heritage, Our Future 2020 Land Development Plan, was adopted in April 4, 2002 and is commonly referred to as the “2020 plan.”

With 2018 right around the corner, Waynesville Development Services Director Elizabeth Teague took the Oct. 10 Board of Aldermen meeting to brief Mayor Gavin Brown and aldermen on how town staff plans to accomplish the substantial project.

“We want to be sure the plan is something the board and the public gets behind,” Teague said at the meeting.

The timeline she presented shows that the RFP process for a firm to conduct the study will begin immediately and will hopefully be complete by the end of the year.

Once the contract is approved by aldermen, the project will begin with a community survey in January 2018. By March, a report on the survey will be made to the planning board, and by May a draft report should be available.

The total cost of the plan should be around $50,000, spread over two budget years, which begin each July 1.

After the draft report is produced and the project shifts into its second budget year, a scope of work for completion will be drafted, reflective of what’s learned during the first year.

The process appears similar to one that began in 1999 and involved similar players — institutionally, and personally.

Both Mayor Brown and Alderman Gary Caldwell worked on the 2020 plan when both were aldermen in 1999 under Mayor Henry Foy.

Another well-known Waynesville family had — and will have — substantial input on the forthcoming comprehensive plan as well.

Serving with Brown and Caldwell at the time was Alderman Libba Feichter. Libba’s husband Rex was chair of the Waynesville Planning Board, as well as of the Land Development Plan Steering Committee; their son Jon is currently an alderman.

What Brown, Caldwell, Feichter and others are all after is a complete overhaul of the existing 2020 document, which Teague called “a great plan.”

Building on what’s worked in the past, an ad-hoc committee of about 10 will involve the public, various town departments, staff and the consulting firm to evaluate current and future needs that include social and environmental concerns in addition to economic.

Working from within smart growth principles utilized in the 2020 plan, the new plan will again seek to mix land uses, advocate for more compact design, and create distinctive, walkable communities with a range of housing types in existing communities and thereby preserve open spaces and environmentally valuable areas.

At board planning retreats dating back to 2014, a number of important issues arose, according to Teague — maintaining and expanding infrastructure, controlling and sustaining growth and expanding MSD utilization topped the list, but a desire for affordable housing and broadband access have become especially cumbersome concerns of late.

With an aging population and increasing interconnectivity with Buncombe County to the east, the challenge for authors of the new plan will be in maintaining rural Haywood’s character while embracing new trends.

But, Mayor Brown said at the meeting, embracing the new is what the plan’s all about.

“I want to ensure we have inclusivity,” Brown said. “Especially among young people.”