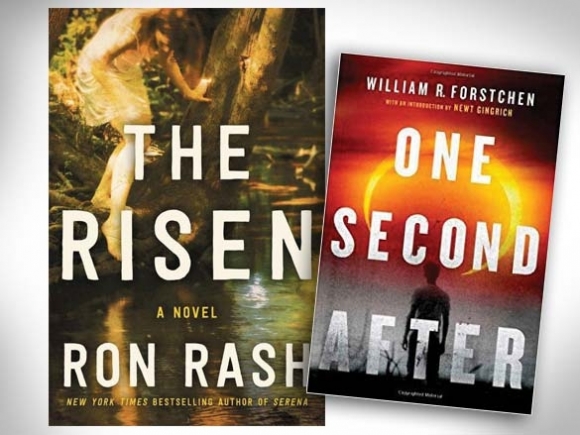 This past summer, I reviewed The Leader’s Bookshelf for The Smoky Mountain News. After seven years of interviewing many of the nation’s top military leaders, Retired Admiral James Stavridis and R. Manning Ancell put together a list, with reviews and other information, of the top 50 books recommended by their military comrades. They included reviews of other books as well, recommendations so inspired that I headed for the library and my local bookstore to see what I could find of them.

I delight in books of literary compendia. Sometimes, of course, I quarrel with the selections. Why, I wondered, did The Leader’s Bookshelf not include Shelby Foote’s The Civil War, one of the finest of American histories, or T. E. Lawrence’s The Seven Pillars of Wisdom?

These inventories of favorite books can be controversial. Twenty years ago, the Modern Library issued a list of the top 100 novels of the twentieth century, with authors like Joyce, Fitzgerald, and Faulkner leading the way. Because so many readers clamored for other titles, Modern Library then allowed for “A Reader’s List” whose results still bring a smile to my face. Three of L. Ron Hubbard’s novels ranked in the top 10, meaning that Scientologists, the religious system founded by Hubbard, had undoubtedly organized and pushed their man to eminence. Numbers 1 and 2 on the “Reader’s List” were Atlas Shrugged and The Fountainhead, both written by Ayn Rand and both no doubt thrust into those winning spots by the combined efforts of devotees to her philosophy, Objectivism.

Below are seven novels set in Western North Carolina that have appealed to me over the years. As there are many other fine writers from our region — Robert Morgan, Gail Godwin, John Ehle, and more — readers may quarrel with my choices. Good. It’s part of the game.

The books are listed in no particular order.

Thomas Wolfe’s Look Homeward, Angel. We might as well start with the godfather of Western North Carolina fiction. Here is the coming of age story of Eugene Gant of Asheville in which Wolfe captures the people, places, and spirit of the town in the early twentieth century. Though read less today, partly because we have moved away from so much description, Wolfe influenced an entire generation of writers, running the gamut from Ray Bradbury to Norman Mailer. I read this novel and others by Wolfe while living in Connecticut, age 24, heart-broken, nearly penniless, and homesick. Eugene, his family, and all the other characters helped me make it through many a dark night.

Wilma Dykeman’s The Tall Woman. Perhaps best remembered for her history of the French Broad River, Dykeman in this novel tells the story of Lydia Moore McQueen, a young woman whose husband, like many other men from our region, chooses to fight for the North rather than the South. Lydia endures the violence and treacheries of the Civil War and its hardscrabble aftermath, all the while working to protect her family and improve her community. My wife gave me a signed paperback copy, which I opened, immediately read, and still regard as a minor masterpiece of fiction.

Charles Frazier’s Cold Mountain. Like The Tall Woman, Cold Mountain takes us into the hills and hollows during the Civil War, giving us vivid portraits of the cruelty practiced when neighbor often fought neighbor, when the larger conflict gave free rein to vicious personal vendettas. Here we find another tough mountain woman Ada, who tries to keep the family farm in operation. Meanwhile, her husband is making his long odyssey from the battlefields to his home. With both The Tall Woman and Cold Mountain, you might consider reading William Trotter’s Bushwhackers, a fine account of the Civil War as it was fought in Western North Carolina.

Lewis Green’s The Silence Of Snakes. To call Lewis Green cantankerous is akin to calling the Grand Canyon a ditch, but the man could write. Set in Hazelwood and Waynesville, The Silence Of Snakes tells the story of a family, a drunken writer who achieves redemption, and a murder. Green brings together incidents from his own childhood and a lifetime of living in Western North Carolina in this fine book.

Fred Chappell’s I Am One Of You Forever. Set in Haywood County, where Chappell grew up, this novel blends the incredible with the mundane as it tells the story of a boy, Jess, his mother and father, and a small platoon of eccentric relatives. Chappell combines humor and wisdom in his story, and like the poet he is, makes his sentences sing.

Ron Rash’s The Risen. Though I reviewed this book months ago, and have read a great many other books since then, this story continues to haunt me. It’s 1969, and Eugene and his brother, Bill, meet Ligeia, a wild, free-spirited young woman sent to live near Sylva with relatives. She disappears, leaving readers to wonder until the end of the book whether she ran away or met a bad end. Eugene’s battles with the bottle and his past stand in sharp conflict with his brother’s success as a surgeon. A wonderful book about family, human motivation, how we manipulate the past, and how we face the future.

William R. Forstchen’s One Second After. This chilling look at the devastation wrought on the United States by an electromagnetic pulse caused by a high-altitude nuclear explosion nearly sent me to the grocery store to stock up on everything from canned foods to pain killers. Set in Montreat, the story centers on John Matherson, a former Marine and a professor at Montreat College. Without electricity or supplies—an EMP kills everything electronic, from computers to trucks—the town faces the possibility of extinction. Matherson and others take charge and lead their neighbors in the fight against starvation, disease, and roaming gangs of cannibals.

Jeff Minick is a writer and teacher. This email address is being protected from spambots. You need JavaScript enabled to view it.