This must be the place: ‘Where do you think you’re goin’?’ 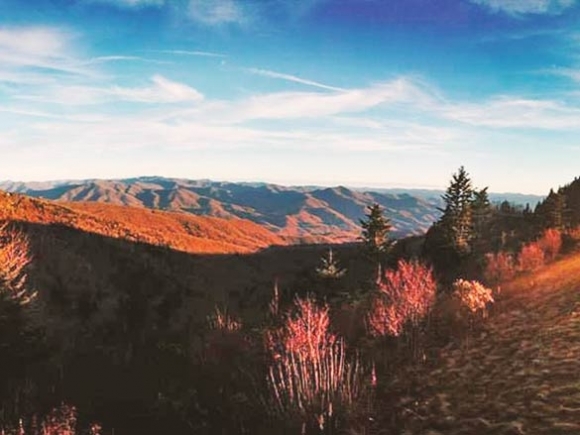 Do you participate in life and soak it in like a sponge being dropped into a bucket of water, or do you simply walk to the side and stay out of the way of the trials and tribulations hurled at those who aim to find and achieve some semblance of success?

As a writer, I’ve questioned both sides of that coin mentioned above. Why do I put myself through the bullshit of launching a career in the creative arts, and also in the newspaper industry itself? Since day one of my writing endeavors, some 11 years ago, I’ve been told, time and time again, that I’ll either never “make it” or that I was going down a road that was a dead end.

And I’ve heard it all, and all over again, too: “Newspapers are dead.” “Writers don’t make any money.” “Can you even survive on that kind of salary?” “Nobody even reads anymore.” “Is there even a paycheck involved in what you’re trying to do?” “Why don’t you just become a lawyer?”

There are nights I’ll be trying to get some sleep in the back of my rusty, musty pickup truck — somewhere far away where there’s action and adventure, anywhere that the midnight oil burns — and I’ll gaze up and out the back window, at the silent moon along some highway or some buzzing fluorescent industrial light in a parking garage. I wonder if any of my old cronies from high school or college would ever be caught dead in these kinds of situations, or if they see the merit in pushing ahead in your dreams — come hell or high water.

I’ve given up a lot of things in trying to become a writer — good jobs, great opportunities, and even better women. I knew (and know) that this is what I wanted to do, so I keep doing it, day-in-and-day-out, with no real end game in sight, more of a pursuit of being able to somehow get away, perhaps under-the-radar, with getting paid to write about whatever I want, enough money to put food in the fridge and gas in my truck.

But, it gets tiring, where there are those days you feel like you’re just spinning your wheels, nothing is clicking, and you wonder if you’ve wasted the last decade of your life on something that isn’t panning out. Luckily, that negative sentiment is quickly fleeting. The road is long, and bountiful, for those with eyes aimed forward, and also certain as to “what is” and “what could be.”

On Sunday, I found myself watching a one-day special screening of “Lucky” at the Grail Moviehouse in Asheville for “Art House Theater Day.” A simple story about an old cowboy trying to wrangle with the idea of death and the inevitable “void” after being an atheist loner most of his life, it stars the iconic, late Harry Dean Stanton, who died just days before the film’s release this week at age 91.

The plot is a struggle between the idea that there’s “nothing but blackness” after you die, so why participate in life seeing as nothing is permanent anyhow? As the film moves along, Stanton’s character, “Lucky,” finds peace and solace in being old, and with the notion of being a participant in the pleasures of life — love, friendship, and finding your true self in the chaos of the universe.

So, later that evening, on my couch, I go from a flick about an old cowboy loner who can’t deal with the general public on a daily basis, to a documentary about pop music queen Lady Gaga, a worldwide focus of attention who can’t deal with the silence of being alone with her thoughts and insecurities at the end of the day. The Netflix documentary, “Five Foot Two,” is a mesmerizing and hauntingly beautiful portrait of Gaga — a young, poignant, once-in-a-generation artist, and a truly independent woman.

Even in real life, Harry Dean Stanton and Lady Gaga are two ends of the spectrum. Stanton just dealt with whatever came his way, and never really pursued “blockbuster success,” though he will definitely be viewed as one of the acting greats, especially in terms of volume of work. And then there’s Gaga, who clearly sees these enormous obstacles in the music industry, and in her personal life as well, and moves the weight of these physical and emotional mountains with the sheer iron will of someone who won’t ever be told she’s “less than.”

But, both cultural figures have the most important thing in common with each other — they each knew exactly who they were, even if it took years, decades, and staggering hardships to finally recognize that face in the mirror, and what it’s capable of.

Keith Richards of The Rolling Stones once said, “You’re not grown up until the day they put you six feet under.” And I agree with good ole Keef. Always will. I see traits of myself in both Stanton and Gaga, and that’s not to say I’m on their “level of success.” Not even close, actually. But, I do understand the frustrations, and also the awe-striking nature, of pursuing something bigger than yourself, all within the realm of the arts.

I aim high, and I always will. For what else is there to do with your one journey that is life itself? This ain’t no dress rehearsal. Like the song “A World of Hurt” (Drive-By Truckers) says: “Remember, it ain’t too late to take a deep breath / And throw yourself into it with everything you got / It’s great to be alive…”

1 The inaugural “Goodyacre Farm Festival” and firefighter fundraiser will be held from noon to 9 p.m. Saturday, Sept. 30, at the farm in Canton.

5 Celebrating Scotland, Folkmoot will host a “Scottish Friendship Dinner” from 6 to 9 p.m. on Friday, Sept. 29, at the Folkmoot Friendship Center in Waynesville.