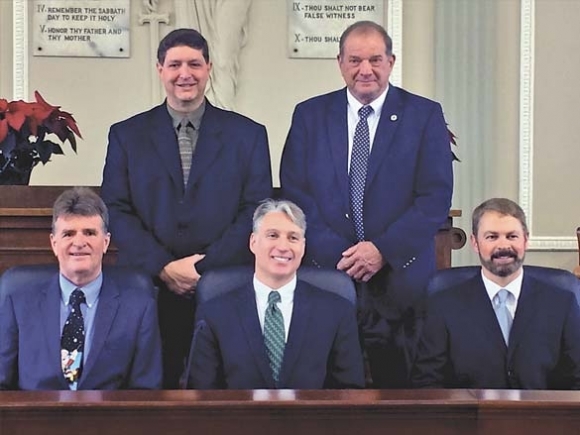 There are some areas, though, where passage seems unlikely.

Maggie Valley — a tourist town that practically shuts down six months a year — seems to be one of those areas.

At the town’s last board meeting, a vote to hold a public hearing on a possible brunch ordinance passed, but just barely.

Aldermen Clayton Davis and Phillip Wight opposed the hearing, which will be held in October; while Davis couldn’t be reached for comment, Wight said that he didn’t see how such an ordinance would pertain to Maggie Valley.

“Sell me,” he said. “Sell it to me. I’m not opposed to people’s freedoms and liberties, but is it for the better? At this point my gut instinct is that it’s not relevant to Maggie Valley.”

There are not that many restaurants in Maggie Valley that serve alcohol.

The same goes for Haywood County; owing to topography and a just recently passed alcohol referendum, the overwhelming majority of bars, restaurants and retail establishments selling or serving alcohol falls somewhere within one of four municipalities.

Outside Canton, Clyde, Maggie Valley and Waynesville, there simply aren’t many businesses that might benefit from a brunch ordinance — but there is one important one.

Haywood Commissioner Mike Sorrells owns a gas station and general store in rural Jonathan Creek, meaning he’d probably abstain from any county vote on a brunch ordinance, just as he did during the run up to a 2016 county alcohol referendum.

And this past July, Sorrells’ fellow commissioners Kevin Ensley and Brandon Rogers told The Smoky Mountain News they’d probably oppose such an ordinance.

“I’ve always thought it was good at 1 o’clock, so people aren’t drinking during church hours,” Ensley said at the time. “I think Sunday should still be a bit sacred.”

That leaves only Commissioner Bill Upton, whose position for now is moot, as is that of Commission Chairman Kirk Kirkpatrick, who would vote only in case of a tie.

As of press time, no brunch ordinance had been heard or scheduled to be heard before the Haywood Board of County Commissioners.