Pigs as pets in Canton? 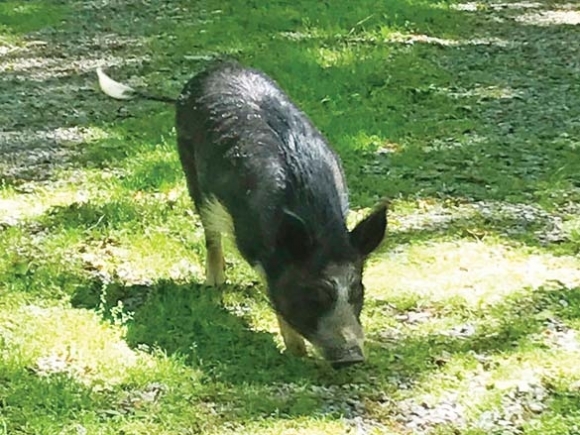 For decades, urban jurisdictions have enacted animal ordinances intended to sequester the odiferous, unsightly sprawl of animal husbandry outside of town limits.

Those ordinances have grown in recent years to prohibit exotic pets that may be dangerous to the public if released (like felids or large primates), as well as invasive species that could be devastating to the local ecology (like reptiles or rodents), but they are also rooted in concerns over sanitation.

As a result, swine — which are dangerous in the wild, invasive in appetite, and unsanitary in large numbers — remain prohibited in many cities and towns.

Smaller domesticated varieties like the American Mini Pig, the Ossabaw Island Hog and the Pot Belly don’t pose the same problems as their larger cousins do, but they are lumped in with them in that prohibition originally aimed mostly at commercial urban hogging operations.

On Sept. 12, the Town of Canton continued discussion on amendments to its animal ordinance that might permit pigs as pets.

Although response from the board appeared to be favorable in general, practical questions arose regarding weight limits, licensing procedures, and number of pigs allowable in one home.

No action was taken at the meeting, but the board may consider the issue at an upcoming meeting.