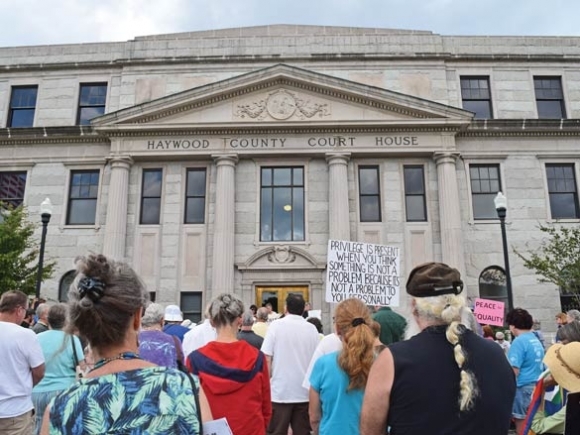 About 200 people gathered in front of the Haywood County Historic Courthouse Monday evening to stand in solidarity with Charlottesville as the Virginia town deals with the aftermath of a white nationalist rally that turned violent last week. 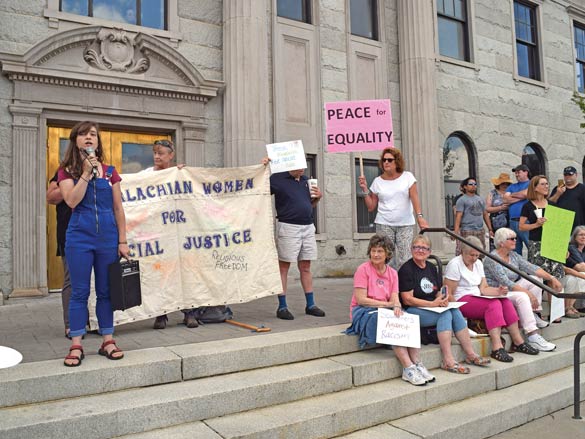 Organized by members of Progressive Nation WNC, the event remained peaceful with a large police presence around the perimeter. Attendees lit candles in honor of Heather Heyer, the 32-year-old woman who was killed during the Charlottesville rally. Religious leaders spoke about loving each other as humans instead of hating each other over differences as several people drove by yelling “Go Trump” and “Get a job” from their vehicles.

While one of the themes during the vigil was tolerance, Rev. Joslyn Schaefer of Grace Church in the Mountains in Waynesville said she couldn’t condone tolerance. Rev. Zack Christy of Plains United Methodist Church emphasized that silence on issues like racism and bigotry is no longer an option and encouraged people to stand up and say something when they witness acts of intolerance and hate. 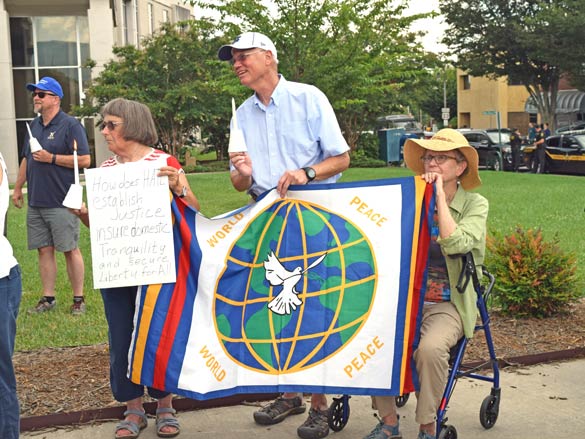 “We’ve been using silence as a defense mechanism for way too long,” he said.

Nicole Townsend, a community organizer in Asheville for black and queer liberation, and policy reform, followed Christy’s sentiment but telling attendees that coming to a vigil is easy — it’s standing up to racism and inequality every day that is hard.

To get involved in the Progressive Nation WNC group, attend their meetings at 5:30 p.m. every Monday at The Folkmoot Friendship Center in Hazelwood.