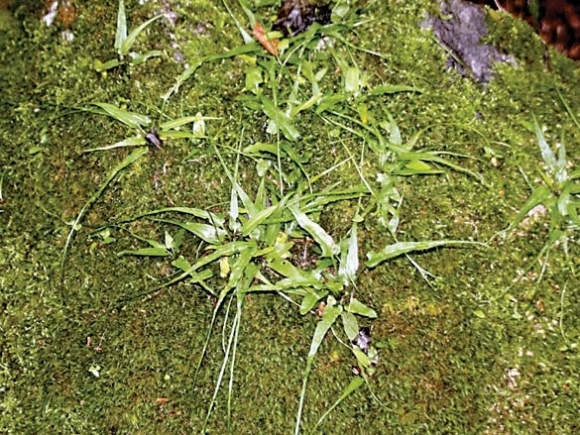 According to Swimmer — the greatest Cherokee shaman of the nineteenth century — and other informants cited by anthropologist James Mooney in Myths of the Cherokees (1900), the grubworm was so excited by this turn of events he exclaimed: “‘Thanks! I’m glad some of them will die, for they are getting so thick that they tread on me.’ He fairly shook with joy at the thought, so that he fell over backward and could not get on his feet, but had to wriggle off on his back, as the grubworm has done ever since.”

The plants, however, remained friendly to mankind. They felt that the plentiful wild animals were more harmful in the long run to them than the rather sparse human population. They were angered by the animal council’s unilateral decision and made their own determination to counteract it whenever possible.

“Each tree, shrub, and herb, down even to the grasses and mosses, agreed to furnish a remedy for some one of the diseases named, and each said: ‘I shall appear to help man when he calls upon me in his need,’” Mooney was advised by his informants.

“Thus did medicine originate,” he concluded, “and the plants, every one of which has its use if we only knew it, furnish the antidote to counteract the evil wrought by the vengeful animals. When the doctor is in doubt what treatment to apply for the relief of a patient, the spirit of the plants suggests to him the proper remedy.”

Mooney listed 20 Cherokee medicinal plant species under the heading “Selected List of Plants Used.”  For each, he provided the Cherokee name, the nineteenth century scientific and common names, and an explanation of how the plant was used by the Cherokee medicine men.

Here’s a boiled-down list of those plants with brief notes as to use:

(6) goat’s-rue or devil’s shoestring (Tephrosia virginiana) used as a wash by women to prevent loss of hair.

(8) mad-dog skullcap (Scutellaria lateriflora) used to counteract the ill effects of eating food prepared by a woman in the menstrual condition.

(9) maidenhair fern (Adiantum pedatum) used in conjunction with other ferns for rheumatism since these plants unfurl as they develop.

Mooney’s nomenclature for number “20” is difficult to decipher. He gives “Shield Fern” as the common name, which would indicate a fern in the “Dryopterus” or wood fern genus. And he gives the scientific name as “Aspidium acrostichoides.” The designation “Aspiduim” is a former generic name for “Dryopterus.”  But “acrostichoides” has been the long-standing specific name for the fern known as silvery glade fern or silvery spleenwort.

My supposition that Mooney’s informants were referring him to silvery glade fern and not one of the wood ferns is supported by their name for the plant, “yana-utesta,” which means “the bear lies on it.”  Unlike wood ferns, silvery glade ferns form extensive colonies of large, soft, fragrant fronds that animals often roll in or bed down in.

At any rate, it’s apparent that the ferns didn’t get along with the animals any better than any of the other plants.  Not only was number “20,” whatever it was, pitching in to help out along with number “9,” maidenhair fern, but walking fern (Asplenium rhizophyllun) was added to number “12,” hepatica, to help fight off those recurring dreams about poisonous serpents. This makes perfect sense because walking fern is sort of shaped like a serpent with extended fangs. And the plants, after all, were dedicated to suggesting the proper remedy whenever there was any doubt about the “treatment to apply for the relief of a patient.”