This must be the place: ‘We will get by, we will survive’ 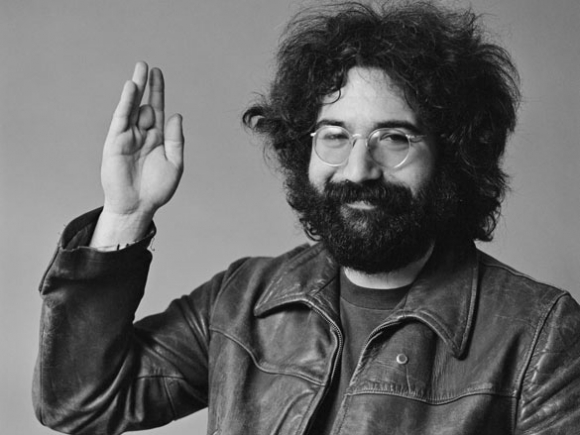 On this day (Aug. 1) some 75 years ago, Jerome Garcia was born in San Francisco. You might not recognize the name Jerome, but a lightbulb may click on when you remember him by his nickname: Jerry.

I was 9 years old the first time I ever heard about the mythical pop culture icon that was Jerry Garcia. Lead singer and guitarist for The Grateful Dead, Garcia was a hero of mine as kid, still is, and probably in many more ways than I could have realized. Sure, he had his demons, of which led to his demise. But, what his 9.5 fingers brought to this world will forever be immortalized as some of the most joyous and cosmic music to ever echo into our infinite universe.

As a 9-year-old in 1994, I saw a dancing bear on the hat of my aunt’s boyfriend. It was during a family dinner one summer evening at my grandparent’s camp. He brought me over to his old pickup truck and blasted some of the Dead. I was entranced. And, it seemed, once I connected with the Dead and their sound, they appeared to be everywhere thereafter. I started to see the dancing bear and skull with the lightning bolt stickers on the back of all kinds of vehicles, with tye-dye shirts in seemingly every direction.

I remember going to the now-defunct Ames Department Store in the next town over from my parent’s house on the Canadian border of Upstate New York. Grabbing a copy of “Skeletons In The Closet,” it was all I listened to for the rest of that summer. I even asked for a couple of Dead tye-dyes for Christmas, which my parents got for me, to which the old-school French nuns at my Catholic elementary school stood in front of the classroom with a perplexed look when I walked through the door sporting them.

In high school, I got a poster of Jerry Garcia playing guitar at some long forgotten head shop in the nearest city, Plattsburgh. That poster was on my bedroom door for years, at least until it got rolled up and brought with me to college in Connecticut. Following graduation, the ragged poster, full of tack holes and ripped corners, was honorably retired to the attic of my parent’s barn, where it remains to this day, covered in cobwebs and dust, and fond memories, too.

The door of consciousness that Jerry & Co. kicked open in my head was only further expanded with the seminal novel On The Road by Jack Kerouac. So, you could imagine my overwhelming sense of pride and pursuit when I read how Garcia’s entire life’s mission was changed when he read On The Road. He looked at Kerouac the same way I did, as the voice of wanting something more, something different than whatever path we are told to walk. We wanted to create our own route. Kerouac was the words for me, with Garcia the soundtrack to my eternal quest in all that is irresponsible enlightenment.

In celebration of his 75th birthday, I threw some Dead tunes onto my stereo and tooled around YouTube, tracking down some clips of Garcia performing live. I felt this feeling of euphoria wash over me, the feeling that everything will be okay, just as long as you always believe in yourself, and also in helping others believe in themselves, too. That euphoric sensation when I listen to the Dead, and when I awaken in the world each morning, has held steady since that first time I heard their magic and power some 23 years ago. That sound of real freedom, of endless creativity and genuine compassion — it is as preserved in my subconscious as it is perpetuated in my daily interactions.

And while on YouTube, I came across an interview Garcia did with CBS “This Morning” in 1989. Interviewer Mark McEwen asked Garcia about what it means that the Dead are 24 years into their musical adventure (originating in 1965).

Garcia replied, with his trademark grin, “I see a large part of my life I’ve spent doing something, which has turned to be more fun than I thought it was going to be, and it’s lasted way longer than I imagined it might, and it’s taken me places that I would have never, ever of imagined. It’s hard to separate myself from the experience. After all, it is my life. For me, it’s 24 years of all kinds of stuff, like everybody goes through, life and death, kids growing up, and the Grateful Dead has been this one constant, continuous source during the whole thing. It’s a big chunk, you know? It stopped being a career or a band or even a family a long time ago. It’s gone way past that by now…”

True that, my brother. True that.