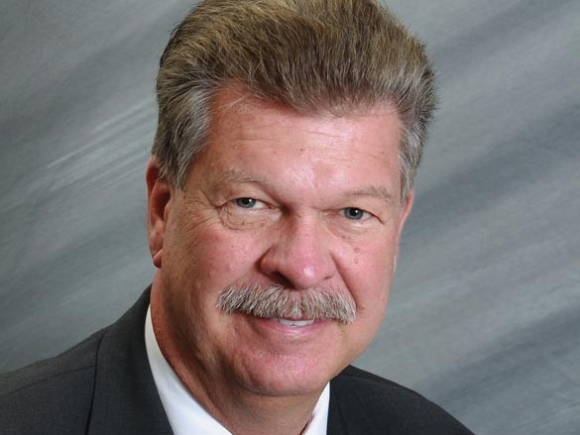 Not all of them became law, but some of them did; Haywood County’s legislative delegation — Rep. Mike Clampitt, R-Bryson City, Rep. Michele Presnell, R-Burnsville, and Sen. Jim Davis, R-Franklin — spent the session trying to represent the views of their Western North Carolina constituency, along with Rep. Kevin Corbin, R-Franklin, who represents Cherokee, Clay, Graham and Macon counties.

What they attempted to accomplish were changes in governance, schools, ethics legislation, law enforcement and property taxes.

“I’m just elated and excited,” said Clampitt of the session as a whole. “I’m appreciative of the cooperation I’ve experienced with other members of the House and Senate.”

Perhaps the biggest news to come out of the 2017 long session was the repeal of 2016’s infamous Public Facilities Privacy & Security Act, which stipulated that people in government buildings could only use restrooms corresponding to the gender on their birth certificates.

Otherwise known as HB2, the measure removed anti-discrimination protection from LGBTQ people while simultaneously becoming the subject of mockery and derision across the globe.

But this year’s HB2 — House and Senate bills are numbered in the order in which they are filed, so the numbers are perennially recycled — was of a decidedly different nature, allowing disabled veterans to exclude 100 percent of the assessed value of a permanent residence from taxation.

The Corbin-sponsored bill passed the House, but still sits in the Senate Rules and Operations Committee.

Another Corbin-sponsored tax relief bill — HB61, which Clampitt also co-sponsored — didn’t even make it out of the House, but would have exempted from taxation $50,000 of net business income.

Paid newspapers across the state could see a reduction in their income as HB205 is implemented. The bill allows Guilford County and its municipalities to create an ordinance allowing the publication of public notices — bid opportunities, public meetings, legal notices and the like — online, instead of purchasing ad space in newspapers. Guilford will serve as a pilot program to ensure the public doesn’t go uninformed as a result.

HB64, an effort to change the date of municipal elections from odd-numbered years to even numbered years beginning in 2022, remains mired in the House Committee on Elections and Ethics law; in 2015, average voter turnout for municipal elections in Haywood, Jackson, Macon and Swain Counties was just under 20 percent, but in the 2016 presidential race in those counties, turnout was over 66 percent.

Getting kids to turn out for school was also the subject of much discussion this session; in both the Senate and the House, more than 30 local bills dealt with school calendar flexibility. The Corbin-sponsored HB375 passed the House with strong bipartisan support (108 votes) and would have allowed counties to coordinate their calendars with those of their local community colleges, but the bill now sits in the Senate Rules Committee.

How many kids can sit in each classroom was also discussed, and somewhat resolved. Although the legislature will have to revisit the issue again soon — in essence kicking the can down the road — the Corbin-sponsored HB13 gave local school districts some flexibility on the hard caps required by a 2016 budget measure, which will help districts avoid laying off instructors.

The Clampitt-sponsored HB39 will result in layoffs of a different sort — eight UNC governing board members, who are appointed by the legislature. The current board has 32 members, but will be scaled back to 24 over the next two cycles.

On the economic development front, this year’s state budget funds a $2 million N.C. Department of Commerce program designed to aid local governments in developing infrastructure in proximity to industrial sites. The catch? It’s only for tier one and tier two communities.

Each year, the DOC ranks all 100 counties in the state based on the average unemployment rate, median household income, population growth and property tax base per capita. The most economically distressed counties — tier one counties — qualify for more economic development assistance from the state than do tier two and tier three counties.

Haywood County — much to the chagrin of local economic development officials — is a tier three community for 2017; in May, Chairman of the Haywood Economic Development Council and the Local Government and Community Relations Manager for Duke Energy Jason Walls said that the tier three designation “doesn’t portray the whole situation in the county.”

Although a number of proposed bills in both chambers attempt to address the inherent inequities in the tier system, nothing of substance was made law.

Laws surrounding the right to carry a concealed firearm — despite efforts by Presnell and Clampitt — won’t be changing this session either.

“There were seven Second Amendment bills floating around, all now contained in an omnibus gun bill, but it’s still in flux. Hopefully we’ll get another look in the short session,” Clampitt said.

HB69 would have eliminated permitting requirements for concealed carry, but it never got off the ground.

Also remaining grounded is the helicopter Western North Carolina won’t get; a Clampitt-sponsored bill would have appropriated $18 million for the purchase of two new State Highway Patrol Helicopters — one down east, and one up west — but his request to the appropriations committee just didn’t work out.

“We’re constantly reviewing, constantly looking for options and again, this is something that will hopefully come up in the short session.

Another Clampitt-sponsored bill dealing with those who work — and work out in the agricultural fields that drive the state’s economy — also didn’t work out. HB35 would have changed the definition of “employee” to specifically exclude farm workers, meaning that their employers wouldn’t have to use the federal E-Verify system to ensure that their employees are eligible to work in the United States.

Lawmakers, however, are still eligible to work as lobbyists just six months after they’ve left office; HB48, sponsored by both Clampitt and Presnell, would have lengthened that downtime to a year, but the bill never left the House Rules Committee, where meaningful ethics reform goes to die.

A particular point of pride for Clampitt — a retired fire chief — is SB257, which designates Sept. 11 as a state holiday. Clampitt said he’d again this year host what he says will be the largest first responder appreciation event in the state on Sept. 10.

Not all bills proposed in the General Assembly each year are as heady and philosophical as those mentioned above; although HB74 would have made the bobcat the official state cat of North Carolina (it failed) you can apparently still drive through town with one sitting on your lap — HB73 would have fined drivers $100 for holding a live animal in their lap whilst driving but as the bill stalled in the House Rules Committee, that sacred right remains delegated to the people.

Rep. Presnell did not respond to requests for comment on this story.