Wit, wisdom and a walk around New York City 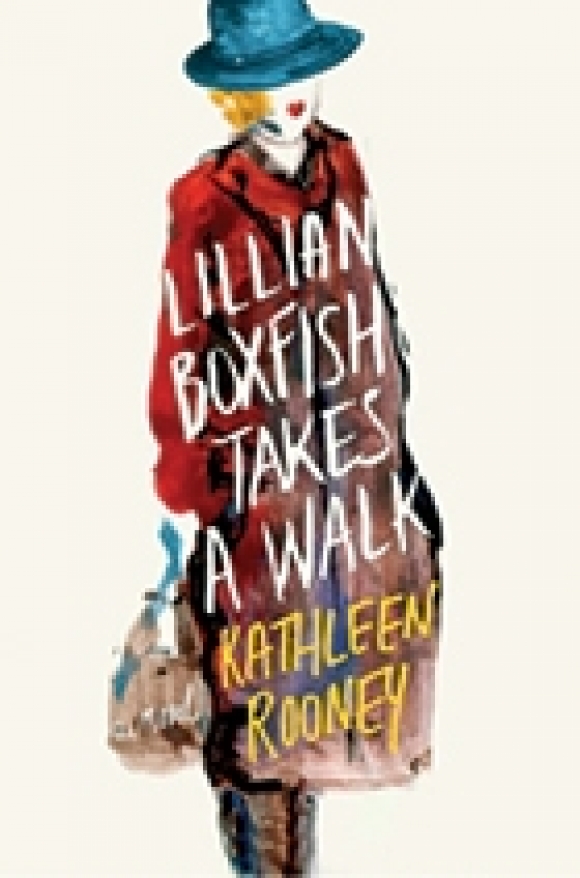 It is 1926, and Lillian Boxfish, mid-20s and ambitious, arrives in Manhattan, where she lands a job working for the greatest department store in the city, R. H. Macy’s. That famed emporium hires her as a copywriter, and within five years she is the highest-paid advertising woman in the United States.

Independent, eager to engage life, and disdainful of marriage and commitment, she soon turns her talent for writing jingles into light verse, achieving fame as a poet. She eventually marries a fellow Macy’s employee, becomes the mother of a beloved son, goes through a divorce, suffers a breakdown, enters an asylum, and then reenters the world, returning as always to her beloved New York City.

Flash forward almost 60 years to New Year’s Eve of 1984, and the 85-year-old Lillian, an inveterate walker of the city’s streets, decides to take a long hike to revisit the places and a few of the people that have laid claim to her heart. Off she goes in her mink coat in the late afternoon, mild for a New York December, and before her trek has ended she will have covered nearly 10 miles of the City, visiting places like Macy’s, apartments where she formerly lived, restaurants that had significance for her. She visits a few friends, encounters friendly strangers, and meets up with everyone from a forlorn convenience store clerk to a trio of muggers.

This is the premise of Kathleen Rooney’s novel, Lillian Boxfish Takes A Walk (St. Martin’s Press, 2017, 287 pages, $25.95), this finely told tale of a quirky, sharp-tongued woman and the times in which she lived.

Lillian Boxfish Takes A Walk will appeal to many readers for several reasons. First, the account of her New Year’s Eve hike constitutes a love letter to Manhattan, told through the eyes of the aged copywriter and poet, but recounted by writer Kathleen Rooney, whose talents for dialogue and description make real the sidewalks, streets, buildings, and people of Manhattan over most of the twentieth century. From the speak-easies of the 1920s to a private warehouse party attended by AIDS sufferers, Rooney never slips, giving us engaging portraits of different historical eras and the Manhattanites who lived through them.

Through her novel, Rooney also makes visible the tensions between work outside the home and a family life, between freedom and commitment. We see this tension not only in Lillian — as a young woman she eschews marriage and children, changes her views when she falls in love Max, the head rug buyer for Macy’s, and suffers a breakdown in part because of her interior conflicts — but also in some of the other characters as well. The young manager of the convenience store who would prefer to be in California, but who remains in the dangerous neighborhood because the store means so much to his immigrant parents; the owner of Lillian’s favorite restaurant, who loves the City but is turning the business over to a relative so that he can move to Florida; Lillian’s young friend, Wendy, who tells others that her best friend, a painter named Peter, is her husband because her parents and grandparents living in Ohio would otherwise disapprove of her living arrangements: all of these characters exhibit this strain between individual freedom and our responsibility to others.

Another lesson, at least for me, from Lillian Boxfish Takes A Walk may be found in the chapter titled “Solvitur Ambulando.” “It is solved by walking” is, as Rooney reminds us, “a motto favored by the ancients” and might well serve as Lillian’s motto, too. This adage reminded me of a lesson I learned long ago but have not practiced for years: that walking is not just a form of exercise, but a means for pondering and resolving life’s difficulties. (Note to self: walk more, solve more, dither less.)

But it is Lillian Boxfish herself who is the gem and main attraction of this book. Once they come to know Lillian, most readers will surely fall in love with her, even if they disagree with some of her opinions. When I first began reading Lillian Boxfish Takes A Walk, I disliked her for some of her wisecracks about those of her coworkers and friends who wanted marriage, children, and a home. Because of Rooney’s skilled writing and Lillian’s humor, however, I soon came to treasure Lillian for her open-eyed, no nonsense approach to possibilities and people, and took great delight in sharing her New Year’s Eve perambulation.

An example of Rooney’s writing and Lillian’s wit: Near the end of the novel, Lillian remembers appearing on a television talk show to discuss her earlier work in advertising. The other female guests on the show launch an attack on her work, telling her and the audience that print is dead, that images and not words are what matter, and that advertisers should appeal to “fundamental emotions: envy, fear, lust. Animal instincts.”

Lillian replies: “Please, ladies, resume the accounts of your efforts to unwind the supposed advances of civilization and return us consumers to a state of pliable savagery. Who knows, perhaps some young lady who watches this program will take up where you leave off and find a way to ease us all back into the trees with the orangutans, who I gather are deft hands at the fruit market …. In any event, I wish you both luck in your quest. I will not be keeping track of your progress, however. To be clear, it’s not that I no longer want to work in the world that you’re describing. It’s that I no longer want to live in the world that you’re describing.”

Lillian then rises and leaves the studio.

Well written, funny, and wise, Lillian Boxfish Takes A Walk is one of those novels that once again remind us of the power and value of fiction.

Don’t miss reading this one.