This must be the place: No time for eggplant parm, let’s talk the cosmos 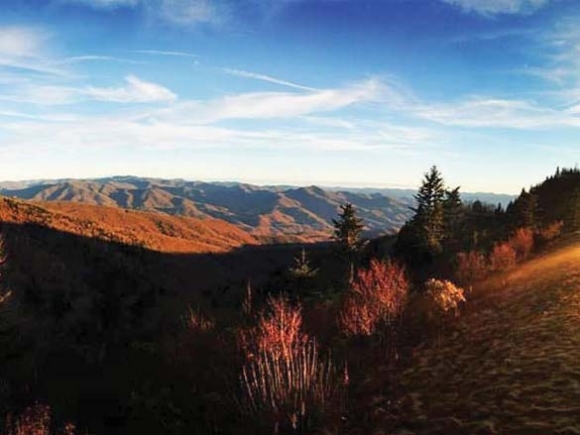 I had just reached for the eggplant parmesan sandwich when it was asked.

“What do you think about God?”

I set the sandwich back down on the counter and reached for a sip of my beer. My Easter Sunday afternoon hunger could wait a little while longer as I felt the immediate urge to dive deep into this conversation.

“Well, that all depends on if you see God as a guy atop a cloud overseeing everything down here on Earth, or you see it as energy, which would be everything that’s swirling around us,” I countered.

I was raised in a God-fearing family. Up along the cold Canadian Border, I was baptized Catholic, attended Catholic school until sixth grade, and went to Sunday mass every single week (not counting the bi-weekly confession mass). As I kid, I felt guilty for committing any sort of sin, which, back then, was mostly a mumbled swear word or not being nice to my kid sister.

And then there was my 103-year-old great-grandmother. A “suffering Catholic” as we regarded her, she looked at your current daily life as something where one must experience sacrifice, hardship and sincere guilt to ultimately get bestowed with an eternal paradise in the afterlife. That “fire and brimstone” intensity cooled down through the subsequent generations, with my mother still taking us to mass with our family, but also assuring us we weren’t going to hell because we didn’t clean our plates at dinner or got into some adolescent trouble.

It wasn’t much longer after my great-grandmother and grandmother passed away that my immediate family decided to stop going to mass. It was a group vote in the kitchen one Sunday morning, with the tally at 3-to-0 to stay home (my father was the lone Methodist who sat and read newspapers all Sunday).

My logic, even then, was that I don’t have to go to church every Sunday to prove that I “got the message” and be constantly scared that every move I make is being watched by God. I subscribe to the idea that the real “church” is your interactions and everything in your daily reality outside of the church. The message remains the same during mass — year-in-and-year-out — so why not just apply that message into further travels and encounters that stretch beyond the boundaries of the church?

Do I think there is some guy named God sitting on a cloud high above me? No. But, I also think God does exist, though not in the form we’re told. I look at the Bible and the idea of God as placeholders for the unknowns we either will never know or won’t know the answer to until all is revealed upon your transition from this life into whatever awaits you thereafter.

God is everything around us. All the energies, sounds, scents, mountains and faces you see. It’s the good, and the bad, with both sides showing you the awesome power of God (aka: The Universe). And, as someone who is fascinated by human and universal energies, I find the more positive energy you project, the more positive energy comes back to you, almost like a magnet.

I don’t think you have to go to church to prove your loyalty or understanding of what it is that religion teaches. I think you can get a strong foundation of it as a kid, or even as an adult, and push into your reality with the knowledge that “kindness breeds kindness” and that the “Golden Rule” (treat others the way you’d want to be treated) is the only true currency in this world.

And yet, there are those who do need that weekly mass, where it provides them with a kind of comfort, solace and peace-of-mind. When applied correctly (which isn’t always the case), religion can be a useful tool in one’s life. Notice I said “tool” and not the “end-all-be-all” of “you versus me” if we come from differing backgrounds. I’ll be the first to admit, with the right kind of uplifting priest/preacher/rabbi, you will walk out of a service refreshed, usually with a balance found within your body, mind, and soul.

Religion is at the basis of humanity’s high-water marks and also its deadliest lows. But, with the idea of God, we as mere mortals here on Earth will forever chase after the energies and unknowns of the Universe. Surely, there is some meaning or answer to the incredible power that is love, friendship, a mountaintop at sunset or the ocean at sunrise.

I don’t think that beauty in this world is coincidental. Nor do I think everything we do is for nothing. Because if that were the case, we’d never get out of bed each morning, missing out on the momentary splendor or happenstance cosmic serenity we eventually come across.

1 There will be an “Earth Day” celebration hosted by Hoppy Trout Brewing and Andrews Brewing from 1 to 7 p.m. Saturday, April 22, at Hall Park in Andrews.

3 April is National Poetry Month and the Marianna Black Library will host a “Poetry Slam” at 6 p.m. Tuesday, April 25, at the library auditorium in Bryson City.