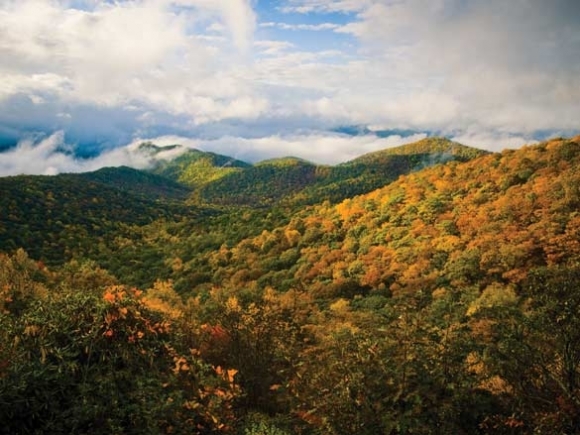 However, some metrics showed an increase over 2015 use. Tent camping was up by 14 percent in Parkway campgrounds, compared to 4.8 percent in the National Park Service as a whole, and bookstore sales in Parkway visitor centers jumped by 20 percent over 2015.  The Parkway is one of only four Park Service sites that saw more than 10 million recreational visits in 2016.

“These highlights demonstrate that Parkway visitors continue to explore this historic motor route, including its cultural experiences and recreational opportunities, in ways that deepen their engagement with park resources,” said Parkway Superintendent Mark Woods.

Parkway visitation has climbed steadily since 2013, but current levels are far from constituting an all-time high. Visitation was consistently higher than current levels in the 1990s and early 2000s, with a peak of 21.5 million in 2002.

Detailed statistics are available at irma.nps.gov/Stats/Reports/Park.