Our allegiance is to the ideals, not to a president 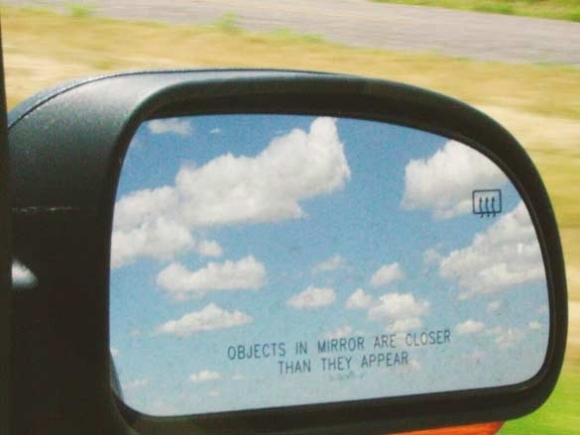 For now we see through a glass, darkly; but then face to face: now I know in part; but then shall I know even as also I am known.

As I was looking through the photographs from around the country from the Women’s March last Saturday — including more than a few of my wife and daughter, who marched with a group of friends in Asheville — I was struck by the many expressions and images of sheer joy, when I guess I was expecting something more along the lines of anger and defiance. By all accounts, the turnout for the marches across the country far exceeded anyone’s most optimistic expectations, and the overall theme seemed to be the restoration of some lost hope for a lot of people who have not had much to celebrate in the past few months.

I was immeasurably moved by many of those images, especially those of younger women and girls who came with their mothers to bear witness to the making of an important statement that rang out from coast to coast, in cities and towns all over America: we matter, we care, and we are worthy of respect.

Of course, there were a few negative posts as well, some snarky and some purely mean-spirited and demeaning, which only served to amplify the importance of the marches. But then I came across a post that stunned me in its genuine expression of grief over the magnitude and substance of the movement.

In essence, the writer of the post was distraught because she perceives the Women’s March as more evidence of how deeply divided we are as a nation at a time when we should, in her view, be coming together — you know, the United States of America. She believes that President Trump is not being given the chance that he deserves to bring the changes she and so many others are seeking and were promised, foremost among them new, higher paying jobs, lower taxes, and reasonable healthcare.

She might not agree with everything President Trump has said or the way he comports himself some of the time, but she did what almost all Americans do when they go to the polls — weigh the strengths and weaknesses of each candidate, and then vote for the one whose views most aligned with her own. Whatever his weaknesses might have been, his views matched hers most closely, and that was that. To her, the rest is noise, as they say. Who cares what idiotic thing some billionaire said on a bus years ago if he is going to bring new jobs and fix all the things that are broken in this country?

She was so despondent over the Women’s March and what it represented to her that she said she was considering deleting her Facebook account due to the animosity directed toward the new President, who had been inaugurated just one day earlier. She had been so hopeful that the country would unite behind him and put the ugliness and divisiveness of the campaign behind us, and now that illusion had been shattered by hundreds of posts and images from around the country, the majority in defiance of President Trump. Her post was not one of defiance, but despair, of dashed hopes. In just one day, the pendulum had swung completely to the other side, from the celebration of the inauguration to the celebration of resistance.

I was touched not only by her post, but several other posts I saw from several pro-Trump friends of mine. Some were angry, sure, but most of them struck a much different note, one of sadness and surprise. I do not think that many supporters of President Trump understood just how deep, intense, and widespread the resistance to his presidency really is, or the true nature of the resistance. This is about far more than party politics.

I think they now know that this movement is about much more than a group of “sore losers” whining because their candidate did not win. This is not just a petulant Mitch McConnell promising to undermine everything the President does just because he is the leader of the other party. This is perhaps the beginning of a much larger movement, millions of people who watched as this President demeaned and degraded women over and over in the most repulsive way leading up to the election, and then watched in horror as their country elected him anyway.

There is no point in citing any of the dozens of specific examples of this lack of respect. The election of President Trump demonstrates that such examples have been weighed and found to be either inconclusive, somehow not representative of who he really is, or distorted by a media so malevolent and omnipotent that it can manipulate live feeds of Mr. Trump speaking to a crowd of supporters. In other words, many of his supporters feel that they can no longer believe what they are seeing with their own eyes.

I confess that I have been operating on the assumption for over a year now that supporters of the new President have a massive “blind spot” and that the rest of us are experiencing the Cassandra Complex — we see a disaster unfolding, but cannot convince anyone else that it is real, that a national crisis is imminent. I also realize that I have focused most of my energy on trying to make myself understood, rather than on understanding, which I did not fully realize until I read that plaintive post on Facebook on Saturday evening.

It is undoubtedly true that many millions of Trump voters felt that Clinton supporters also suffered from a massive blind spot, an unwillingness or inability to see her flaws or to hear their complaints about how the Affordable Healthcare Act was harming them with its (sometimes) massive premiums or its detrimental impact on many small businesses.

If we are to have any chance of healing this rift, we must realize that we who occupy the opposite ends of this spectrum do not see each other clearly. Those who oppose Trump must wish for his success and reach out to those who believed in him, working together whenever we can find common ground.

And those who support him must understand that our allegiance as Americans should not be to people — even Presidents — but to the ideals and the values that make this country what it is, even when those ideals and values remain just outside our grasp. We must always aspire to be better, and to do better. Always. And on those occasions when we can see clearly, we must believe our own eyes.

Chris Cox is a writer and teacher who lives in Haywood County. This email address is being protected from spambots. You need JavaScript enabled to view it..