The probably not so — Big Year 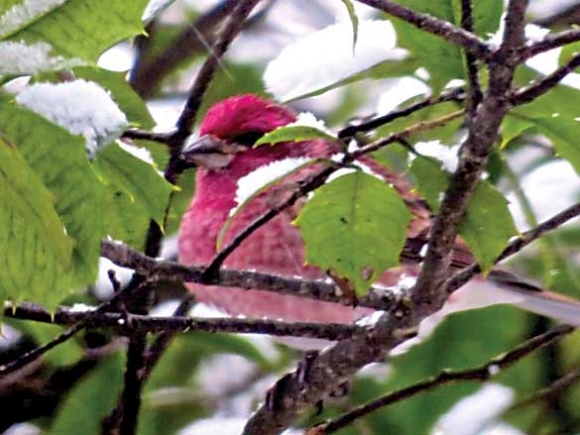 The 2011 movie “The Big Year” — a comedy starring Jack Black, Steve Martin and Owen Wilson — didn’t ruffle a lot of feathers. According to Wikipedia, the movie with its $41 million budget only grossed $7.4 million.

But the Cornell Lab of Ornithology reviewed the movie shortly after it opened and found, “… this film is an enjoyable tramp through America’s wilds and through the familial tangles of its three main characters. Peppered with polite humor, a bit of slapstick, and many gorgeous — and remarkably accurate — birds, this PG movie, directed by David Frankel, will entertain most any family, birding or nonbirding.”

So it seems birders found the movie — based on Mark Obmascik’s nonfiction book about the American Birding Association’s (ABA) 1998 Big Year contest, The Big Year: A Tale of Man, Nature and Fowl Obsession, to be pretty accurate with regards to their chosen hobby.

I didn’t see the movie and unlike many birders, I am not a lister. I don’t know why — it’s just never been a focus. I have, off and on, and in one place or another, generally a field guide I was using at the time, kept a “sort of” life list dating back to when I took ornithology in college in 19 — well, a long time ago. I have often thought (and still occasionally think) one day when I find my roundtoit — I will collect those old guides and come up with some semblance of a life list.

But for this year, I’ve decided to keep a year list. Call it reckless abandon; call it throwing caution to the wind; call it senility — but whatever it is I’m doing it.

And I’m off to a bang-up start. I already have 55 species for 2017. And I actually have one pretty neat bird that I often don’t see unless I get to do a little birding on a spur-of-the-moment trip to Louisiana, and that’s a loggerhead shrike. I saw a shrike hovering/foraging in an abandoned field in Spartanburg County, S.C., near Campobello on a recent trip down to visit family.

One facet of bird listing is always the same. It doesn’t matter if it’s a Big Day, a Christmas Count, a Feeder Watch, a Big Sit or whatever — but they all start out gangbusters, everything you see goes on the list, but then reality sets in and after the usual suspects what you see are the usual suspects again and again. And maybe that’s why listing was never high on my, uh, list. I actually don’t mind seeing chestnut-sided warblers, black-throated blue warblers, yellow-throated warblers, indigo buntings, scarlet tanagers and so on, again and again.

This will be my list. This is not some kind of ABA Big Year contest or any officially sanctioned birding endeavor — I was just curious about how many different species of birds I normally run into throughout the year. And that made me curious about why other birders kept lists, so I posted the question to Carolina Birders’ Facebook page. Most of the responders recommend using eBird to keep your list. If you want to go that route you can check it out at http://ebird.org/content/ebird. And for the serious lister — the ABA rules can be found here http://listing.aba.org/aba-recording-rules. Most of the responders appear to keep a list for the same reason I decided to — curious about the birds they normally encounter throughout the year, and it looks like for most of those birders the average is around 200 species for the year.

Then of course there are those birders like my friend Simon Thompson who messaged me to say that his 2016-year list was 1,700 species. Granted, Simon has the resources and connections to be able to do a little globe-hopping to see birds. But when he’s not on some leisurely birding expedition he’s hard at work as owner-operator at Ventures Birding Tours, leading globe-hopping birding expeditions around the world. Ventures actually also leads numerous trips right here in Western North Carolina throughout the year with Simon or other knowledgeable guides at the helm. It’s a great way to learn about birds if you’re a novice or to find some of those target birds for your Big Year.

Me, I’ll just mark this shrike down on the back of this envelope and get ready to scout my feeders in the morning.