This must be the place: Sydney to Seattle to the South 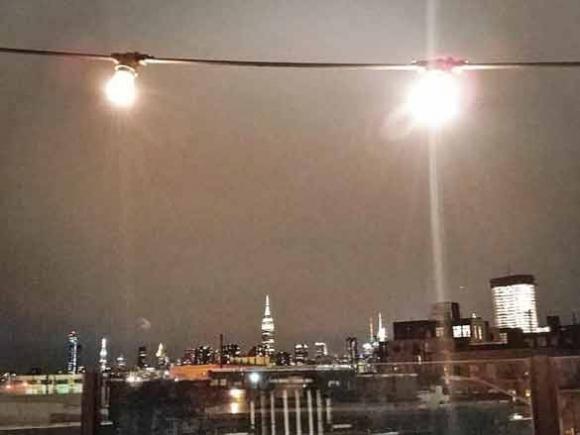 Through the strewn lights I could see the Empire State Building.

Standing on the roof of Northern Territory, an Australian bar in the Greenpoint neighborhood of Brooklyn, I found myself fixated on the iconic structure glowing in the distance. I was shaken out of my trance by my group of friends wanting to salute to the New Year, drinks hoisted high into the oddly mild air of the early morning of Jan. 1 in the Big Apple.

Since I graduated from college in 2007, I’ve been visiting here routinely because my two best friends from school lived in and around “The City.” And for six of the last eight New Year’s Eve celebrations, I’ve made it a tradition to have all three of us together for when the ball drops. This time around, it seemed a little more bittersweet, seeing as this would be our last one together for a while — in New York City at least.

One of my friends got married two years ago and moved to Seattle from Queens. The other got married last year and is planning to move from Brooklyn to Sydney with his Australian wife. Three dots of humanity now truly scattered across the world. But, the friendship remains, as it always would.

All those years together, this trio of chaos and confusion, trying our best to navigate our way through this thing called life. That road trip up and down the East Coast during spring break of our senior year. Running around hotels and ballrooms at mutual friends’ weddings. Holiday and vacation meet-ups, freezing cold skiing jaunts and “spur of the moment passing through” stops for a night or two.

The funny thing is, we (and all of you out there, too) knew all along that this time would come, when we all went our separate ways, perhaps with a significant other, heading out toward the horizon, a momentary peek over your shoulder, a slight grin emerging when you see those familiar and beloved faces pushing ahead in their own direction.

With 2016 coming to a close, the New Year will means a lot of new things for all of us. It sometimes feels like each impending year carries more emotional weight than the previous one. It can be chalked up to our world accelerating faster and faster into technology, innovation and communication. But, for me, I look at it as each year we’re honing in who we really are at our core, with the picture becoming clearer as time rolls on.

And I thought about that emotional weight gazing at the Empire State Building through the lights strewn about on that rooftop. Some of that weight is my own mind getting on top of itself, while most of it is just an individual exhausting himself in search of the essence of not only what lies beneath my soul, but also what lies beneath the souls of those incredible people surrounding me.

There are so many people I miss when New Year’s Eve rolls around. Those milestones in your life and the faces in your presence when you know you’ll never forget how surreal that moment — whatever moment it may be — is, can and ultimately will be. And for these past several years, I’ve found myself in New York City, reveling in the unknown magic found only in this place that is seemingly the center of the universe.

I see those familiar and beloved faces standing in front of me on that rooftop, drinks hoisted high, and I remember — how we first met, how they first met their wives, how we bounce around this great big world each year, only to wind up back to where it all began.

Who knows where we will all be come New Year’s Eve 2017? Vague plans have already been made to find our way to Sydney, a journey as vast as it is justification as to what it takes to keep people you deeply care about in your life. Dec. 31, 2017 also represents a destination by which nothing will ever be the same leading up to that date and time, when the ball drops in Times Square and humanity clears the slate in hopes of a better tomorrow.

We all met for breakfast in Greenpoint on Monday morning, our last day together before their plane leaves for Seattle that afternoon and tickets for Sydney are to be purchased in the coming days. Laughter and reminiscing as per usual, but it felt a tad more sentimental for myself.

I’ve walked these streets and eaten in these restaurants with these people for many years now, side-by-side through the trials and tribulations of one’s existence. My footsteps became more casual, a little bit slower, as I strolled along the sidewalks, occasionally looking up in awe of the tall and magnificent buildings, the swirling trees lining the blocks.

There’s a beauty to getting older. Some might say nay. But, for those in search of themselves in this wild and wonderful world, that sense of self is only discovered over the ridge of birthdays thought far away many years ago, nowadays staring you right in the face. There’s a beauty to getting older, and thankfully there are those friends who knew you when, who know you now, and who are as excited for the ride as you are.

4 The Canton Armory will host “Winter Pickin’ in the Armory” at 7 p.m. every first and third Friday of the month (starting Jan. 6).