Delving into the origin of Native American words 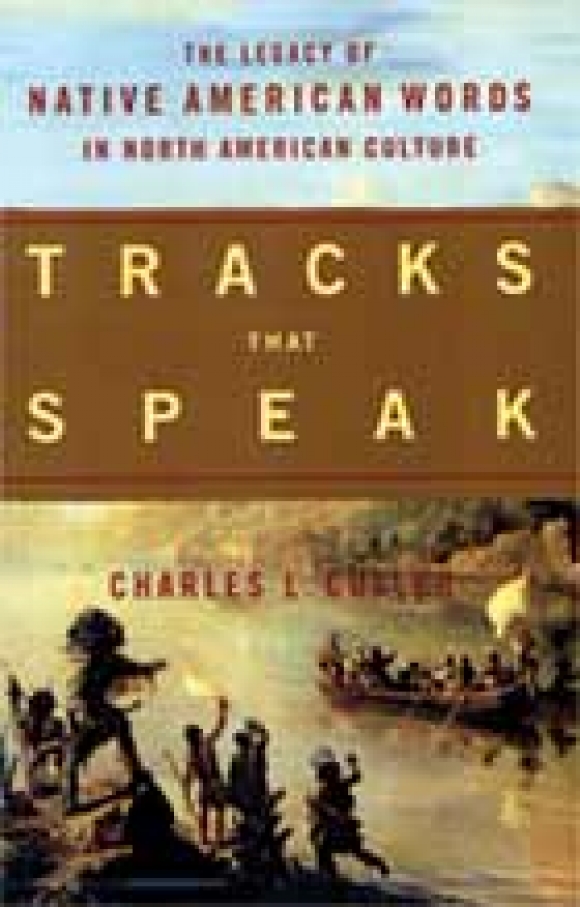 Editor’s note: This article was first published in The Smoky Mountain News in December 2003.

Tuckaseigee, Oconaluftee, Heintooga, Wayah, Cullasaja, Hiwassee, Coweeta, Stecoah, Steestachee, Skeenah, Nantahala, Aquone, Katuwah, and on and on. Our place names here in the Smokies region are graced throughout with evidence of the Cherokee culture that prevailed for over 700 years. Wouldn’t it be nice if Clingmans Dome was correctly designated as Mount Yonah (high place of the bears)?

Still, we’re fortunate that all of the original place names weren’t obliterated. The same can be said for the Native American words that persist in what we now know as the American language. They add a poetic, almost musical touch to our everyday lives that would otherwise be sorely missed.

It’s interesting to keep track of the ways we find books that we enjoy via reviews, blurbs, word of mouth, etc. Before Christmas, my friend Lee Knight, the folklorist and musician, came by for a visit and presented me with a little book titled Tracks That Speak: The Legacy of Native American Words in North American Culture (Houghton Mifflin Company, 2002) by Charles L. Cutler.

“There,” he said, “You’ll be able to get several columns out of that one.”

Lee knows me pretty well, so I just nodded agreement. And he was, of course, quite right. It’s my kind of book and touched upon the sort of material that I like to share via this column. I’m going to provide some of Cutler’s research to whet your appetite. Many will then no doubt want to obtain their own copies.

The author’s wife, Katherine, indicates that her husband passed away before the book’s publication. An internet search indicates that he wrote various titles related to American history and Native American language. Tracks That Talk bears evidence to the obvious fact that he knew what he was writing about and enjoyed doing so.

In his introduction Cutler tells us that:

“This bountiful harvest of words springs from the more than one thousand native languages currently and formerly spoken in the Western Hemisphere ... many as different from one another as English is from Japanese. At the dawn of European settlement, probably 60 separate [word] families graced North America alone. Sadly only about half of the continent’s original stock of indigenous languages that existed [then] are still alive today.”

Here are some very brief excerpts from various entries within Tracks That Speak. These are misleading in that entries for individual words often go on for a page or more, creating mini-essays.

MOCCASIN: “The first appearance of the word in English occurs in 1609 [as] ‘mekezin’ ... A Crow warrior flaunted wolf tails at the heels of his moccasins after he accomplished that most daring of Plains Indian feats — scoring a ‘coup,’ or touching and enemy’s body without injuring him.”

SUCCOTASH: “Combining the two main vegetables [corn and beans] was natural, since they were grown together (often with squash). According to the Iroquois, the spirits of the two ‘sisters’ wanted to remain together even when cooked and served.”

POKEWEED: “Settlers learned [from Indians] that pokeweed yielded still another bonus [other than as a cooked green] — a long-lasting red or purple ink [made by] boiling together pokeberries, vinegar, and sugar ... The great Sequoya would use pokeberry juice and a quill pen to transcribe the Cherokee language for the first time ... In the twentieth century rural people sometimes used the concoction for special writing purposes.”

TERRAPIN: Indians respected the turtle as deliberate, calm, steadfast, and long-lived. Many revered it. A widespread belief in the Northeast ... was that Earth is Turtle Island — an island resting on the back of a giant turtle.”

CHIPMONK: “The outsized power of the small chipmonk is described in Iroquois legend. In early days, an animal council debated whether Earth should always remain in day or in night. Bear argued for perpetual night, but Chipmonk kept chattering for alternate night and day until dawn broke and resolved the argument. Bear angrily raked Chipmonk's back with his claws, leaving indelible stripes on the animal ... [The Cherokee disagreed] saying that the animals once held a council in which it was proposed that each wish a disease on men for hunting them. Chipmonk refused to join in because it wasn't among the hunted. The other animals attacked the little creature.

SQUAW: “some Indians claimed that ‘squaw’ arose from a Mohawk word meaning vagina. The word was worse than demeaning, they said — it was obscene. But Ives Goddard, the authority on American languages at the Smithsonian Institution, explains that this interpretation is not correct: ‘It is certain as any historical fact can be that the word squaw that the English settlers in Massachusetts used for Indian woman in the early 1600s was adopted by them from the word ‘squa’ that their Massachusett-speaking neighbors used in their own language to mean ‘female, younger woman’ and not from Mohawk.’”