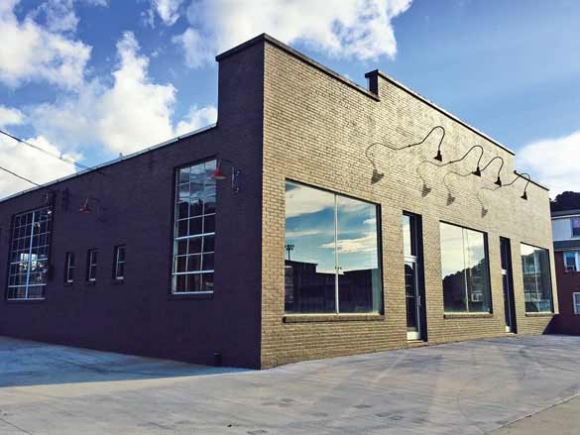 Even before BearWaters Brewing announced its intentions to leave Waynesville for nearby Canton, the town has touted itself as Haywood County’s most desirable place in which to locate a business.

On Dec. 8, the town delivered on prior promises to incentivize businesses that choose to relocate by giving the brewery $16,500 in economic development funding toward the work done to renovate its as-yet unopened location on Park Street.

The building improvements request went above and beyond the town’s $10,000 limit because of what Sandefur called “extensive” and unforeseen environmental, title and survey work prior to closing on the building.

“We believe in the future economic growth and revitalization of the downtown area,” he said in the letter, further saying that he believes the building — formerly a tire shop — “can be transformed into a cutting edge manufacturing, packaging and eco-tourism destination” modeled after the “culture and quality” of the Sierra Nevada and New Belgium breweries in Asheville.

Plans for the brewery — in addition to beer and food — include indoor trees and an aquarium stocked with native fish intended for release into the brewery’s adjoining Pigeon River. A further link to the river in the form of a walk-up marina for thirsty kayakers will also be integrated into the design of an outdoor seating area.

Canton Alderman Dr. Ralph Hamlett made a motion to approve all of Sandefur’s requests.

But that motion died without a second as other aldermen pointed out that it would exhaust much of the town’s budgeted $35,000 for economic development assistance, leaving little money for other businesses that might approach the town before the first come, first serve development funds are replenished in a new town budget this coming July.

What aldermen settled on unanimously was granting the $14,500 building improvement request, as well as the free sewer tap — which won’t come out of economic development funds — while urging BearWaters to return in the next few months to reapply for the rest of its requests.

Sandefur said he hopes to begin production in February, and open in May. He supposes he’ll create around 20 living wage jobs and further believes he will increase foot traffic in Canton’s revitalized downtown core, which he says will ultimately benefit all downtown businesses.