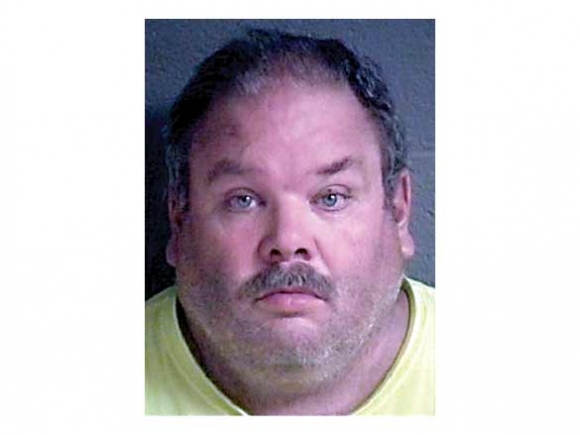 A Franklin man is facing federal arson charges after admitting to setting fire to two separate areas in Macon County about a month ago.

Keith Eugene Mann, 49, was arrested Nov. 30 on one count of destroying real property of the United States by means of fire. While Mann was not responsible for the larger wildfires plaguing the surrounding national forest in Macon County, he did confess to starting the Grape Cove fire near Board Tree Road in the Nantahala National Forest and the Jones Creek fire near Jones Creek Road.

According to the criminal complaint, a wildfire was reported Oct. 27 on U.S. Forest Service Road 388, commonly referred to as Board Tree Road, and the initial investigation of the fire determined that it was set intentionally. Further investigation revealed that five other fires had been set in close proximity to the Grape Cove fire; however, they appeared to have gone out on their own.

Over the course of the investigation of these small fires that burned about 15 acres, law enforcement located several wooden stem matches.

Court documents also allege that Keith Mann called 911 on Nov. 22 to report a wildfire at the end of U.S. Forest Service Road 763, commonly referred to as Jones Creek Road. USFS firefighters responded to the fire and were able to contain the fire to about one acre.

“I responded to the fire, but due to the smoke and the fact it was dark, was unable to locate the area of origin,” Special Agent Brian Southard with the U.S. Forest Service stated in the criminal complaint. “Upon leaving the area of the fire I made contact with an individual who provided me with some information regarding a suspicious vehicle they observed in the area.”

The source told Southard that he saw a white, mid-sized Chevrolet pick-up truck enter and exit the Jones Creek Road area several times within an hour’s time. The source said the driver — “a large male wearing a neon green shirt or vest” — was the only occupant in the truck.

Southard said he returned to the fire site on Nov. 23 and observed a small cardboard box located at the origin of the fire, with numerous burned wooden stemmed matches next to the box. He then listened to the 911 call Mann had made the day before, in which Mann said he was “just riding around” Jones Creek Road in his white pickup truck when he spotted the fire.

Southard made contact with Mann at his residence on Nov. 29 to ask about the wildfire he reported. At first, Mann said he didn’t set any fires and claimed he was riding around Jones Creek Road around 9:30 p.m. Nov. 22 “looking for a deer sign” when he saw a black truck driving at high speed that could have been responsible for the fires. Once he spotted the fire at the end of the road, Mann told Southard he drove out of the area to South Macon Elementary School where he had cell phone service to call 911.

Mann also told Southard that about a month ago, he had been riding around Board Tree Road where he found another fire. However, he said he didn’t report it because he had heard that the one who reports the fire is usually the on suspected of setting it. Once Southard told Mann he did have reason to believe he had set the two fires, Mann admitted to igniting both of them. He added that he had set several fires in the Board Tree Road area about a month ago using kitchen matches but had a hard time getting them to burn because it was in a damp area.

Mann was arrested and had his initial appearance Nov. 30 before U.S. Magistrate Judge Dennis Howell. Mann’s probable cause hearing was set for Monday, Dec. 5.

The charge of destroying real property of the United States by means of fire carries a mandatory penalty of five years and a maximum of 20 years in prison. The U.S. Forest Service is leading the investigation assisted by the Macon County Sheriff’s Office. Assistant United States Attorney Richard Edwards is in charge of the prosecution.

Arson is also suspected in the larger wildfires in Macon County and law enforcement is seeking additional suspects.