Lines in the Sand: Balsam Range looks ahead 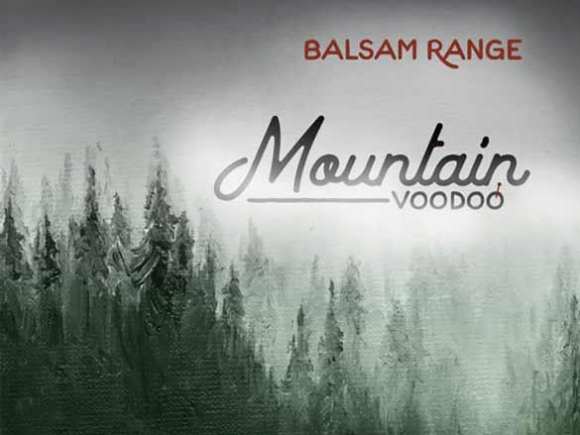 The eternal struggle of bluegrass is being able to balance evolution with tradition.

How does one adhere to the pickin’ and grinnin’ ways of the old days, but also be able to stretch the boundaries into new and innovative realms? That dilemma currently lies at the feet on the bluegrass world. And yet, as that question remains, so does the internal drive by all of the genre’s musicians to ensure the preservation and perpetuation of this melodic force at the foundation of this country.

For Haywood County’s own Balsam Range, the bluegrass quintet has spent the better part of the last decade riding this fine line between tending to their roots, but also finding the freedom to take flight when the feeling is right. What Marc Pruett (banjo), Tim Surrett (bass/dobro), Caleb Smith (guitar), Buddy Melton (fiddle) and Darren Nicholson (mandolin) have created is an entity that holds tight to its heritage, but aims to address their true potential as an award-winning act that has found cross-over success after years of hitting the road and getting up onstage every night.

In their latest album, “Mountain Voodoo,” the ensemble seemingly puts aside supposed expectations that come with being the International Bluegrass Music Association “Entertainer of the Year” (2014), and instead put forth a record as flexible as it is personal statement of just where the group is. They’re at the forefront of the modern bluegrass movement, one that champions its history, and also harnesses a curiosity only found in those ready to pioneer and not follow the well-worn paths of the past.

Darren Nicholson: It was a unique title, which came partially from the song on the album called “Voodoo Doll.” It’s basically paying homage to the culture and heritage of Western North Carolina. There are so many great musicians here. The musical culture is so deep, and when people come and experience the sounds here, it is spellbinding. And we just hope to take some of our mountain voodoo magic here on the road with us to share with people.

GKW: It seems to be a slower burn, especially with a softer song to open the record (“Something ‘Bout That Suitcase”) than the shotgun blast that was “Moon Over Memphis” on the “Five” album.

DN: Well, traditionally, you want that barnburner to start a record. But, we had so many good songs coming into the studio, that we didn’t want the album to just be geared to bluegrass radio. I think this the best record we’ve done. It starts with a medium-tempo Americana type sound, and that’s because I believe this band has the ability to tap into other markets and genres. We’re a versatile band, and we wanted to showcase that.

GKW: And now the band is in their 10th year, which is wild for a bluegrass act to have that much success, over that length of time, and yet all still be the same members…

DN: Yeah, for bluegrass, for five guys to still be together after 10 years, that’s pretty unheard of. It’s one of those things you’re constantly working on, those relationships onstage and off. And yet, there’s a comfort that comes with playing and singing with the same folks for that many years.

GKW: The band was a second career for everyone involved. With all the obligations and accolades, where to now?

DN: It does put a certain amount of pressure. We’re all from the Haywood County and we want to represent Western North Carolina the best we can. There’s a lot more pressure on the business and travel side of things. I think we’re finally more comfortable onstage, we’re hitting this stride. The challenge at this point is keeping it going, to find that place of true comfort. When it comes to the stage, we all still have that fire and excitement in our bellies to entertain people.