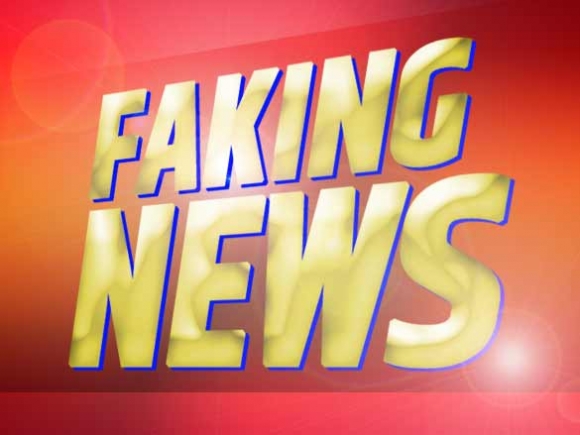 So this, perhaps, is how we in the traditional — and dare I say legitimate — media will meet our demise: fake news.

And just this past Saturday I was so optimistic that traditional journalism was somehow going to survive. I was visiting my daughter and some friends at Appalachian State and had a conversation with a college senior who is doing an internship at a High Country newspaper. He was full of that youthful excitement about journalism and was unrestrained about his desire to pursue a print newspaper job after seeing the effect his stories had in the small community his newspaper serves. I came home thinking of my own ambitions at that age and believing that young people like him would surely help our industry continue to do its important mission in our democratic society.

But maybe not. Not if we live in a time when the difference between truth and lies doesn’t matter, either because people are too lazy to search out the truth or they just don’t really care. Such a chaotic, unfiltered state would contribute to the demise of legitimate newspapers, civil institutions and the very fabric of our country.

It was last Thursday and Friday when the stories about fake news began to gather steam. If you haven’t heard, the gist of this phenomenon is that purposely fabricated election stories with headlines like “Obama has invalidated election results,” created by hyper-partisans or people just out to make money, got more shares and more traction on Facebook and social media than true election stories. In the run-up to this election, most of these fake stories were pro-Trump and bashed the left, but that’s not really the issue. (see the story here at https:www.buzzfeed.com/craigsilverman/viral-fake-election-news-outperformed-real-news-on-facebook?)

More important is the fact that a great many Americans apparently believe too much of what they read on social media. Repeat something enough, see it on lots of people’s Facebook page or websites, and it must be true. Despite the fact that the hand-held computers in our pockets hold the accumulated learning of millenniums of human existence, we still believe the outrageous and untrue and what’s immediately in front of us on the screen, and then we share it or tout its veracity to others.

Here’s a very fundamental question and answer to ponder: “What happens to democracy in a post-factual age? We have no idea because it hasn’t happened before.”

I’m lifting that quote from UNC Asheville Professor Mark West’s answer to Asheville Citizen-Times Columnist John Boyle. Boyle wrote a column Sunday on this subject and had contacted West, a professor of mass communications, to ask him about the fake news issue.

No matter which way you vote, we all know lies were more rampant in this election than ever before. Hillary changed her story about her emails and Trump just outright denied things he said just a few days earlier. He also raised questions about the legitimate transfer of power, judicial independence and freedom of the press,

But it’s the impact of social media and the internet that is new to our electoral process. During this election I had very educated friends repeat “facts” that were totally fabricated, and they backed up those facts by telling me to “check it out on Google.” When I did, I often found that those so-called facts came from websites that were filled with outright lies, or the writers on the site took nuggets of truth and turned them into outrageous opinion pieces that were then mistaken for news stories.

What’s most troubling about the post-election fallout — at least for me — is what it may mean for the media. First, let’s be clear that the very term “the media” is not easily defined. Would you put The Smoky Mountain News in there with CNN or Fox? Is it fair to lump our local National Public Radio affiliates in with Rush Limbaugh when you use that phrase? Obviously not.

And just as the media is not a monolithic entity, voters deserve the same treatment. Everyone who supported Hillary is not a flaming liberal and everyone who supported Trump is not bigoted or misogynistic. It’s ignorant to think as much. We all had our reasons for voting the way we did. And just as has happened in the last several elections, it was a razor thin popular vote margin, a fact that is not going to change anytime soon.

Perhaps it’s time to re-emphasize civic education in our public schools. Thomas Jefferson said the purpose of a public education is “to give to every citizen the information he needs for the transaction of his own business … To understand his duties to his neighbors and country and to discharge with competence the functions confided to him by either.”

As digital media becomes more pervasive — and too much of it coming from complete hucksters — it is becoming more and more apparent that a lot of Americans are having a difficult time discharging those duties that Jefferson and the founders knew were vital for our republic to survive. It’s a recipe for a fractured, broiling electorate that won’t be able to compromise, find common ground and solve some big problems.