Sorry, but Bob Dylan did deserve the Nobel 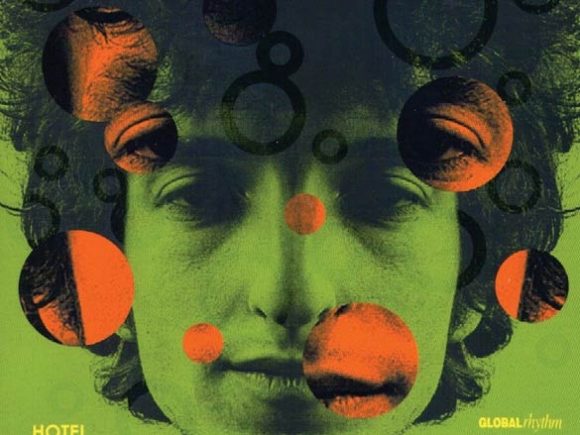 I’d like to take a few minutes to say a few words about the column by Jeff Minick two weeks ago on the subject of Bob Dylan winning this year’s Nobel Prize in literature.

Mr. Minick, whom I respect and whose book reviews I’ve been reading for years, has written a very cautious — if not apologetic — argument as to why Bob Dylan is not qualified to receive this high honor. In his piece he has taken the side of numerous academics who are howling about what they perceive as an outrage, or a “mockery,” as Minick says. While Minick has written a very carefully thought-out and intelligent piece from that perspective, I feel that poor Bob is getting bashed from this kind of biased academic perspective and that he needs someone from the pure poetic side of the fence to speak on his behalf and in his defense.

Minick has categorized and pigeon-holed Dylan as a “musician,” a mere “songwriter,” a “pop star,” saying that “shorn of their music, however, these lyrics from songwriters appear flat and inferior alongside those of poets.” He goes on to differentiate poets and songwriters by saying that “a musician uses — and often depends on — the music to carry his words; a poet uses words to carry his music.” While he’s not completely wrong in this assessment, what he fails to comprehend and acknowledge is that there may be, and probably are, exceptions to this “rule.” Minick is holding the firm academic line that everything must be separated into definitive categories and that there is no room for artists whose work may cross over those boundaries and actually become two or more things instead of only one.

Minick, while dismissing Dylan’s output as a poet/songwriter, cites the published volumes in which Dylan’s work has appeared. He cites Tarantula, a book of surrealist stream-of-consciousness poems published more than 50 years ago that was by almost all accounts a flop. And I agree. He also cites and dismisses Dylan’s memoir Chronicles that was published in 2004 as being less than literary and published only because of Dylan’s fame as a popular performance artist. He cites novelists and Nobel nominees like Cormac McCarthy and A.S. Byatt as more fitting contenders for the prize. Chronicles wasn’t a novel, it was a memoir.

So Minick is comparing apples with oranges here and therefore his argument fails to convince. In fact, I found Chronicles an interesting and well-written book. But even more importantly, what Minick fails to mention in his attack on Dylan’s poetic integrity are the three volumes of his Lyrics that have been published by no less than Knopf and Simon & Schuster — two of America’s leading publishers of canonical fiction and poetry. With the third volume having been just released, what we have is over 1,500 pages of Bob Dylan’s collected works. These books are presented as very large volumes of poetry, organized chronologically by album titles and inclusive of all his published (recorded) songs. And herein lies the proof in the pudding and Dylan’s legacy to American culture and literature. (Maybe Minick would have been more pleased if the Nobel Committee had given Dylan a “Lifetime Achievement Award” instead.)

But the major point that I’d like to make here is that more than any of Minick’s oversights concerning Dylan’s work, is the fact that he totally fails to mention, and perhaps to understand, that Dylan is part of a tradition that goes back hundreds, if not thousands of years: the bardic tradition. In the past, and up until the time of the invention of the printing press, poets were bards. They wrote rhyming poetry. They sang their poems with musical accompaniment. Sound familiar?

Bob Dylan is a bardic poet. In his youth he was oft to describe himself as “a guitar poet.” He often cited influences that were not other songwriter/musicians, but poets like Dante, Chaucer, Rimbaud and Verlaine. He hung out and saw himself as being part of the circle of Beat Generation poets, such as Ginsberg, Corso, Ferlinghetti and McClure.

After the release of his second album The Times They Are A-Changin’ in 1964, he made his way to East Flat Rock, North Carolina, in order to meet one of his heroes — Carl Sandburg. The story as it was told to me by Sandburg’s housekeeper in 1981 when I spoke with her in Pardee Hospital in Hendersonville where she was working at the time, was that Dylan appeared unannounced holding a copy of his new album under his arm and asking politely to speak with Mr. Sandburg.

“I am a poet, my name is Robert Dylan,” is the way he introduced himself to the famous poet there on Sandburg’s front porch. He and Sandburg sat in chairs on the front porch as Dylan told Sandburg how much he admired the Songbook of American Folk Music that Sandburg had compiled and that it and the elder poet’s own poetry had been huge influences on his wanting to become a poet and songwriter. Sandburg listened quietly and acknowledged Dylan’s praise and accepted the gift of the album and told Dylan that he had much work to do that day and had to get back to it — sending Dylan on his way.

Yes, as Jeff Minick points out in his Nobel piece in last week’s paper, Dylan was the voice for a whole generation. All you have to do is ask any baby boomer. Should we hold that against him? I don’t think so. So, let’s cut to the chase by letting Dylan speak for himself and go to the Dylan canon as evidence as to whether he is a literary poet or not. While granting that his early work may be his best, and that not everything he wrote (like any writer you could mention) was stellar, we can cite songs like “My Back Pages” which was part of his album Another Side of Bob Dylan in 1964 and which prophetically speaks to us still today. (Half-wracked prejudice leaped forth/”Rip down all hate,” I screamed/Lies that life is black and white/ Spoke from my skull. I dreamed/Romantic facts of musketeers/foundationed deep, somehow./Ah, but I was so much older then/I’m younger than that now.)

And in “Chimes of Freedom” (1964), again Dylan speaks to us today in lines that will surely resonate with generations to come. (Far between sundown’s finish an’ midnight’s broken toll/We ducked inside the doorway, thunder crashing/As majestic bells of bolts struck shadows in the sounds/Seeming to be the chimes of freedom flashing/Flashing for the warriors whose strength is not to fight/Flashing for the refugees on the unarmed road of flight/An’ for each an’ ev’ry underdog soldier in the night/An’ we gazed upon the chimes of freedom flashing.) Or in “Man of Peace” from the 1983 album Infidels: Look out your window baby, there’s a scene you’d like to catch/The band is playing “Dixie,” a man got his hand outstretched/Could be the Fuhrer/Could be the local priest/You know sometimes Satan comes as a man of peace.”

These lyrics and many more like them that Dylan has written through the years are the kind of thing the Nobel Committee rewards. They’re culturally, socially, spiritually and politically prescient if not profound. And just because his verses rhyme doesn’t mean that they are inferior. It simply means that they rhyme — which is how bards have delivered their message to the public for as long as humans have lived in communities and shared important or entertaining information with one another.

Dylan carries this spirit and this tradition with him still, today, as he remains on the road sharing his vision and his sung poems with 21st-century humanity. These days he refers to himself as a “troubadour,” in the tradition of the bards. The singers who always have been and who will continue to be the visionaries of humankind.

So let’s applaud the Nobel’s foresight and clairvoyance in choosing Bob Dylan as 2016’s Nobel Prize winner for Literature. And now that the bardic door has been opened by the Nobel Committee, may their insights into what is deemed as great literature continue into the future with the nominations of other poet-Bards such as Leonard Cohen. May the literary tradition and the poetic grace continue.

(Thomas Crowe is a long-time writer and book reviewer for the Smoky Mountain News. His latest volumes of poetry are Cracklight (2011) and Learning to Dance: Selected Love Poems (2015). He can be reached at This email address is being protected from spambots. You need JavaScript enabled to view it..)