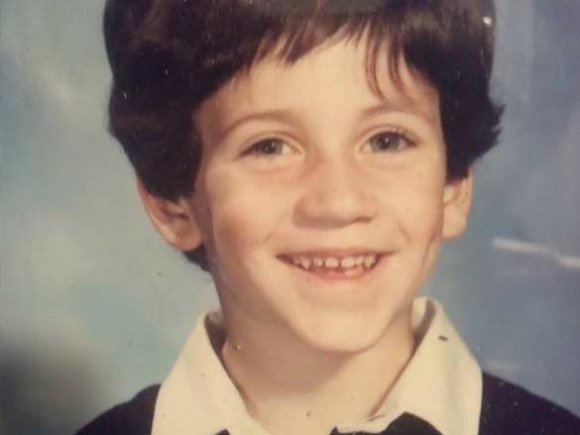 Why don’t you go get your crazy pills?

I remember that being said to me by other students when I was in elementary and middle school. They were referring to the Ritalin that I was prescribed to take, and were directing that sentiment towards me when I acted perhaps a little too hyper or antsy in the classroom.

It all started around fifth grade. Well, actually, it started right at the beginning, of my life at least. I came out of the womb ready and roaring to take on the world. I was easily distracted, and also easily immersed in whatever it was that piqued my interest — history, music, interesting strangers, dogs of any sort. I even had one of those leashes (or was it called a chest harness?) when I was a toddler in the 1980s because the second my mother wasn’t looking I’d take off to destinations unknown, usually to the back of a department store or somewhere near a busy road.

But, as I entered grade school, it appeared my antics weren’t going to be tolerated, at least not in the eyes of the nuns and educators who wouldn’t let me interrupt their old style French Catholic elementary institution. I’d interrupt lesson plans with random queries or answer a question without raising my hand and being called on — “I just have to get it out,” I would (truthfully) tell my parents (I still tell them this). And soon came the ultimatum — either get Garret on Ritalin or he will be kicked out of St. Mary’s Academy for disruptive behavior.

I soon had to see a psychiatrist — at age 11. Sitting there on the hard as a board couch in her fancy office, I noticed all these seemingly important degrees on the wall behind her desk. I noticed how tightly pulled back her hair was, and how there didn’t seem to be a single speck of dust in the entire room (I finger tested the surfaces). After our first session, she looked me dead in the eyes and said, “You know, you’re a really intelligent kid, Garret. There really isn’t anything wrong with you. You just have no creative or constructive outlets to plug into.”

Regardless of her assessment, I (like countless other kids of my generation) was put on Ritalin. I hated it right from the get-go. I hated that I had to stand in line with other pill kids at lunchtime and be handed a small tablet in my hands like a scene out of the film “One Flew Over The Cuckoo’s Nest.” I also hated the fact my peers who didn’t have to stand in line with me always seemed to know where I was going (the nurse’s office) when my class headed to lunch.

“There he goes, Garret, getting his crazy pills. Make sure to take two this time,” they’d snicker and howl. And that ridicule lasted all through middle school, onward into high school. It only ceased when I finally put my foot down. I didn’t want to be on pills. I didn’t want to be a zombie sitting there in the classroom, unresponsive and as bland as a whiteout blizzard. I wanted to be me, hell or high water, and I didn’t care how much effort or focus I’d need to put forth to do so in a productive manner.

When my mother saw first-hand just how distraught and serious I was about stopping my medication, she asked me if it was what I really wanted. I nodded yes. OK, she said. And I never stood in line or was handed another tablet of Ritalin again. By that time, I had found my “outlet,” which became running, a sport I excelled at in high school and in college, all of which opened the doors of friendship and acceptance by those who once taunted me. Such is life, eh?

At 31, I still think back (often) to those innumerable times I had to stand in line and enter my impending time-release stagnation of thoughts and actions. And in the 15 or so years since I last was given a pill, I’ve discovered writing — my true passion and calling in life, whether you like it or not. For a kid that couldn’t sit still for one single solitary moment in the classroom, I can plop down and write for hours at a time, completely immersed and focused, only to come up for air (or the occasional beverage) every once in awhile.

The point of this column isn’t to tell some sob story, nor is it to garner some kind of sympathy. What it goes to show is the mere fact we are all a little “out of it,” especially in this world of modern technology and instant gratification. And to also encourage folks that there really isn’t anything wrong with you (or your thoughts, feelings and actions), you just haven’t found your outlet, that one thing that truly captures not only your attention but also you as a whole — the singular beautiful creature that is you (and only you).

(To reach Garret K. Woodward, message him at This email address is being protected from spambots. You need JavaScript enabled to view it..)

1 The 10th annual Highlands Food & Wine Festival will take place Nov. 10-13 at venues around the community.

2 The Heritage Arts Holiday Festival will be from 10 a.m. to 4 p.m. Saturday, Nov. 12, at Southwestern Community College in Bryson City.

3 The Eritrea Friendship Dinner celebrating East African culture will be from 6 to 8 p.m. Saturday, Nov. 5, at the Folkmoot Friendship Center in Waynesville.