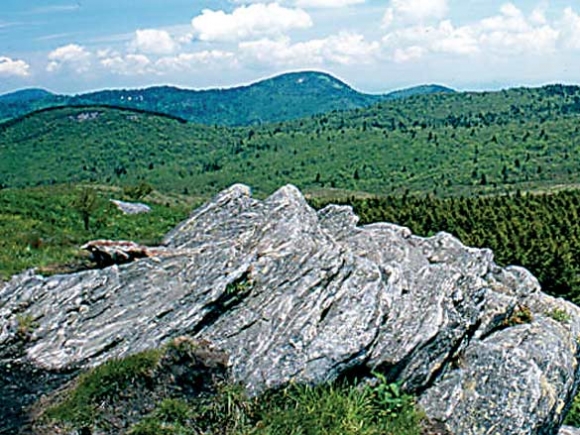 Well it seems there was one and I’m sure it could have been my fault. Smoky Mountain News reporter Holly Kays called me Wednesday morning — Oct. 12 — to ask me what I thought of Haywood County commissioners’ latest resolution regarding wilderness designation in the Pisgah and Nantahala national forests. I told her I didn’t know, as I hadn’t seen the resolution. I told her I had a copy on my computer but that I hadn’t looked at it.

We talked a little while about the Haywood commissioners’ original resolution from February 2015 and just in general about other Western North Carolina county commissioners’ resolutions opposing wilderness designations and recent legislation in Washington proposed by Sen. Thom Tillis, R-Huntersville and Rep. Mark Meadows, R-Cashiers, (and being the slacker I am I was unaware of Meadows’ proposals until Kays told me.)

So Thursday morning I pulled the (Haywood) resolution or “explanation” thereof up and looked at it and called Kays. Kays wrote in an Oct. 19 Smoky Mountain News piece, “The commentary on the resolution points out that the wilderness extensions under consideration in Haywood County include areas that are heavily used, have existing amenities not consistent with wilderness or include well-used roads in their boundaries.

“Naturalist Don Hendershot, a Haywood resident who also does contract work for the Forest Service, doesn’t buy the argument.

Then Kays went on to say, “However, The Wilderness Society, one of the most vocal groups in support of additional wilderness, sees Haywood’s point — mostly.

Perhaps my skin is getting thinner as I grow older — but this looks to me like Kays is saying that the Wilderness Society (quotes from Brent Martin and Jill Gottesman) and I have differing opinions regarding the Haywood commissioners’ “explanation.” And this is false.

In fact, upon reading Kays’ article, I called Martin and Gottesman to see what their take was on the Haywood commissioners’ “explanation.”

There are numerous wilderness areas across the country that have improved amenities adjacent to them. There are numerous wilderness areas that are either bounded by, or have heavily used roads adjacent to them. Ever hear of Cumberland Island Wilderness Area? It has a road dead through the center of it. And it has gift shops and welcome centers incorporated within its boundaries.

Think about it – the Haywood “explanation” states that the existence of Forest Service Road 97 and its regular use is reason to discount any wilderness in the area. Hmmm. Any idea of how one gets to FSR 97? Well it’s via N.C. Highway 215, which serves as a boundary for the Shinning Rock Wilderness.

I didn’t see anything about it in Kays’ article but we talked about how motorized access is pretty common in “Wilderness Areas” across the country and how my pet peeve — “their gonna lock it up and throw away the key” is basically nonexistent in today’s wilderness designations.