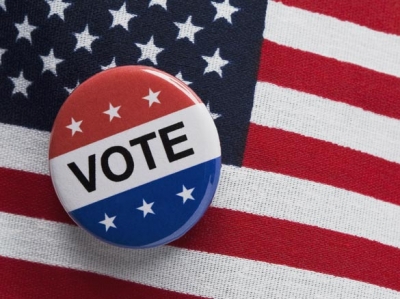 Haywood County Commission candidates faced off last Thursday at a forum hosted by The Mountaineer, and while there wasn’t a lot of dissention among them, the questions they received provide insight into the needs and wants of Haywood County residents.

In fact, candidates were unanimous in their desire for high-speed internet in the county. Democrats Steve Brown, Robin Greene Black, and Republicans Kevin Ensley and Brandon Rogers all agreed that broadband was a top three priority.

Brown, executive director of the ARC of Haywood County, a social services agency that aids individuals with developmental disabilities, opined that there is a mental health and substance abuse crisis in Haywood County, while Black added affordable housing to her list of priorities.

But all four candidates also mentioned expanding sewer and water infrastructure as another important driver of economic development.

Commissioner Ensley, a surveyor by trade, spoke most authoritatively on the matter, mentioning it not only as a financial boon to the county but also as a prerequisite to solving the county’s affordable housing crisis.

On taxes, candidates were asked if there were any situations in which they would consider raising taxes. Ensley answered first, stating that he’d consider it only if the community asked for it; next, Rogers succinctly stated that he’d “never say never,” but as a small businessman — he owns Rogers Express Lube and Tire in Canton with his father, Buddy — he’d raise taxes only as a last resort.

“I believe that we need to do everything we can to keep taxes as low as we can,” Rogers said.

Brown and Black repeated Rogers’ assertion, with Black emphasizing the expansion of the county tax base so that rates could be lowered. Brown, however, reminded the room that 34 percent of county land is owned by the federal government.

“It limits us on the amount of evaluation,” he said.

One thing that many people don’t realize is that at least 70 percent of the county’s budget is claimed by state- or federally-mandated services, leaving commissioners with what Rogers said was about 25 percent of the budget subject to the commission’s discretionary priorities.

As far as reducing spending within that 25 percent in order to lower taxes or balance a budget, all candidates agreed that cutting debt service payments and keeping a handle on unfunded liabilities was one of the few practical ways to contribute to the county’s financial health.

Comprehensive land planning has long been a contentious issue in Haywood County. There is no formal comprehensive use plan right now, but recent developments including the controversial indoor shooting range in Francis Farm and the recently-passed high impact development ordinance suggest a slow building acceptance in the county of at least some land use planning.

Black said the county is too small and too diverse to apply a large master plan to developments and favors the use of ordinances like the high impact ordinance.

Brown chipped in by referring to enterprise zones recently created in Jackson County, something Ensley agreed with as he continued to bolster his support of sewer and water infrastructure as an economic driver. Rogers said he didn’t disagree with the others, but again stressed the overregulation of businesses and his desire to see such ordinances kept to a minimum.

The candidates were also asked which characteristics or phrases best described them. Black drew laughs when she said she was accountable (“I’m an accountant”). Rogers and Brown both said “Christian,” and Ensley described himself as a team builder.

The subject of how to best augment county economic development was one where the candidates most differentiated themselves from each other.

Ensley cited the recent inter-local agreement with the town of Canton, whereby the county will contribute $200,000 toward improvements meant to aid Western Carolina Freightliner in its move to the former An-Ton auto dealership on Champion Drive near Interstate 40 in Canton. The payback on the $200,000 is expected to be five to seven years as anywhere from 25 to 60 jobs are created and sales tax on trucks, truck parts and truck repairs ramps up.

The final question dealt with a recent report suggesting that Haywood County is losing teachers to adjoining counties and states that have higher supplement pay. Rogers “absolutely” supports raising that supplement pay, as does Black.

“The fact is, we’re funding our schools less at the county level,” Black said.

Ensley suggested waiting for the results of a recently convened school board panel tasked with studying the issue. Brown said he wasn’t in favor of a line item increasing the supplement, but is in support of finding better ways — including funding — to keep experienced educators in the county.

County commissioner candidates will again face off to expand on their answers and field new questions at the Folkmoot Friendship Center on Thursday Oct. 20, when The Smoky Mountain News will host a forum and candidate meet-and-greet starting at 6 p.m.